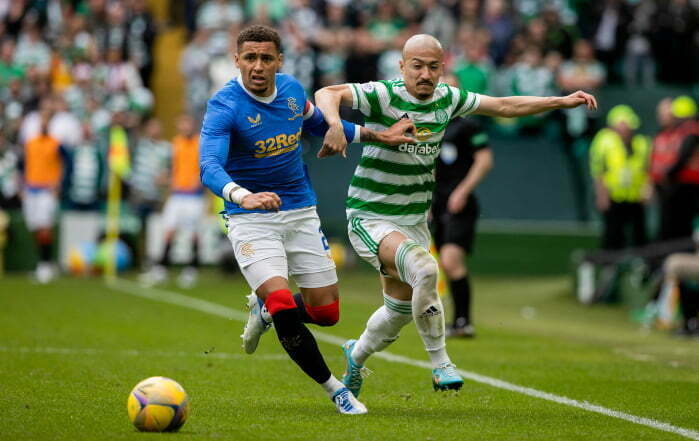 Alison McConnell: Either Celtic or Rangers will record ‘invincibles’ campaign this season

Between them, Celtic and Rangers have clocked up 14 goals across their opening two league games with just one in reply.

St Johnstone were summarily dismissed at Ibrox on Saturday before Celtic swatted Kilmarnock away with an ease that suggested the score line could have been higher.

Given the show of strength that has come domestically since last weekend’s curtain-raiser, there is a question to be asked as to whether either of the two will stumble in the Premiership this season.

On current form it is difficult to see just who will stop Rangers or Celtic apart from one another.

If that makes the opening derby of the season a mouth-watering prospect at the start of September, it also reflects the disparity in resources between the Glasgow two and everyone else.

Hearts might fancy their chances of putting a spoke in their wheel, particularly at Tynecastle, but on current evidence it would not be a stretch to see another Invincibles campaign looming.

Certainly, the four games where Giovanni van Bronckhorst and Ange Postecoglou go up against one other is where the league will be won or lost.