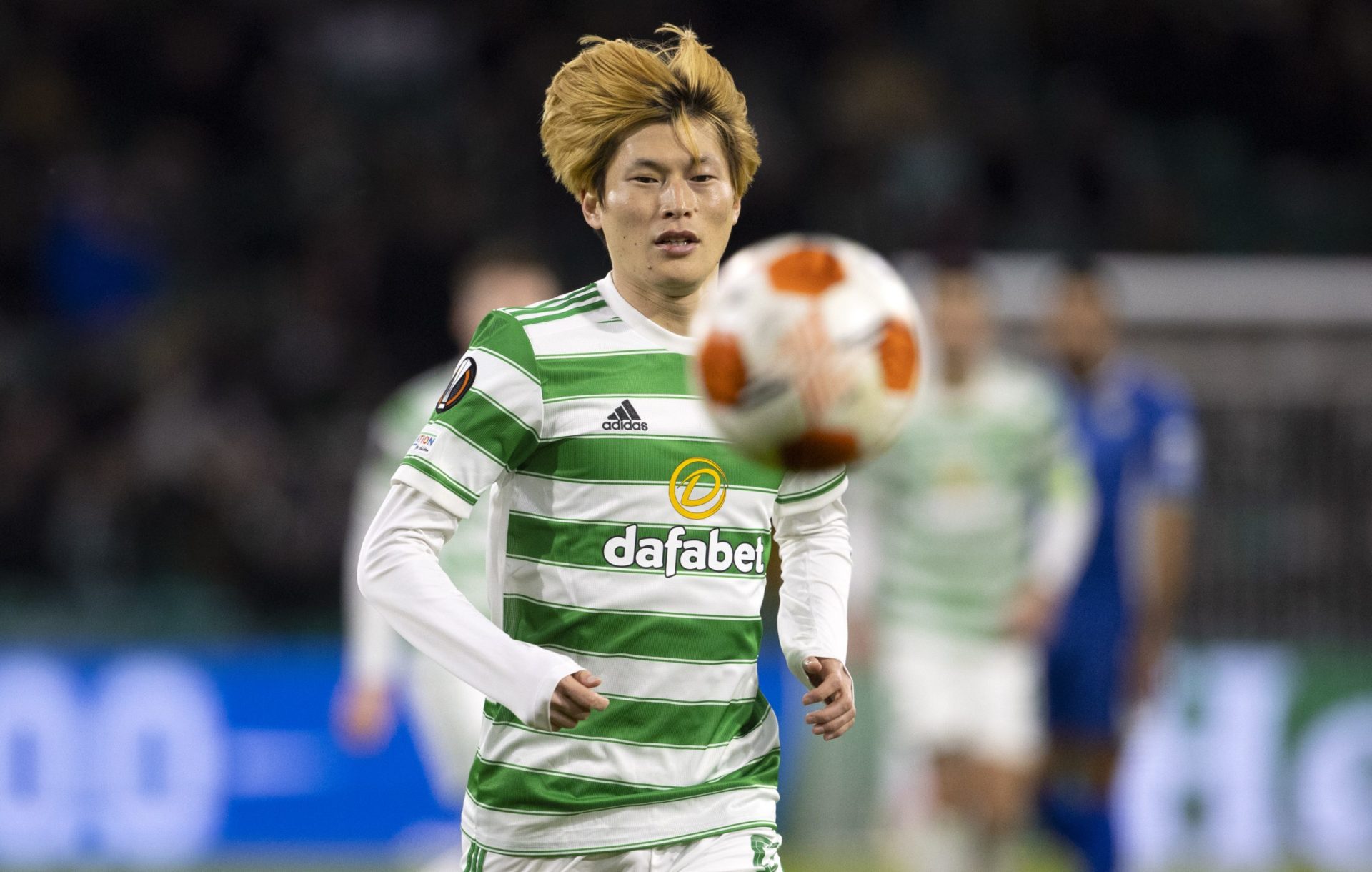 More notable, though, were his comments that appeared within the Japanese media yesterday, suggesting that a return could be imminent.

Ange Postecoglou is notoriously protective about the fitness stages of his injured players, forever unwilling to indulge in time frames for a return.

Kyogo netted 16 goals from his opening chapter with Celtic and while little can be guaranteed from his training ground appearance, he could be the player to really kick Postecoglou’s side on if he is fit and available after the international break.

Celtic look like the form team in the country at the minute given the way in which they have hit their stride in recent weeks.

Giorgos Giakoumakis will feel that his weekend hat-trick and return since January earns him a firm grip of the starting jersey while Daizen Maeda has been impressive of late too.

Furuhashi, however, took on talismanic qualities following his arrival at Celtic. If he’s fit and available he is straight back in.