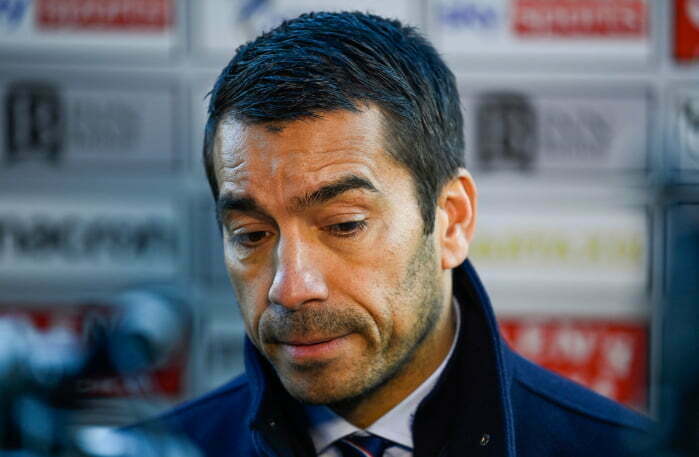 It is a truth universally acknowledged in Glasgow that any Celtic or Rangers manager trailing by seven points in the title race in November is on exceptionally thin ice.

Giovanni van Bronckhorst has found himself under intense pressure ahead of Wednesday night’s game at Ibrox against Hearts following an insipid month where domestic performances have been significantly under par.

If the Champions League offered an embarrassing return, it would have been tolerated so long as pace was sustained in the league.

The combination of the worst ever Champions League record alongside a failing domestic campaign has put the Dutchman firmly up against the loud ticking of a clock now.

One more slip and it would become impossible to make a case for the defence, assuming one exists just now.

Financially there are considerations to be made at boardroom level but ultimately the bigger question may be that Rangers cannot afford not to make a managerial change given the way in which the season is eroding from under their feet.

There are other matters too regarding the contribution of players who looked to have been allowed to go firmly off their sell-by date at Ibrox.

Alfredo Morelos is so out of condition it is impossible to see anyone paying money for him while Ryan Kent’s lack of creativity is significant in terms of the club’s inability to turn games like yesterday’s around.

A catalogue of poor decisions amount to considerable cost.