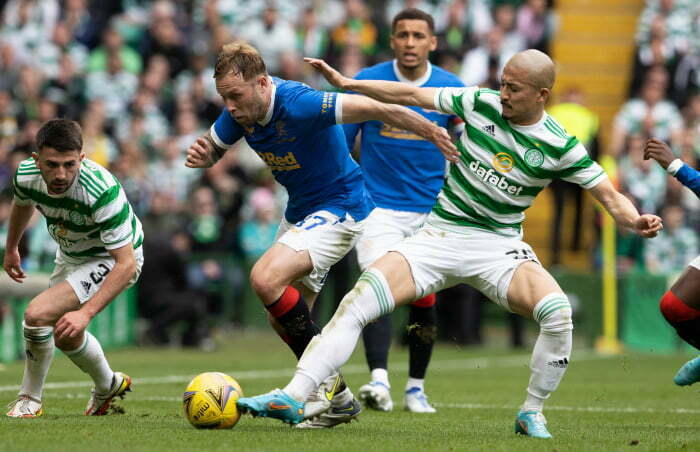 The month ahead will throw up some tantalising meetings as the Champions League and Conference League kicks off for Celtic, Rangers and Hearts.

But despite the magnitude of Real Madrid heading to Glasgow the biggest game on the horizon in Saturday’s meeting at Celtic Park as a buoyant Ange Postecoglou’s side host Rangers in the opening derby of the season.

These games tend to be a barometer of league success; only six times in the last 37 years – last term being one of them – has the team who lost the first of the four meetings between the teams gone on to win the title.

Both have Premier Sports Cup duty to occupy them before they get to the nitty-gritty of the lunchtime showdown; Rangers host Queen of the South tomorrow while Celtic make the trip to Dingwall on Wednesday.

Postecoglou’s side have netted 21 goals from their opening five games of the season in what has been a rampant start to the defence of their title.

Rangers have slipped at Easter Road meaning that a win at the weekend could give Celtic a five point lead.

Even at this early juncture of the campaign it would give them a commanding advantage – and a huge psychological boost.

It is a game that Rangers daren’t lose but on current form it is impossible to see beyond Celtic and the attacking prowess they have.