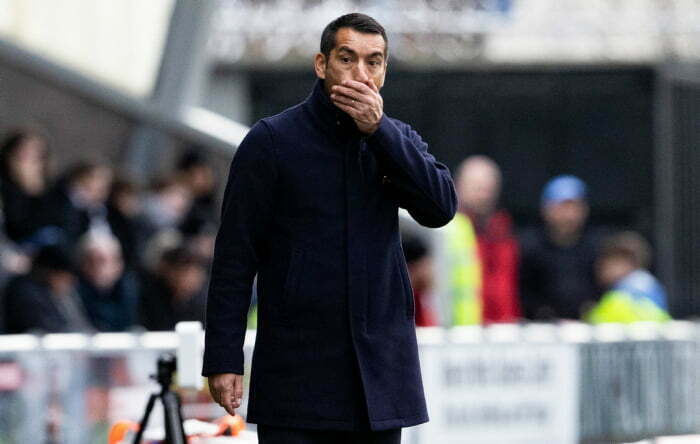 Alison McConnell: Time not on Rangers’ side as van Bronckhorst sack looms

By Cheryl SmithNovember 14, 2022No Comments

Rangers cannot afford to hang about as they deliberate over the future of Giovanni van Bronckhorst.

Nine points behind Celtic at this stage of the season is clearly unacceptable with the manner of lacklustre performances as concerning as the lack of results.

With the January transfer window coming up it will be imperative for Rangers to make changes and try to inject some energy into the squad and, more importantly, to offload players who have sported a look throughout the campaign of not wanting to be there.

This season’s league title race has gone but there rebuilding work could effectively take place for a new manager coming in with no games now until Rangers host Hibs in December.

That time would allow a new manager to bed in and organise a coherent and visible style at Rangers.

If the decision is made to stick by van Bronckhorst then it is a decision that will need to be explained to the support who are understandably alarmed at the unravelling that has taken place since making it to last season’s Europa League final.