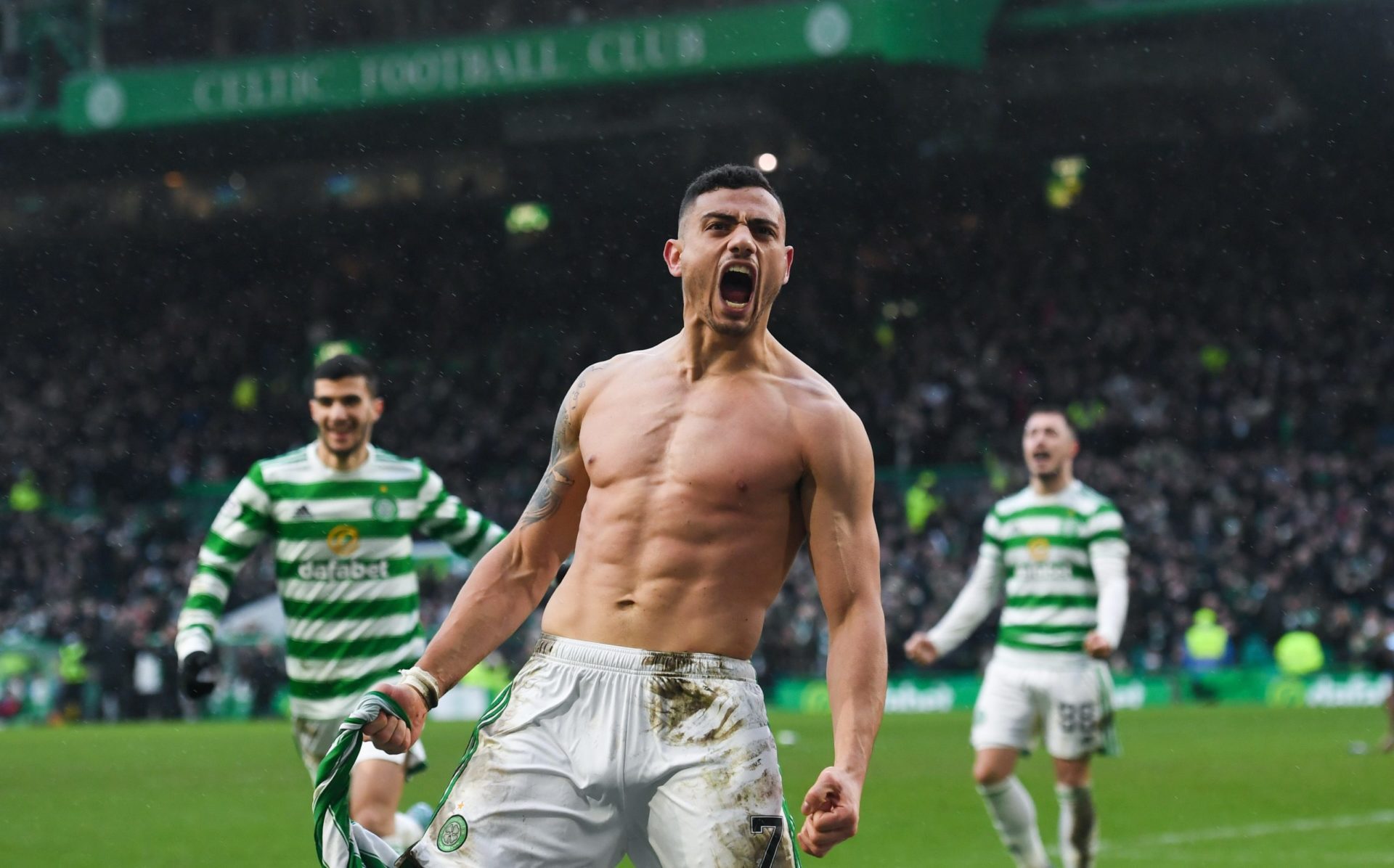 Alison McConnell: Title race too tight to call but impetus is at Celtic’s back

Giorgios Giakoumakis might have found his voice but more importantly for Celtic is that he has found his feet.

The Greek forward scored three fairly classic centre-forward’s goals yesterday afternoon without ever really imposing himself upon the game.

Having missed a penalty against Livingston back in October on an afternoon when Celtic squandered the chance to go top of the league, the roar that greeted his winner against Dundee would have felt like redemption.

There was relief on both parts; Giakoumakis whipping off his top as he celebrated was as much about his own sense of vindication while the joy of the crowd was a bursting of the pressure that Celtic had been under after they flirted with allowing Rangers off the hook following the draw at Tannadice.

The league remains too tight to call but the impetus is all at Celtic’s back after overhauling a six-point deficit to go three points clear.

Yet the Parkhead side have shown an unsteadiness defensively in recent weeks with set pieces a perennial Achilles heel.

Still, it was difficult not to feel that the way the results fell at the weekend in Celtic’s favour will be telling come the end of the season.