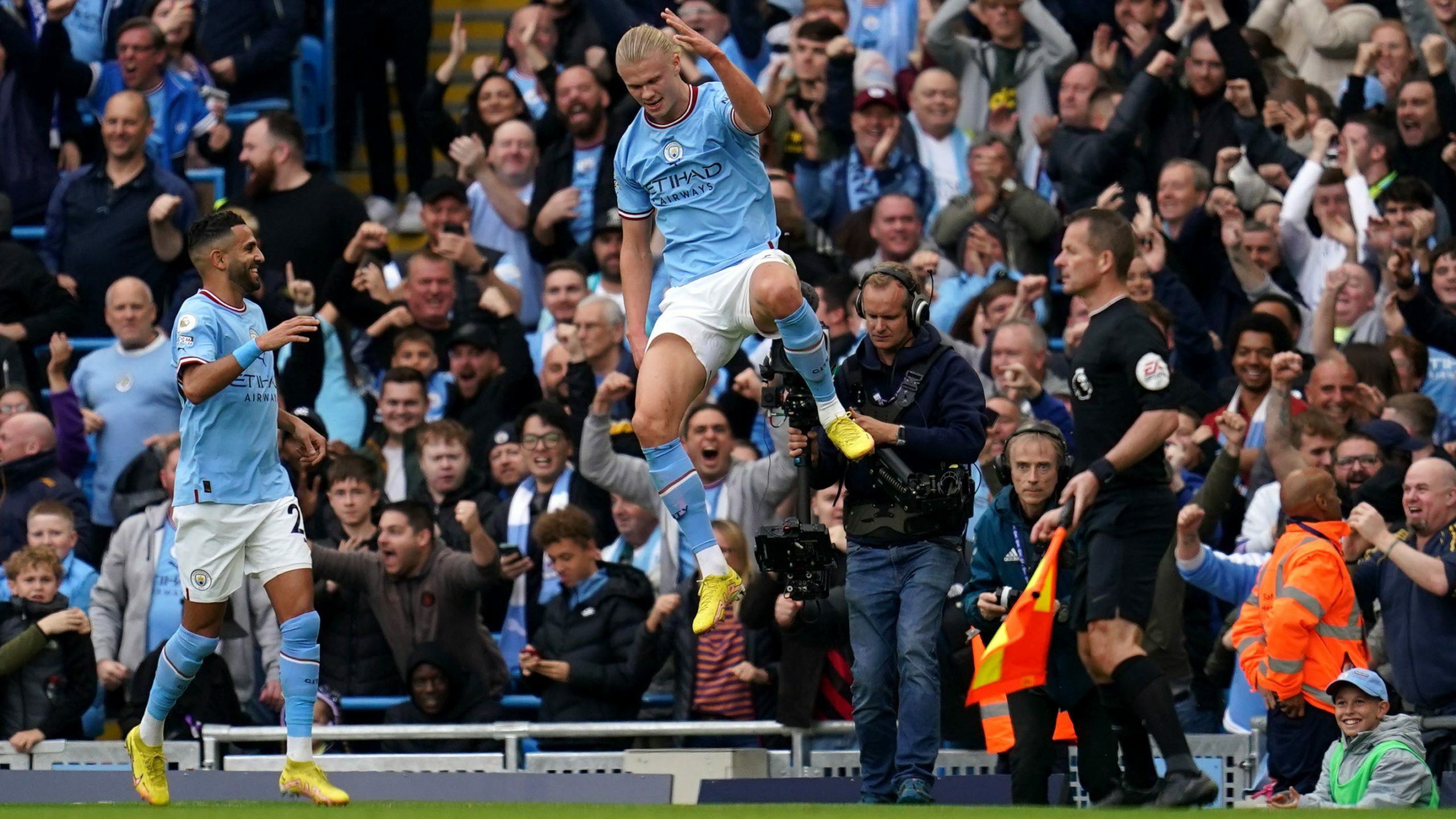 Two more goals for Erling Haaland this weekend took him to 17 in his first 11 Premier League games.

As the Norwegian continues to set an unprecedented scoring pace, the PA news agency takes a look at his record so far.

Haaland’s tally of 17 league goals is already more than any City player scored last season, when Kevin De Bruyne led the way with 15, and would have matched Harry Kane for fourth place in the Golden Boot race.

They have come from just 47 shots, a goal every 2.8 attempts, and he has scored in nine of his 11 games including three hat-tricks and a further two doubles after Saturday’s efforts against Brighton.

His record could be even more extraordinary, with two efforts against the woodwork while the Premier League’s official website records him with seven ‘big chances missed’.

While 11 of his goals have come with his trusty left foot, there is no easy path to stopping him – he has also netted three times each with his right foot and his head, along the way notching a ‘perfect’ hat-trick in the 6-0 win over Nottingham Forest.

Haaland’s next league goal will see him already match the lowest ever Golden Boot-winning tally of 18, in 1997-98 and 1998-99 and both in three-way ties involving then-Liverpool striker Michael Owen.

More than a finisher

Pep Guardiola is a famously demanding manager and Haaland has been involved in City’s team play, beyond just his goalscoring.

He may be some way down the rankings among City players for passes (15th, with 165 attempted so far) and overall touches (14th with 291) but he has created six ‘big chances’ and three goals – two for Phil Foden in a Manchester derby in which both players scored hat-tricks, and one for Ilkay Gundogan against Bournemouth.

An imposing aerial presence, Haaland has been called upon to contribute defensively at set-pieces and has delivered with four headed clearances and an impressive six shots blocked.

Haaland also has five goals in three Champions League appearances for City, underpinning their dominance of Group G and lifting him further up the competition’s scoring charts.

With 28 goals in his first 22 appearances in UEFA’s premier club competition, for RB Salzburg, Borussia Dortmund and City, he already shares 28th place on the ranking – with former Manchester United winger Ryan Giggs, who played 141 games to get to that tally.

Another three will take him into the top 20 – though in the short term, City’s serene progress may count against him.

He has been substituted in all three appearances and remained on the bench throughout the goalless draw with FC Copenhagen last time out. With qualification already assured he may continue to play a limited part in the remaining games – though he will hope to feature this Tuesday, on the return to his former stomping ground against a Dortmund side who can still pip City to top spot in the group.