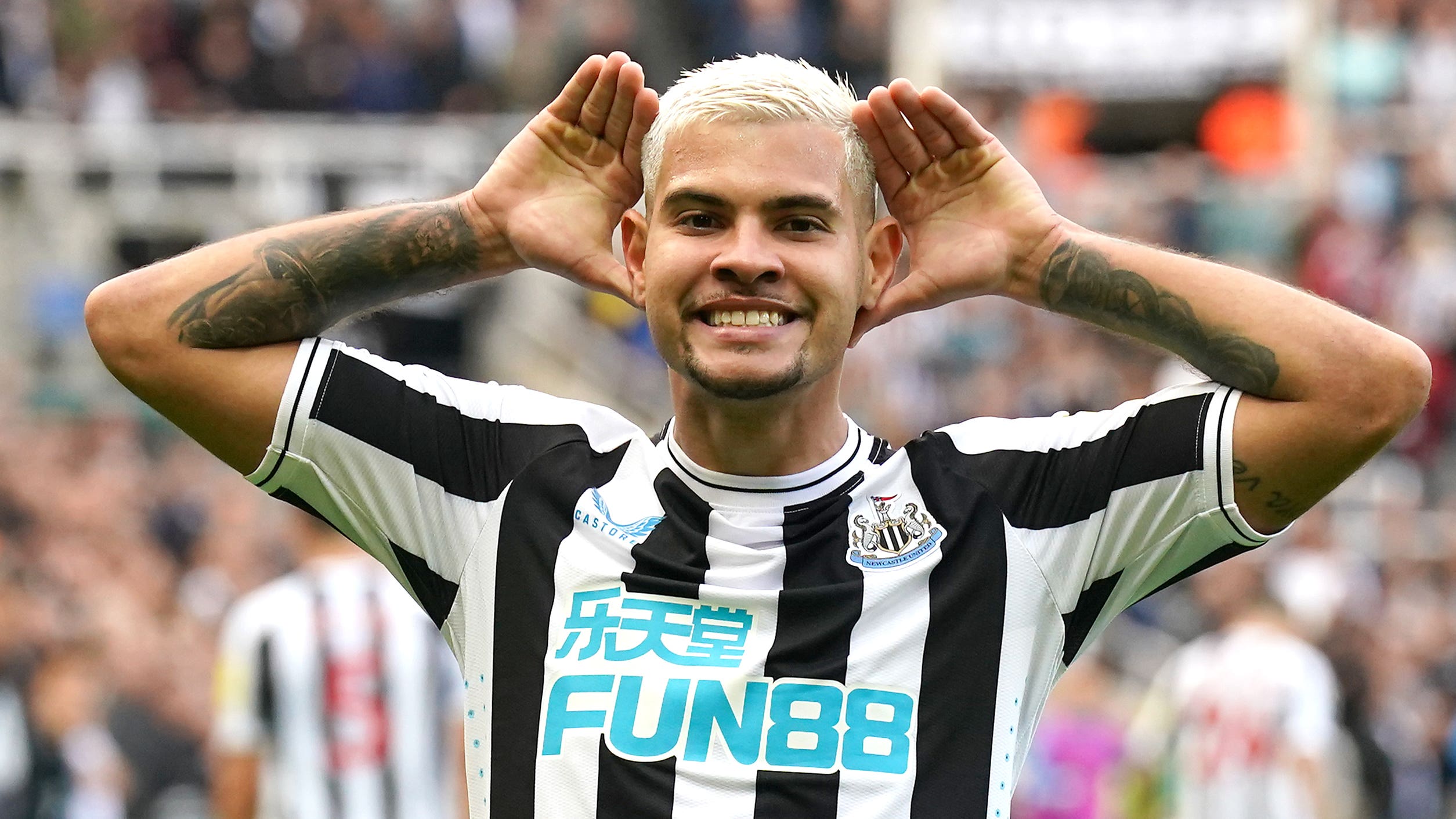 A closer look at Bruno Guimaraes, a player who is catching the eye on Tyneside

By By Damian Spellman PAOctober 14, 2022No Comments

Bruno Guimaraes has established himself as one of the the Premier League’s rising stars after a spectacular start to his career in English football.

The 24-year-old Brazilian, a £36million January signing from French club Lyon, has swiftly become the flag-bearer for the Tyneside revolution inspired by the club’s new Saudi-backed owners.

Guimaraes has won both popular and critical acclaim for his efforts to date. Here, the PA news agency takes a closer look at a man who is already the talk of the Toon and far beyond.

Who is Bruno Guimaraes?

Born in Rio de Janeiro, Guimaraes made his professional debut for Audax as a 17-year-old before joining Athletico Paranaense and then Lyon. He won Olympic gold with Brazil at Tokyo 2020 and has since established himself in the senior national squad. Wearing the 39 shirt – the number of the taxi his father Dick drove – he made his Newcastle debut as a substitute in a 3-1 Premier League win over Everton on February 8 and marked his first start with an audacious goal in a 2-1 win at Southampton on March 10.

How did Newcastle get their hands on him?

That is a question which is perhaps currently being asked in boardrooms in more than one country. The Magpies’ new-found spending power was a factor but with Arsenal and Juventus having also been linked with the midfielder, the decision to fly head of recruitment Steve Nickson out to South America to seal the deal while the player was on international duty proved decisive. Despite the fact Newcastle were 19th and among the favourites to be relegated at the time, Guimaraes’ four-and-a-half-year deal did not include any escape clause.

What has he contributed?

Guimaraes’ statistics make for impressive reading – the Magpies have a 58.8 per cent win ratio with the 24-year-old starting and 44.4 per cent without him since his arrival, and he has scored seven times in 23 appearances with his goals against Southampton and Leicester last season worth five points to the Magpies. He averages 1.41 shots and 0.38 goals per 90 minutes with a conversion rate of 26.9 per cent. However, the numbers tell only part of the story and his drive, vision and leadership have proved so valuable that head coach Eddie Howe has described his £36million price tag as a “bargain”.

What do the fans think of him?

Unsurprisingly they love him, to the extent that his standing among the club’s greatest midfielders – a field which in recent decades alone includes Rob Lee, Gary Speed, Yohan Cabaye and before them, a youthful Paul Gascoigne – is already being debated. He hit the ground running and his technical ability, industry and commitment, as well as a prominent social media profile, have instantly established him in the affections of supporters who know a talisman when they see one.

What about the pundits?

Guimaraes’ efforts to date have not gone unnoticed by the ex-professionals now plying their trade in the media. Jamie Carragher described the Brazilian as a “complete midfield player” in the wake of Saturday’s 5-1 win over Brentford, while fellow Sky Sports pundit Roy Keane praised his “football intelligence”. Former Magpie Alan Shearer dubbed his performance against the Bees as “different class”, while Match of the Day colleague Ian Wright said he has “everything” in his game.

How do the Magpies keep hold of him?

Newcastle persuaded Guimaraes to buy into their project when he had more than viable alternatives, and a man who has been monitored by Real Madrid is likely to be in demand if he maintains his form. The likes of Cabaye, Moussa Sissoko and Demba Ba were sold moves to St James’ Park as a stepping stone, but he was recruited as the keystone to an ambitious plan to challenge for honours within five to 10 years. The club now has the financial firepower to resist suitors – the challenge will be to continue to convince one of their prize assets he can fulfil his dreams on Tyneside.