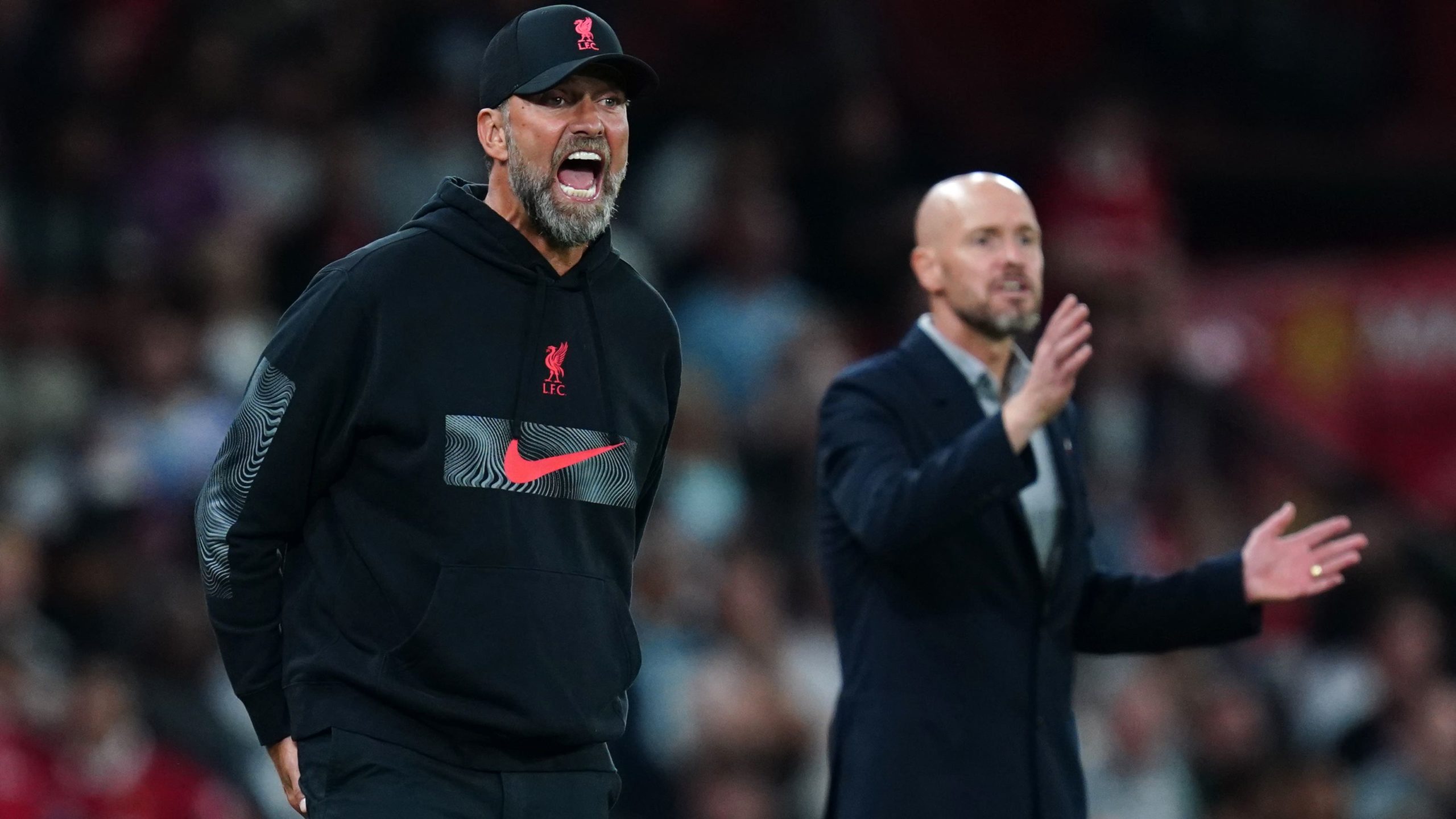 Jurgen Klopp’s side were beaten 2-1 to leave them on two points from three games, already five behind title rivals Manchester City and seven adrift of leaders Arsenal.

Here, the PA news agency assesses their dismal start and how it compares to previous years.

Klopp’s side trailed twice to goals from Aleksandar Mitrovic, the second a penalty, but new signing Darwin Nunez came off the bench to score the first equaliser and set up the second for Mohamed Salah.

If Nunez’s Premier League debut was a triumph, his first start was in stark contrast as he was sent off for headbutting Joachim Andersen. His side were already trailing to Wilfried Zaha’s goal at that point but Luis Diaz earned them a point.

Liverpool headed to Old Trafford looking to pile the misery on their in-crisis rivals, but the game ended with Erik ten Hag’s side above the visitors in the table. Goals from Jadon Sancho and Marcus Rashford gave United a deserved 2-0 lead and despite Salah’s goal setting up a tense finale, Klopp’s side could not conjure an equaliser.

Liverpool and Manchester City’s recent dominance of the Premier League means it is the first time since the 2012-13 season the Reds have taken so few points from their opening three games.

On that occasion they managed only a solitary draw, with City, in between defeats to West Brom and Arsenal – and indeed went on to suffer a five-match winless start after they were held by Sunderland and beaten by United.

That left them 18th in the table and, though Brendan Rodgers’ side recovered somewhat to finish seventh, that is only one place better than their lowest Premier League finish.

It is only the seventh time Liverpool have had three points or fewer at this stage, with an average finishing position of fifth in those campaigns. Under Klopp’s management, they had averaged seven points from their first three games prior to this term.