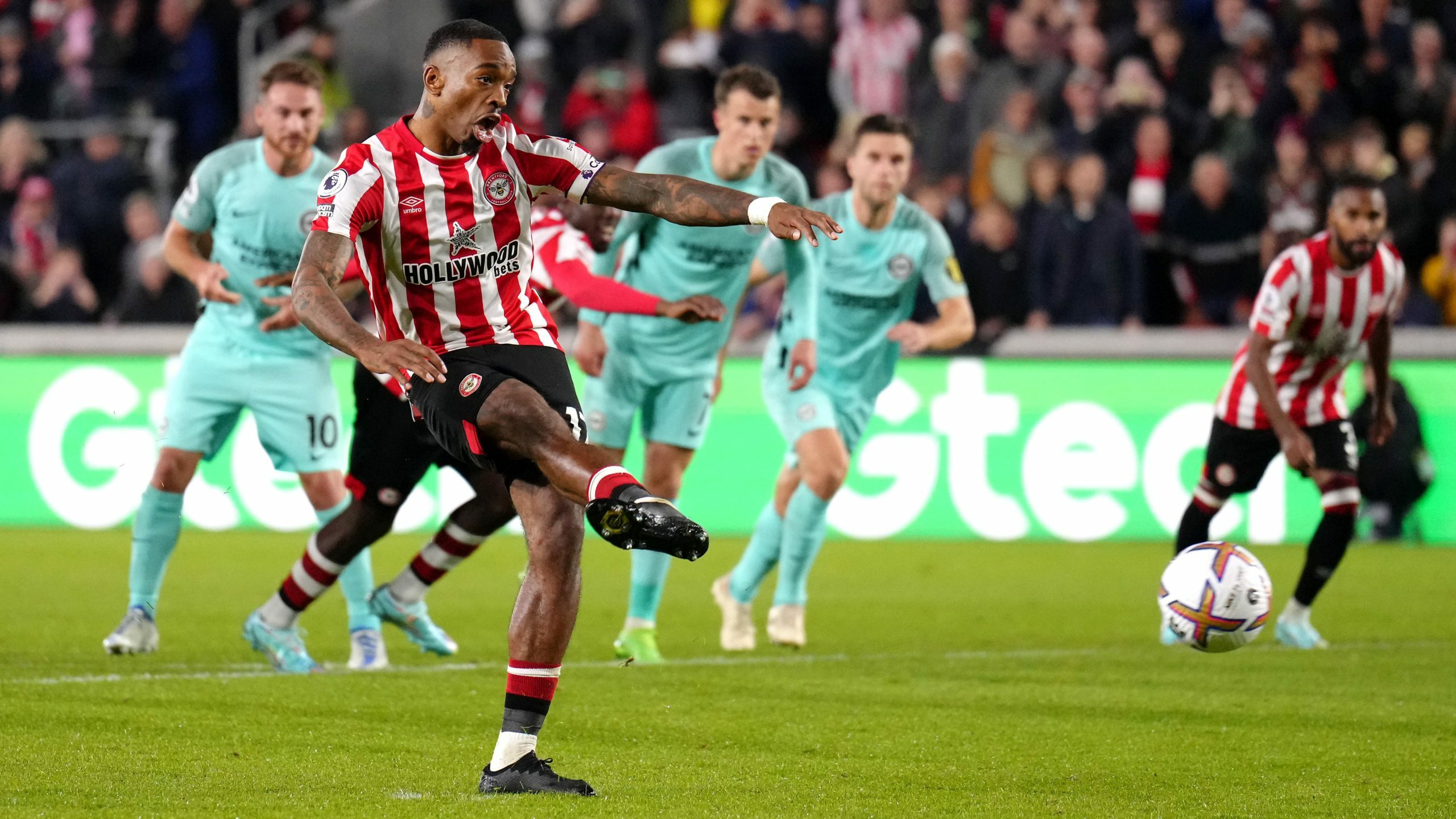 The Bees striker was included in England’s squad for their Nations League games against Italy and Germany and though he did not feature, the spectre of a shoot-out in Qatar means Gareth Southgate will be hard-pressed to ignore the man described by his club manager Thomas Frank as “the best penalty taker in the world”.

Here, the PA news agency looks at Toney’s record and how he compares to England’s options.

Toney netted a consolation in Brentford’s heavy defeat to Newcastle from the spot then scored the second of his two goals in the win over Brighton from the same source.

He now has seven successful penalties from seven in the Premier League – only former Manchester City midfielder Yaya Toure and ex-Tottenham and Manchester United striker Dimitar Berbatov can boast a perfect record from more Premier League penalties, with 11 and nine respectively.

The Brentford star’s unblemished statistics stretch further back than that, though, with 20 out of 20 since he joined the club from Peterborough in 2020.

For his career as a whole, his record excluding shoot-outs reads 26 penalties taken, 25 scored, with the one black mark coming when he was denied by then-Barnsley keeper Adam Davies in 2018 while playing for Posh.

He has been similarly consistent in shoot-outs, scoring six out of seven and only failing when Bradford’s Ben Wilson saved his effort in the FA Cup in 2018.

Spot on for Qatar?

England’s penalty woes at major tournaments have been well documented, with the latest heartbreak coming in last summer’s European Championship final when Marcus Rashford, Jadon Sancho and Bukayo Saka missed in a shoot-out loss to Italy.

Southgate later bemoaned his squad’s lack of experience from the spot, listing only captain Harry Kane and fringe midfielder James Ward-Prowse as regular penalty takers at club level after Rashford fell down the pecking order at Manchester United.

“When we played Italy, their top five had taken more than 40 penalties in competitive matches,” Southgate said in March. “Kane is at that level and Marcus is next at 20.”

Toney bridges that gap with a record of 31 out of 33 including shoot-outs – and his 94 per cent success rate is higher than that of Kane, who has converted 60 of 70 or 86 per cent.

Rashford (14 of 17) is also over 80 per cent along with Tammy Abraham, an alternative to Toney as Kane’s back-up and boasting a record of 14 out of 16 from the spot. Southampton captain Ward-Prowse has scored 13 out of 17 (76 per cent).

Chelsea duo Raheem Sterling and Mason Mount and Manchester United defender Harry Maguire are the only other England players with 10 senior penalties to their names, though Sterling has a poor conversion rate of 50 per cent. Eight of Mount’s 10 and all of Maguire’s penalties have come in shoot-outs.

Saka has responded in style to his Wembley nightmare, taking and scoring three Premier League penalties for Arsenal since, and against Chelsea, Manchester United and Liverpool to boot. That matches Sancho’s three-from-three in-game record.

Jarrod Bowen has seven successful penalties out of nine for West Ham and his previous club Hull, while Reece James, Kalvin Phillips – both injury concerns for Qatar – Eric Dier and Trent Alexander-Arnold have consistently found the net in shoot-outs.