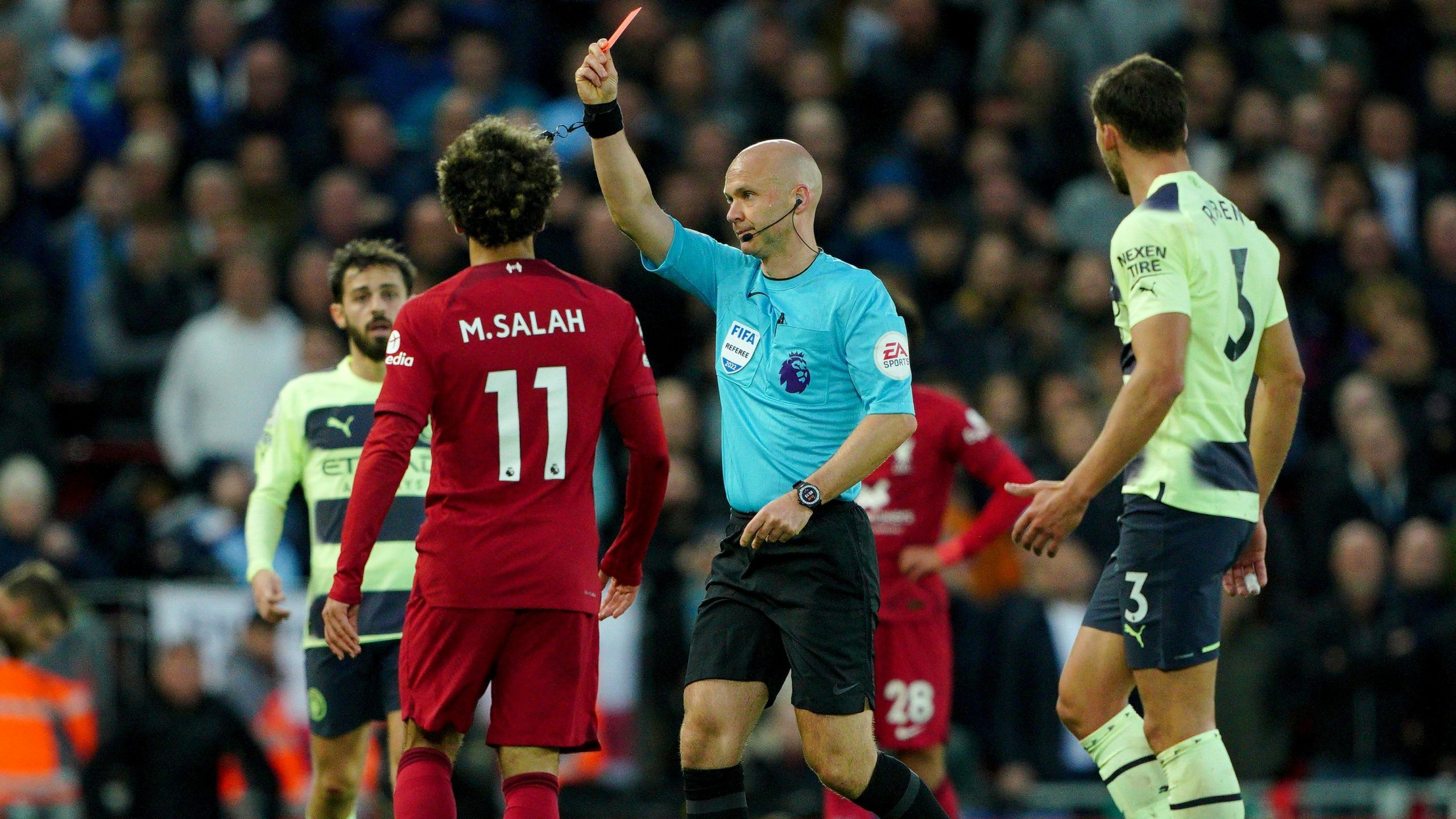 By By Andy Hampson PAOctober 18, 2022No Comments

The bad blood that has surfaced between Liverpool and Manchester City in recent years is now in full view after a feisty Premier League clash between the two clubs at Anfield on Sunday.

Here, the PA news agency looks at the origins of this animosity.

Firstly, what happened on Sunday?

Liverpool put aside a poor start to the season to beat the reigning champions, and the side with whom they have gone head-to-head for the title in recent seasons, 1-0 on an afternoon of high tension.

Amid a ferocious atmosphere, City manager Pep Guardiola complained coins were thrown at him from the crowd as he reacted to Phil Foden having a goal disallowed following a VAR review. Tempers further boiled over on the touchline when Liverpool boss Jurgen Klopp was sent off for protesting about a decision.

Liverpool issued two statements after the game, the first condemning the coin-throwing and the second expressing deep disappointment at the behaviour of some City fans. They highlighted “vile chanting” and vandalism – namely graffiti – referencing the Heysel and Hillsborough tragedies. City later said the windscreen of one of their team buses was cracked after being struck by an object as it left the stadium.

What has been City’s response to Liverpool’s statement about their fans?

While Guardiola sarcastically referred to the poor aim of Liverpool fans while addressing the coin-throwing issue, City have not officially commented on the matters relating to their fans. They do not condone such behaviour but it is understood there are people within the club who feel that Klopp’s pre-match comments relating to City’s wealth were needlessly antagonistic and inflamed tensions between the sets of supporters.

Klopp suggested that clubs such as City who are effectively state-owned had “no ceiling” and could “do what they want” financially. He said he did not feel others could compete. With some at City understood to have taken an extremely dim view of these comments, the ill-feeling between the clubs seems to have reached new levels.

How did this all start?

Although there is a long history of rivalry between the cities of Liverpool and Manchester owing to their industrial past, there was little enmity between these two football clubs prior to the modern era. In fact, some would say they previously had time for each other given their mutual loathing of Manchester United.

Things began to change about a decade ago as City rose to become Premier League winners following Sheikh Mansour’s takeover. With Liverpool, newly owned by Fenway Sports Group, heading back to the top after a long barren spell, the clubs came to compete for the top prizes not only domestically, but in Europe too.

The arrivals of their inspirational managers – Klopp in 2015 and Guardiola the following year – took standards on the field to remarkable heights and they have seen each other as the main team to beat.

When did the rivalry become hostile?

Because there is a high level of mutual respect between Klopp and Guardiola, who rarely seem to engage in mind games, the rivalry until now has largely been sporting but, make no mistake, there have been signs that hostility has been growing in recent years.

Most notoriously, the City team bus was pelted with missiles, suffering extensive damage, as it made its way through crowded streets to Anfield for a Champions League tie in 2018. A supporters’ coach was also attacked ahead of a key title clash in 2014. Raheem Sterling’s transfer from Liverpool to City in 2015 also went down badly on Merseyside, adding to the bitterness.

Have there been any other incidents or flashpoints?

There have been occasional incidents involving players that have exacerbated or highlighted the rivalry.

In 2019, a video of City players singing a tasteless song about Liverpool fans went viral and sparked anger. Later that year Sterling and Liverpool defender Joe Gomez reportedly had to be separated after a scuffle whilst on England duty and, in 2020, Bernardo Silva refused to join City team-mates in a guard of honour acknowledging the Reds’ title success.

Now it seems that, after Sunday’s game and the subsequent accusations and counter-claims, there will be plenty of needle next time the two sides meet.