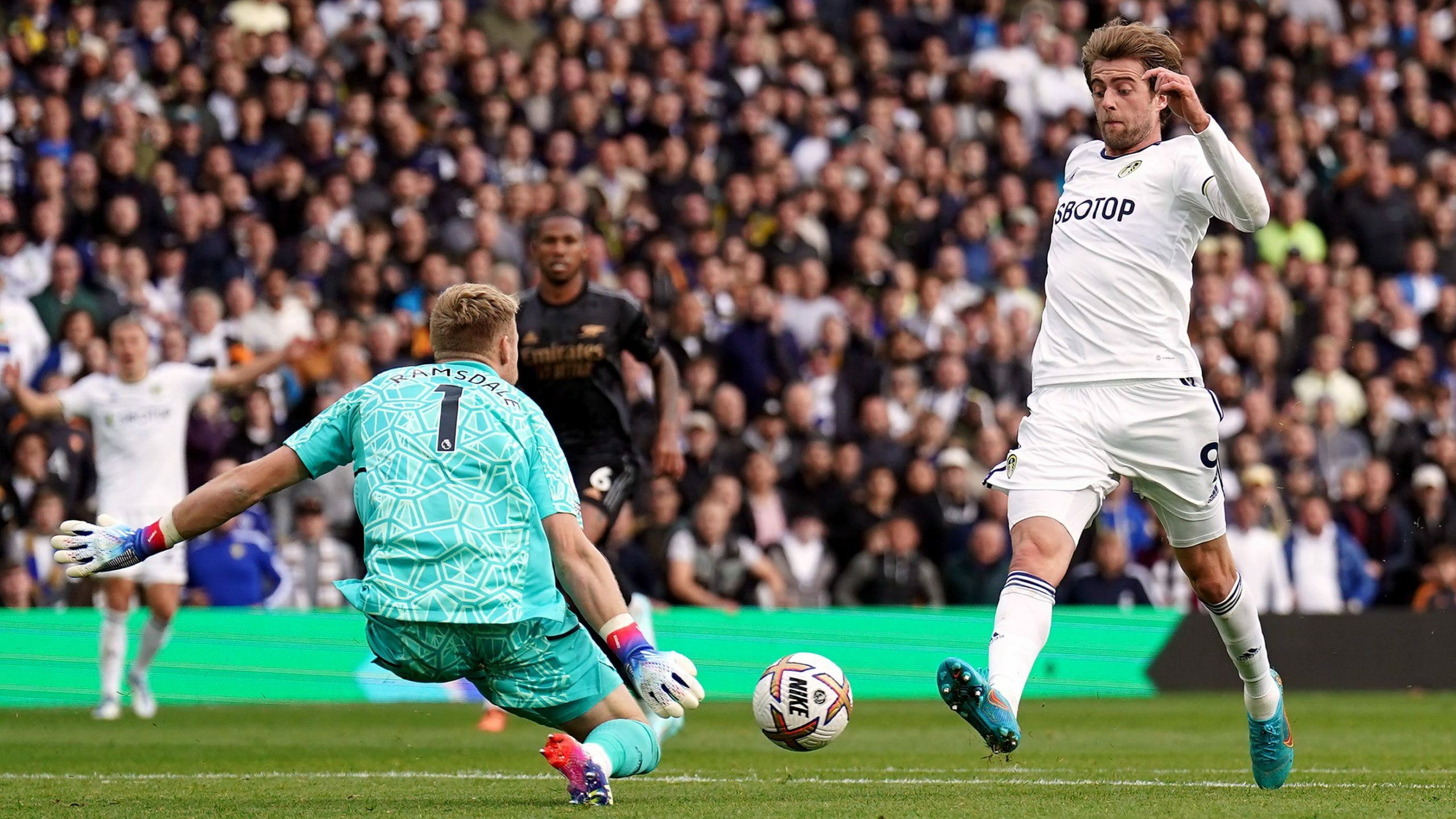 Arsenal goalkeeper Aaron Ramsdale expressed his “elation” after his side held on to win 1-0 at Leeds and extend their lead at the top of the Premier League.

Man-of-the-match Ramsdale put his body on the line as the Gunners came through a chaotic match at Elland Road with all three points after Bukayo Saka’s emphatic first-half finish.

Ramsdale pulled off a string of decisive saves to keep Leeds at bay and ensure a ninth win from 10 league games this season for Mikel Arteta’s side, leaving them four points clear of Manchester City and Tottenham at the top of the table.

“I’m just thankful I was there today,” the England keeper said in his post-match interview.

“I’ve been very critical of myself over recent games from the start of the season where goals have gone in, and there’s questions to be answered the following day. So to help the team out was great.

“It’s just one of those emotions where now we’ve set our bar so high, standards-wise of how we want to play, and we didn’t reach that.

“But the overriding emotion is elation because we got three points and a 1-0 win away from home.”

Ramsdale produced a razor-sharp reflex save from Pascal Struijk’s first-half effort and took a painful blow to his nether regions when brilliantly blocking Patrick Bamford’s shot late in the game.

When asked to pick out his best stop, he said: “The one with my nuts maybe? Although it took a big effect on me, I’m still feeling a bit sick now.”

The game was suspended less than a minute after kick-off when referee Chris Kavanagh and his match officials lost contact with the video assistant referee due to a power cut at Elland Road.

The action resumed 40 minutes later with all technology restored and VAR proved key as a frantic encounter unfolded.

Leeds were denied a second-half equaliser after Bamford was deemed to have fouled Gabriel before firing home and there were two more crucial VAR interventions.

Bamford missed from the spot after Kavanagh had initially failed to see William Saliba’s hand-ball and a second penalty decision, plus Gabriel’s subsequent red card, were later overturned.

Substitute Bamford was penalised for shoving Gabriel before the Gunners’ defender kicked out at him and the visitors were awarded a foul instead after Kavanagh had checked the pitch-side monitor.

Leeds were unlucky to finish empty-handed as their winless league run was extended to six matches.

Head coach Jesse Marsch said: “Such a crazy game with so many things happening in that match and so obviously when I sit here now I’m filled with emotion in every direction.

“We’ve got to use the next matches to find ways to get more points because that’s important for us right now in our season.”