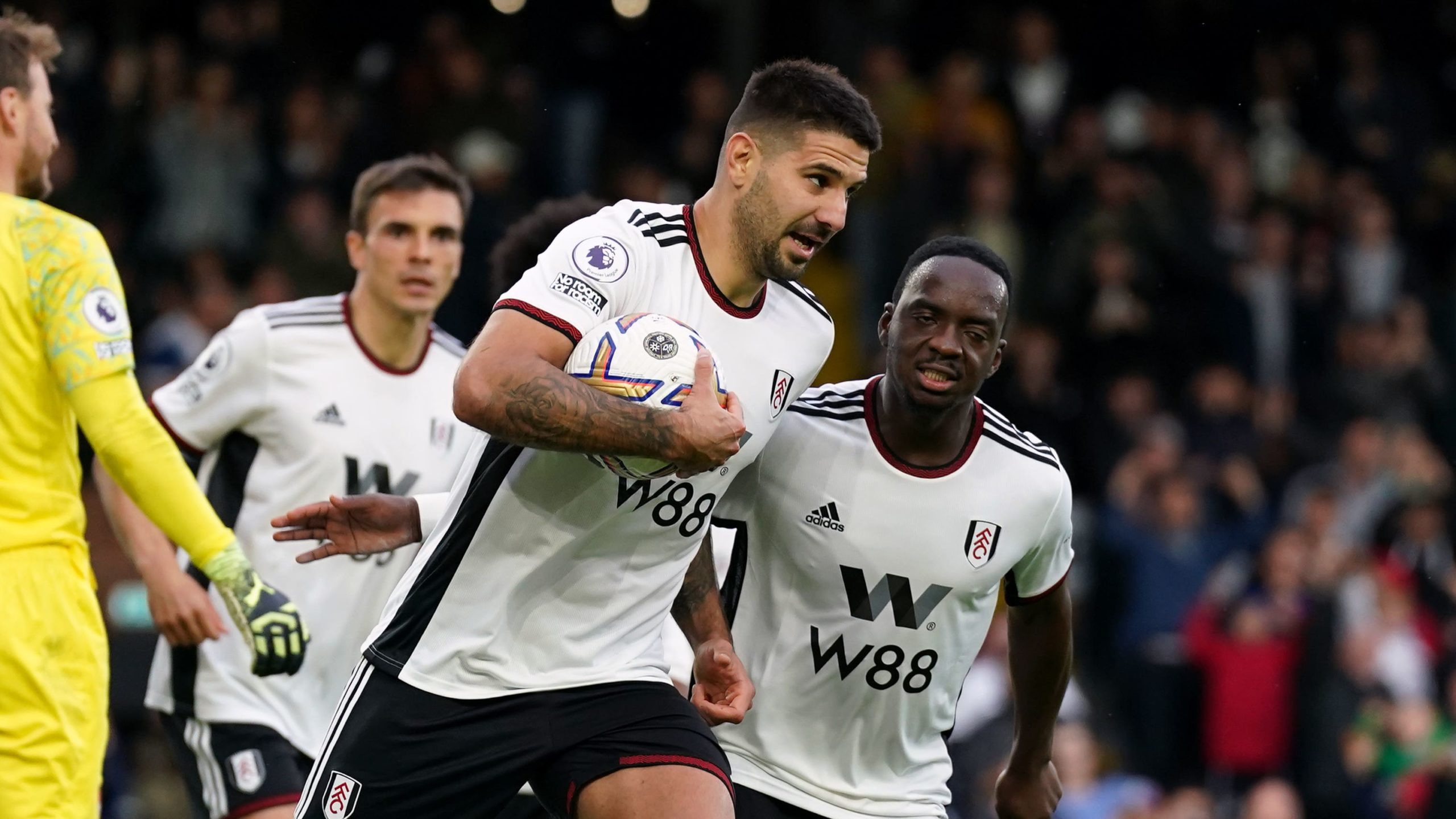 Aleksandar Mitrovic scored a second-half equaliser as Fulham twice came from behind to secure a point in a 2-2 Premier League draw against Bournemouth.

The 28-year-old scored from the penalty spot – his first goal for Marco Silva’s side since September 3 – to take his tally for the season to seven and earn his side a deserved point.

Bournemouth had taken the lead through Dominic Solanke with the first attack of the match, before Fulham levelled matters through summer signing Issa Diop.

The Cherries then retook the lead in the first half through Jefferson Lerma as the hosts struggled to contain caretaker manager Gary O’Neil’s side’s counter-attacking threat.

However Fulham grew into the game and had all the possession and chances in the final 20 minutes but were unable to break through the Bournemouth defence for a third time.

With their first attack of the match, the visitors took the lead at Craven Cottage, with Solanke firing his side into the lead.

The Cherries forward was played in by a Philip Billing cut-back after Fulham were unable to deal with the move which started in the visitors’ half.

Fulham found their footing in the game almost immediately and put the pressure back on Bournemouth, with chances going wide from Neeskens Kebano and Andreas Pereira.

In the 22nd minute, Fulham found a way through the Bournemouth defence with Diop rewarding Silva for his selection in the starting line-up.

The defender beat his marker to the ball to head home from a Pereira corner and level the match on his 100th Premier League start, and his first home start for the Cottagers.

The score did not remain level for long however, with Lerma restoring the visitors’ advantage before the half-hour mark.

The ball was played to an unmarked Lerma on the edge of the box by Solanke and he made no mistake, slotting the ball past Bernd Leno.

Leno had to be alert just before half-time to make a double save to deny Bournemouth finding the net again, first from a Lerma header then from captain Adam Smith.

Mitrovic scored Fulham’s second equaliser – in the 52nd minute – from the penalty spot.

The Serbia striker, who had been dealing with injury issues ahead of the match and was assessed late on Friday, was awarded the spot-kick after being brought down by Lerma.

The Fulham number nine then sent Neto the wrong way to score Fulham’s 10th home goal of the season, one more than the complete 2020-21 season at Craven Cottage.

Leno had to make a good low save in the second half to deny Solanke with both sides pushing for a winner.

Harry Wilson, making his first appearance at Craven Cottage this season, had a chance to score late in the game, but the Bournemouth goalkeeper was just able to get there ahead of the Wales international as the spoils were shared.