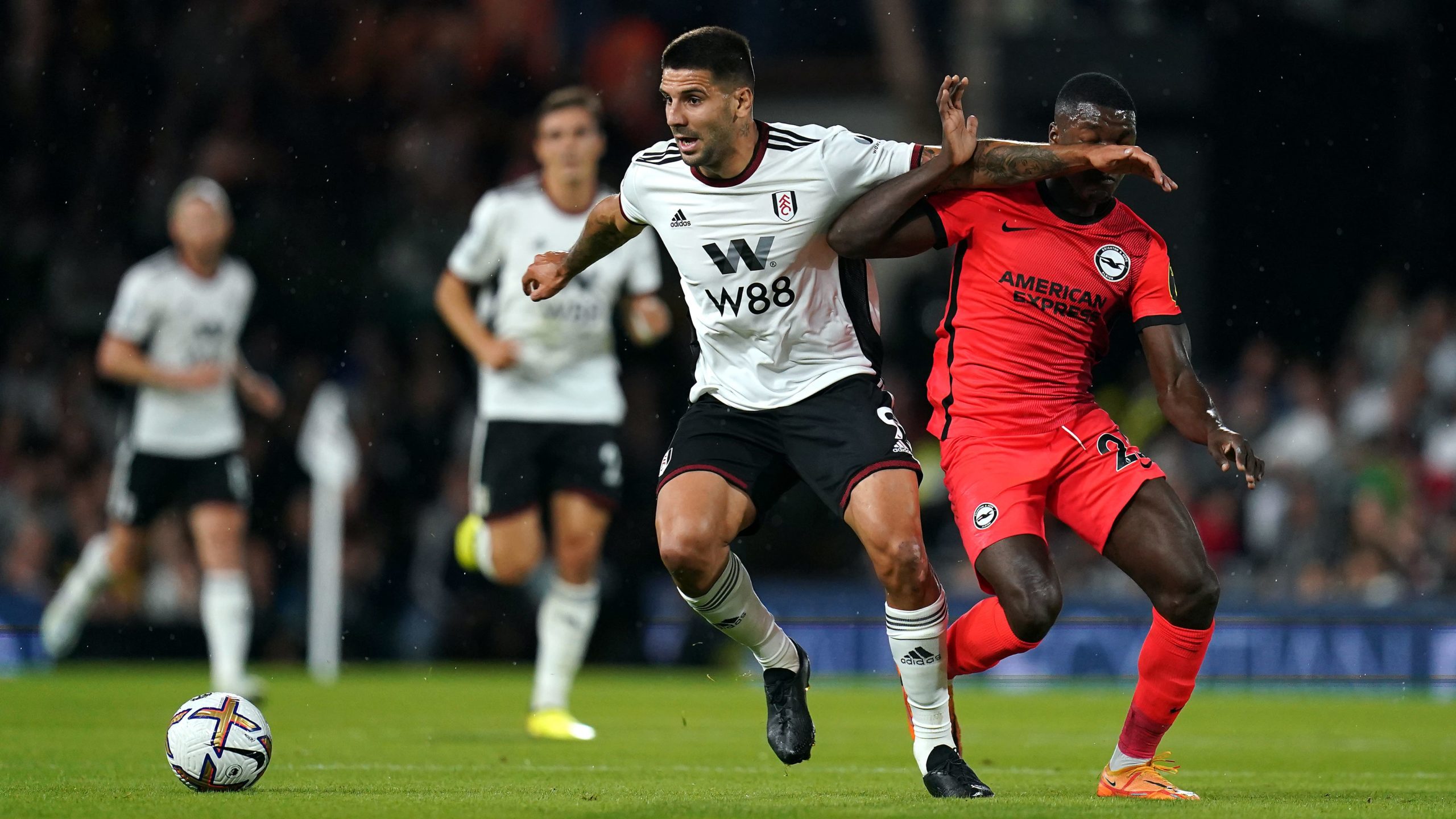 Marco Silva hailed the “unbelievable” Aleksandar Mitrovic after his goal helped Fulham continue their impressive start to the season with a 2-1 win over Brighton.

The Serbia forward struck his fifth goal of the season shortly after half-time to break the deadlock for the home side.

Fulham then quickly doubled their lead when Lewis Dunk turned an Andreas Pereira cross into his own net.

Alexis Mac Allister reduced the deficit from the penalty spot on the hour mark but Fulham were able to hold out and secure all three points.

Mitrovic has already exceeded his tally of just three goals in Fulham’s last Premier League season – under then-manager Scott Parker – and earned the praise of his current boss Silva.

“He will keep scoring if you keep delivering for him, if you keep playing he will score goals, I don’t have doubts about it.

“But he was unbelievable, he was everywhere, even some moments in positions that I would see sometimes too low (down the pitch).

“All the credit for him, the job he did this evening – he needs more than 48 hours to rest and be ready again for Saturday.

“He is completely connected with the team and the team with him. I don’t like to speak about individual players because we are much more than one or two players, everyone is on the same page, but he deserves all the words.”

Graham Potter admitted Fulham deserved a victory as Brighton’s unbeaten start to the season was ended at Craven Cottage.

“I think we were below par, I thought Fulham played well and overall deserved to win,” the Seagulls manager said.

“We weren’t quite as good as we can be and when you’re like that in the Premier League it can be tough.

“So still at 0-0 we knew we could play better but (overall) not so satisfied with our performance, but credit to the opponents.

“We got off to a really bad start in the second half and then it’s a bit of an uphill walk. We get a bit of a lifeline with the penalty and then we push and push.

“So the response to the goals was really good but overall I’d say Fulham deserved the win and we weren’t as good as we can be.”