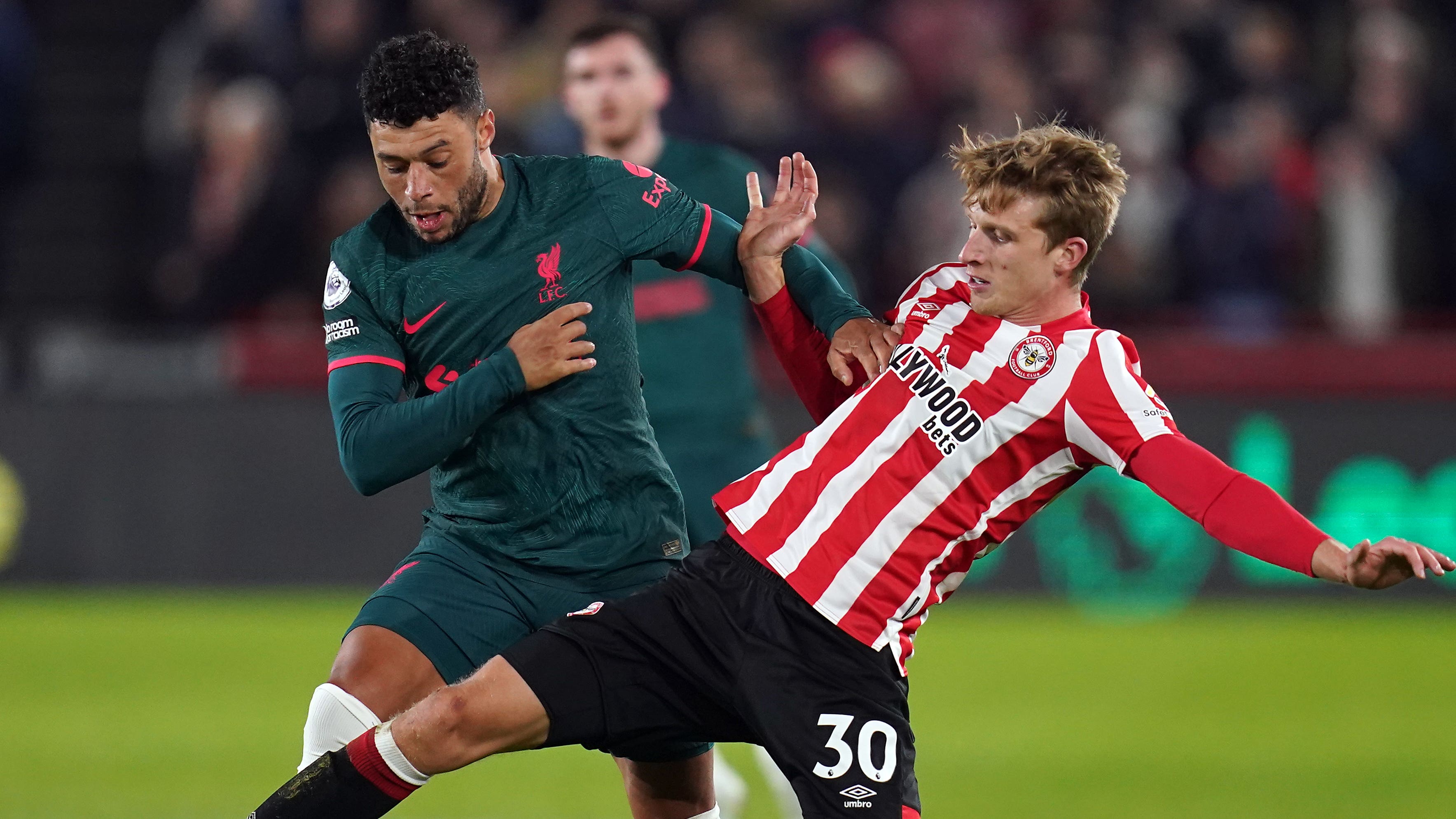 By Press AssociationJanuary 3, 2023No Comments

Alex Oxlade-Chamberlain was blunt in his assessment of Liverpool’s performance in the 3-1 defeat at Brentford, admitting “we just weren’t good enough”.

The Reds lost further ground in the race for the top four after falling behind to Ibrahima Konate’s own goal and a fine header from Yoane Wissa, who had already had two goals disallowed for offside.

Oxlade-Chamberlain, making his 100th Liverpool appearance, hauled them back into the match with a glancing header from Trent Alexander-Arnold’s cross.

“We knew it was going to be a difficult game, we knew their threat around the set-pieces and we didn’t do well enough.

“We got away with a couple with VAR ruling them out, but they were the warning signs and in the end we conceded a sloppy second goal after we sort of got away with that.

“Then at 2-0 it’s difficult. I think at times we did well and we created some good moments but we didn’t carry on doing the same things that got us that success.

“We came looking for the ball to feet a little bit too much I think and stopped offering in behind and causing them problems.

“At half-time we wanted to come out and really go for the game and believe. The early goal helped but unfortunately we couldn’t get the second one in quick succession. If we had it might have been a different ending.

“Brentford play their game and they play it really well, and we kind of fell into the trap a little bit. Overall, it wasn’t good enough from us.”

DR Congo winger Wissa was only in the Brentford starting line-up due to an injury to 13-goal top scorer Ivan Toney.

“It’s so impressive that we managed to do that,” said boss Thomas Frank. “But also a lot of credit to the rest of the players and particularly Yoane Wissa.

“He’s our second top-scorer in the Premier League but is in a position where, when I play with two strikers, it’s Ivan and Bryan, the dynamic duo, and it’s difficult for him to force his way in.

“But every time he comes in, he scores. That’s a pretty good ability, to have that. I’m so pleased for him and I’ll praise him a lot in front of the players.”