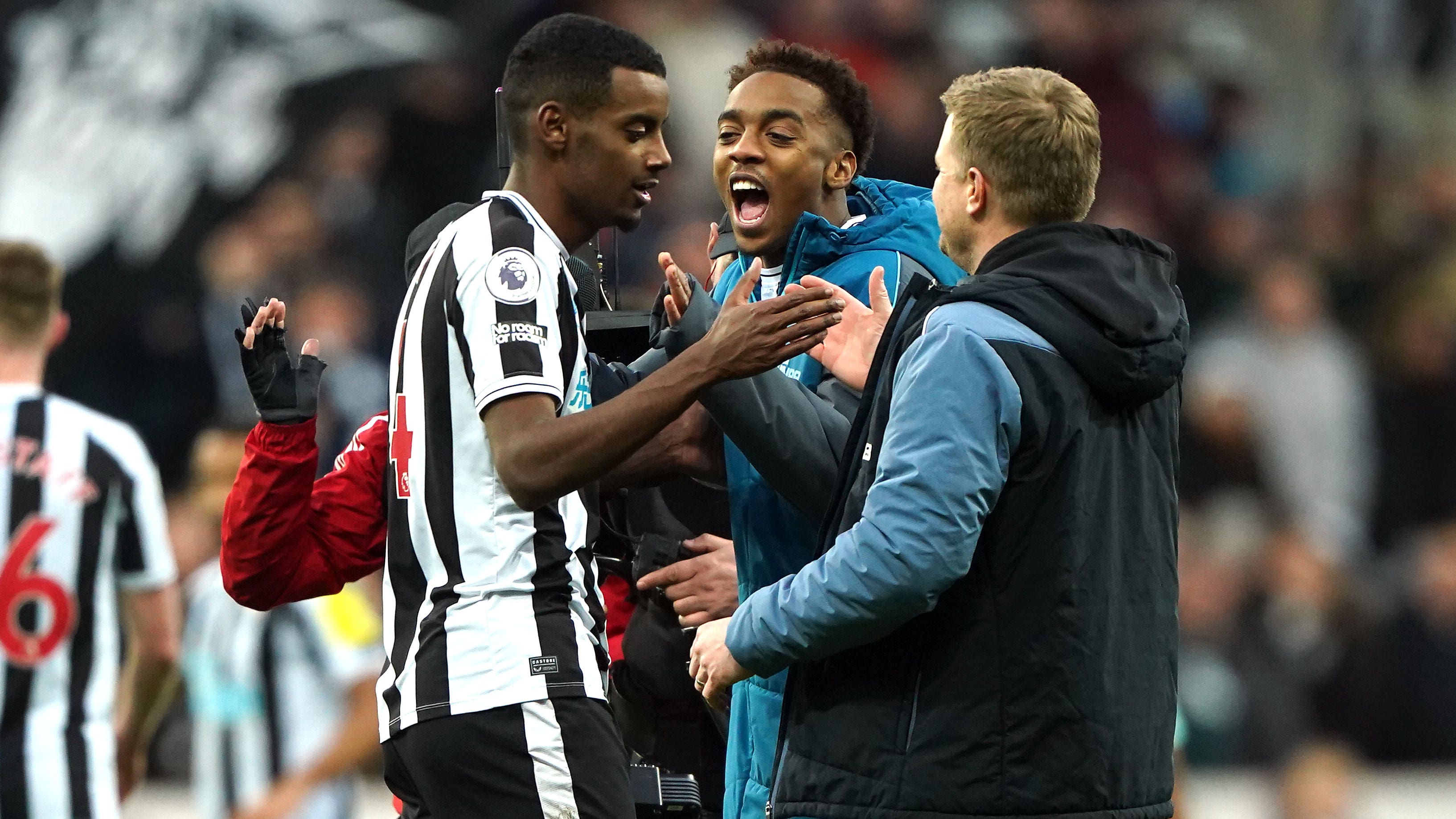 By By Damian Spellman PAJanuary 15, 2023No Comments

The £60million striker’s third goal for the club secured a hard-fought 1-0 victory at St James’ Park, but only after one-time Tyneside favourite Mitrovic had seen a successful penalty ruled out for a double contact.

Eddie Howe’s men, who controversially included Joelinton in their starting line-up despite his midweek arrest for drink-driving, leapfrogged Manchester United back into third place in the table as a result of extending their unbeaten league run to 14 games.

Fulham, however, may feel hard done by after frustrating their hosts for long periods and threatening repeatedly on the counter.

Joe Willock curled a third-minute attempt wide after cutting inside from Joelinton’s flick-on and Issa Diop got in an important block to deny Sean Longstaff after he had run on to Bruno Guimaraes’ clever reverse pass two minutes later.

Mitrovic was similarly snuffed out at the other end as the visitors responded, but full-back Kenny Tete might have done better with his follow-up from the edge of the box, which he skied high over.

Fulham were working their way into the game with Andreas Pereira and Willian starting to make an impression behind Mitrovic, although Callum Wilson saw a 21st-minute effort deflected across goal after Miguel Almiron had played Sean Longstaff in behind full-back Layvin Kurzawa.

Wilson powered a header into keeper Bernd Leno’s arms from Kieran Trippier’s cross as Newcastle stepped up a gear, and the striker was unable to make meaningful contact with Willock’s cross after the midfielder’s fine first touch had taken him past Tete 12 minutes before half-time.

The link-up between Longstaff, Almiron and Trippier down the Magpies’ right was proving fruitful, but they went straight down the middle with six minutes of the half remaining, Leno pulling off a good reaction save after Wilson, who fired straight at the keeper in stoppage time, had spun on to Fabian Schar’s pass.

Guimaraes, who had twice been treated for an ankle problem during the first half before leaving the pitch in tears at the break, was replaced by Allan Saint-Maximin but it was Wilson who passed up another opportunity when he missed the target with a firm header from Trippier’s 51st-minute corner.

Schar was unfortunate to see a 61st-minute free-kick come back off the post before Almiron’s shot from the rebound was smuggled to safety.

However, Marco Silva’s men thought they had taken the lead after they were awarded a penalty after a VAR review of Trippier’s challenge on Bobby Decordova-Reid.

After a lengthy delay, Mitrovic sent the spot-kick past Nick Pope, but only with the help of a double-contact and referee Robert Jones swiftly ruled out the strike to hand the home side a fortunate escape.

Saint-Maximin blasted just wide from 20 yards with 13 minutes remaining as the home side attempted to capitalise on their reprieve, and they did just that with seconds of normal time remaining when substitute Isak headed home from point-blank range after Wilson had sent the ball back across goal.