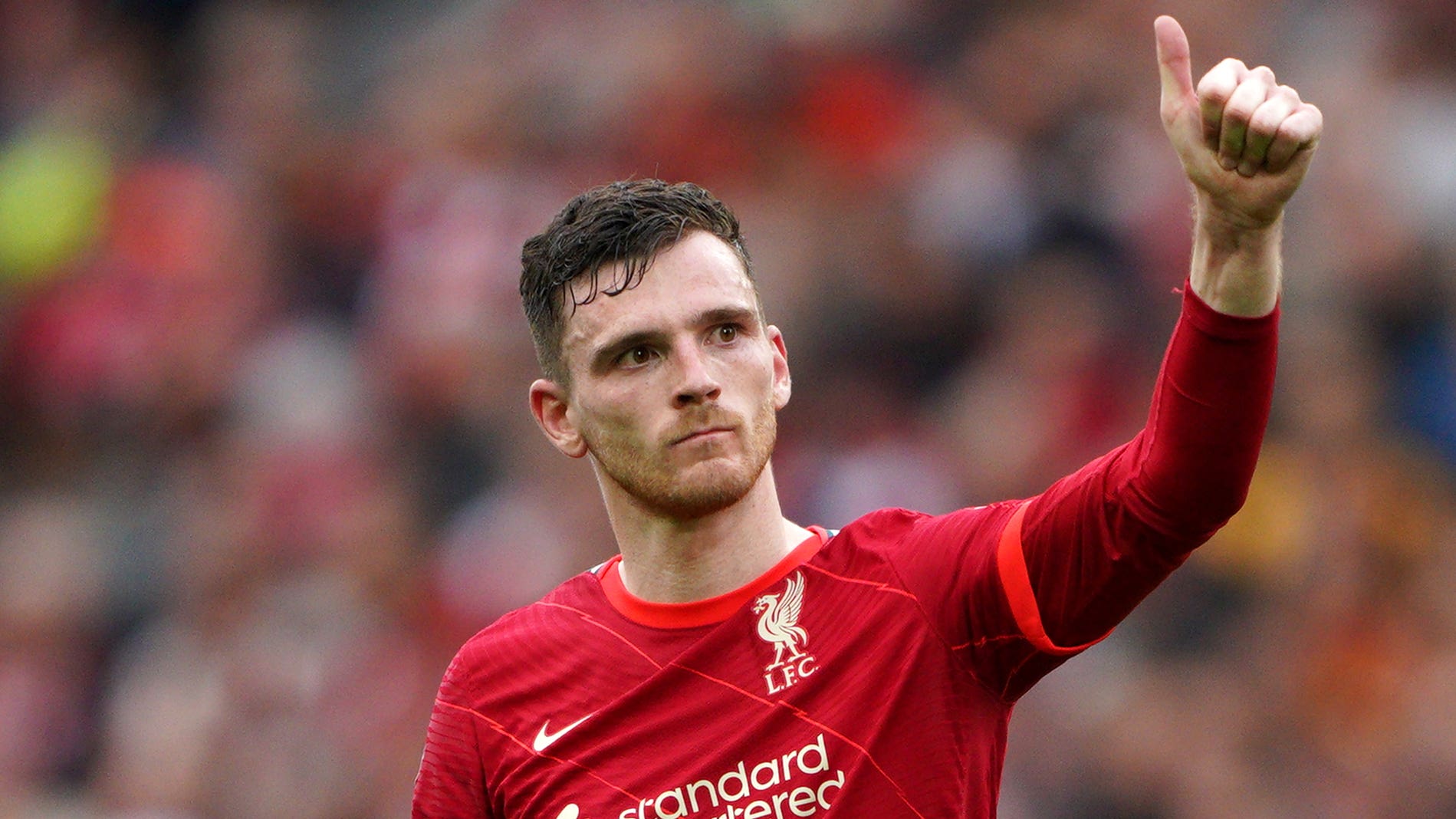 Liverpool left-back Andy Robertson is expected to return to the starting line-up for the visit of Manchester City.

The Scotland captain made his comeback from a knee injury as a substitute in the midweek Champions League win over Rangers but is set to take over from Kostas Tsimikas.

Midfielder Curtis Jones could be included in the squad for the first time since the FA Community Shield win over City at the beginning of August after recovering from a shin problem.

Erling Haaland, who has scored 20 goals in just 13 appearances for City, will return for the visitors after being rested for the midweek Champions League trip to FC Copenhagen.

Stones and Walker are hopeful of returning in the coming weeks but there is no clear timescale on when any of them will next be available.