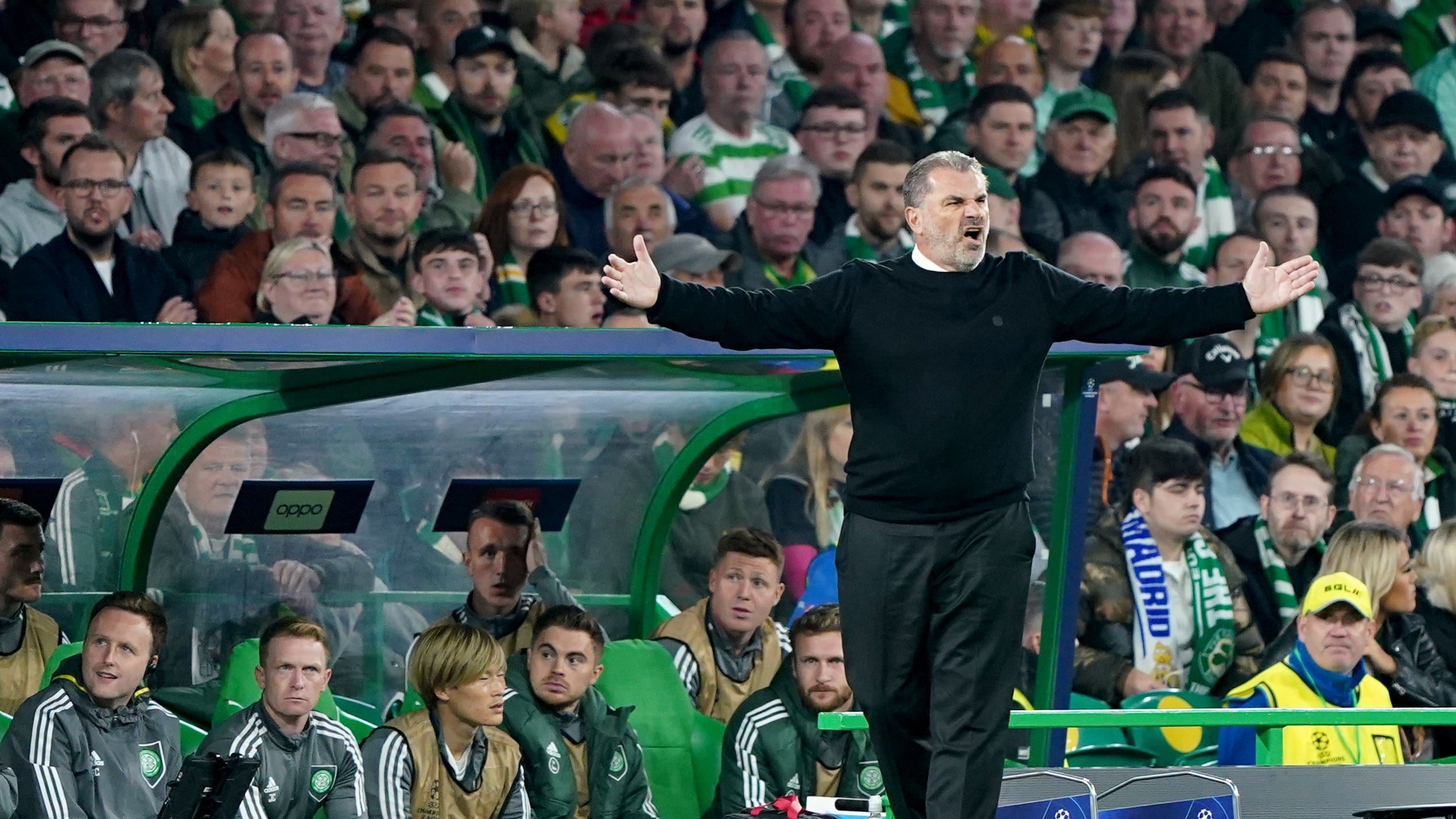 By By Gavin McCafferty PASeptember 6, 2022No Comments

Celtic manager Ange Postecoglou felt their 3-0 defeat by Real Madrid was a cruel reminder of the fine margins at the top level.

Postecoglou’s side passed up a number of chances to take the lead against the Champions League holders in their first group game in five years.

Liel Abada twice failed to beat the goalkeeper inside 13 minutes and Callum McGregor was unfortunate to see his first-time strike bounce to safety off the inside of the post.

Substitute Daizen Maeda missed Celtic’s best chance when he scuffed a shot from six yards straight at Thibaut Courtois and Celtic were made to pay when Vinicius Junior and Luka Modric netted in the space of four minutes just before the hour mark.

Eden Hazard added another to put a harsh sheen on the scoreline and Celtic were denied a consolation goal despite some late opportunities.

Postecoglou said: “The first goal was always going to be important. Up to that point we were well in the game and, if anything, we had the better chances. We needed to capitalise on them and we didn’t.

“Once they got the goal they have got the quality to take control of the game. We had to press on and they were able to exploit the spaces we left.

“You learn at this level that you will get punished if you don’t take your chances.

“If we score the first goal it puts pressure on them and they have to open up and we can take control of the game.

“We had the chances. It’s different if you don’t create anything or the opposition have you pinned back, then there is stuff you can learn. But I think what we learned we already knew, we have to be clinical in both boxes.”

Postecoglou and his players got a warm ovation from supporters at full-time and the Australian beat his hand against his heart as he showed his appreciation.

“I just feel the responsibility of bringing this football club to this level – that’s what these fans deserve,” he said. “There’s no starker reminder of that than the reception they gave us after the game.

“They deserve to see their football club competing against the likes of Real Madrid on a regular basis and really competing.”

Real manager Carlo Ancelotti confessed he had been worried about the trip to Glasgow after seeing Celtic thrash Rangers 4-0 on Saturday.

After claiming his first win at Parkhead from four attempts, the former Milan boss said: “Celtic are a good team. We were worried about them because we saw what they did against Rangers.

“We suffered in the first half. It’s absolutely normal to suffer here, the atmosphere is fantastic.

“I wasn’t angry, I can’t get angry against this team. It’s true that we struggled but we got there in the end.

“The second half we played well. Every team can struggle, including us, but we kept our heads and stayed in the game.

“Overall our game in the second half was good. We controlled possession and broke quickly when it was needed.”