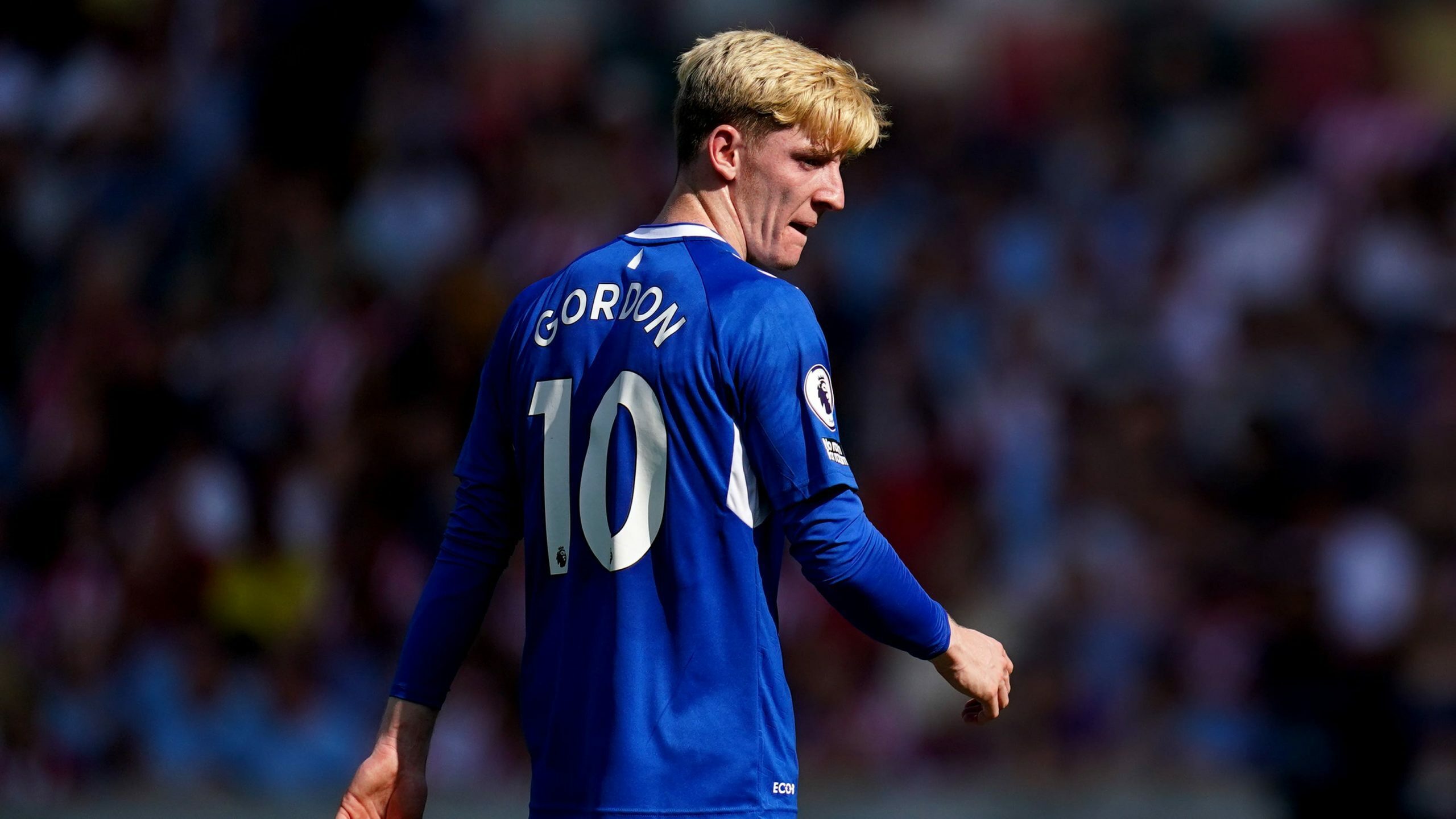 Gordon was the subject of strong interest from Chelsea in the transfer window, with Everton rejecting a reported £45million bid from the Londoners for the 21-year-old forward.

Lampard had made it clear that he wanted Gordon to stay on Merseyside, and he got his wish when the transfer window closed on Thursday night.

“It never got close to happening,” Lampard said on the interest around Gordon as he spoke ahead of Saturday’s Merseyside derby against Liverpool.

“That is great because it has shown where we are coming from and it shows where Anthony is mentally as a player and we move on. We are happy.”

Gordon shrugged off speculation about his future to score in Everton’s last two games, 1-1 Premier League draws at Brentford and Leeds.

Everton are still waiting for their first league win of the season after following two opening defeats with three draws.

But the additions of Neal Maupay, Idrissa Gana Gueye and James Garner – who could all feature against Liverpool at Goodison Park – has left Lampard in optimistic mood at the end of the transfer window.

He said: “I’m pleased the window is shut and it has probably complicated it slightly being so far into the season.

“I think we were strategic with how we have approached it, from owner to chair to board.

“Hopefully that reflects in what we get now. When I look at the squad I’m happy, now it’s time to get our heads down and work.

“Idrissa Gueye is a player for the now. The club know him very well and he knows the club. In terms of the quality as a deeper lying midfielder he gives me a different profile of player.

“With James Garner, he is a young player with lots of energy and quality and he will improve us.

“I think it’s a sensible move for us. We have good competition in there as well and that is important over the course of the season.”

Lampard lost his previous Merseyside derby in charge of Everton, 2-0 at Anfield in April.

He was criticised for showing a lack of ambition that night as Everton managed just one shot on target.

“It’s my first at Goodison Park and we have to match the passion they will turn up with.

“We know Liverpool very well. They are a class act on the pitch, there will be some similarities with how Leeds set up in their intensity and we have to face that.

“We should have more points but the feeling is we are getting better and better.”