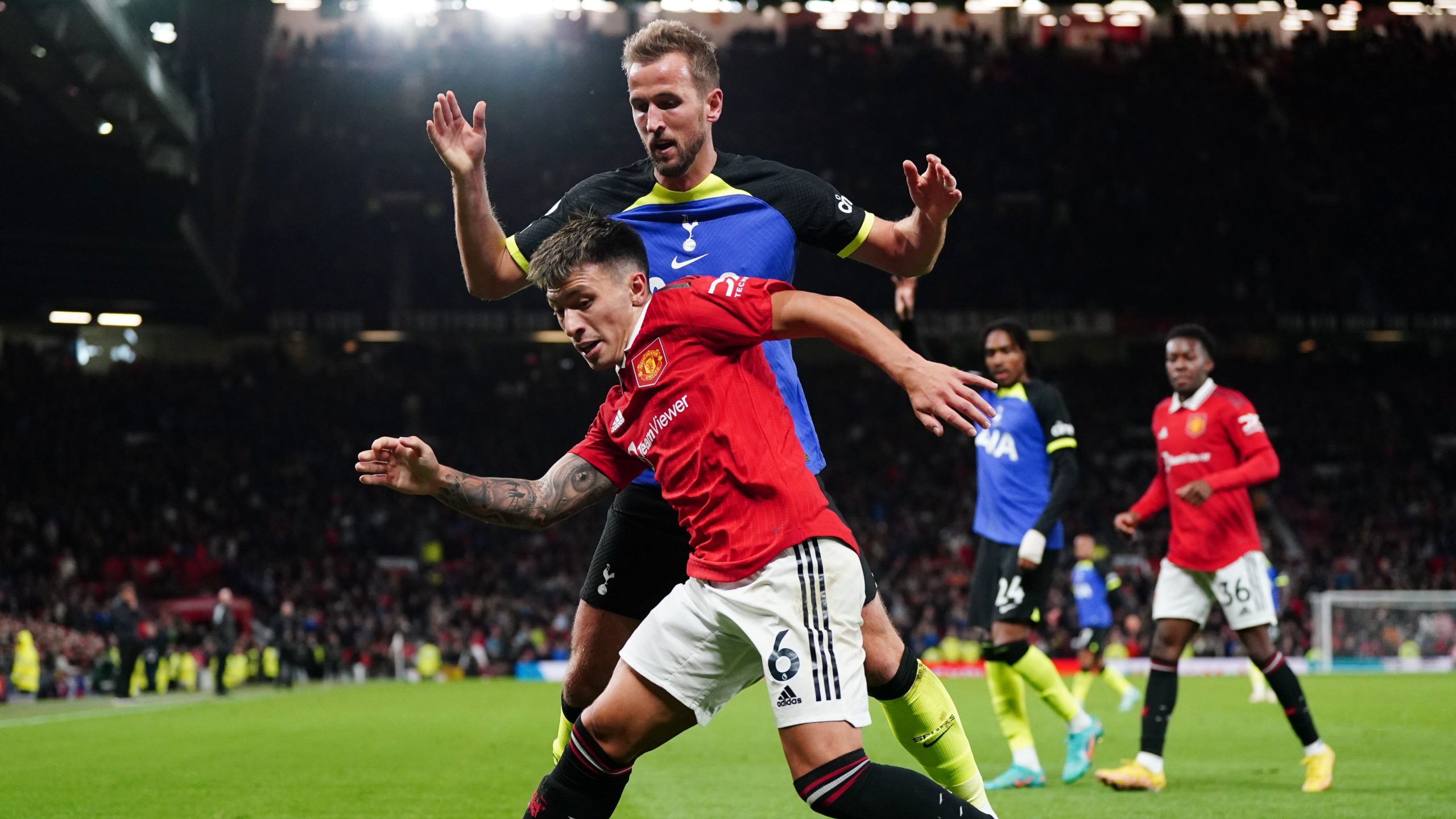 Tottenham boss Antonio Conte has urged his players to follow the lead of England’s other top clubs and use gamesmanship in their bid to become genuine title contenders.

Spurs lost for the second time in the Premier League on Wednesday after they went down 2-0 away to fellow big-six side Manchester United, having also tasted defeat at Arsenal on October 1.

In both fixtures they were comprehensively outplayed and Conte feels his squad must quickly figure out how to halt the momentum of the opposition in such crunch fixtures.

Ahead of Sunday’s visit of sixth-placed Newcastle, he said: “When you are suffering, I was a player and you take the ball and you put it outside the stadium, so that you can breathe.

“Or if you have injury you stay (down). I see many, many teams in England, they understand the moment when they are suffering. One player stops, wastes time. In this period you breathe. Your mind becomes clear again. This is experience.

“If you are suffering a lot you have to understand that maybe it is not the right moment to continue playing from the back. Go up, with a long ball, fight for the second ball.

“These are the types of situations where we can improve and we are working on these aspects.”

While this weekend’s opposition are not deemed part of the top six, Newcastle are one of a number of clubs who will be vying to break up the status quo.

Spurs will remain without attacking duo Dejan Kulusevski (calf) and Richarlison (hamstring) for the clash with the Saudi-backed outfit and Conte conceded with his team in a difficult period, they need the support of the fans even more than usual on Sunday.

“Now we have to try to finish this period which for us is really tough (because) you have important injuries and you have to face the situation in the best possible way,” the Italian added.

“I think we have to be focused to do our best, because this period is not easy. For this reason I ask our fans also to stay very close to us, to push us because also it will be really, really difficult against Newcastle on Sunday.”

Given Tottenham’s lack of options in the forward areas, Conte could stick with the 3-5-2 formation he used at Old Trafford in midweek.

The 53-year-old has always favoured a 3-4-3 but injuries have forced him to change tack and he was quick to insist Wednesday’s defeat was not to do with the system played by Spurs.

Conte said: “I don’t think we lost the game for the formation. Otherwise, we won the game against Everton because we played 3-5-2. This is only an excuse. If you want to find an excuse, I can find a lot, a lot.

“I don’t like to find excuses. I think this team at this moment the best situation, with the players available, is to play with the three midfielders. Then we’ll see the improvement of Lucas (Moura), because when Lucas is available you can play with him and the other two strikers.

“But we have a lot of problems with the players up front and now we have to cope with this difficult situation.

“At the same time I don’t want to give my players excuses because you have to be strong in a difficult period. Be strong and use this period to become stronger and stronger.

“I want players ready to take the responsibility, especially when the situation is not easy. This way I think you grow a lot and you prepare yourself to be a protagonist in future.”

Emerson Royal will return for Spurs after he recently served a three-match ban in the Premier League.