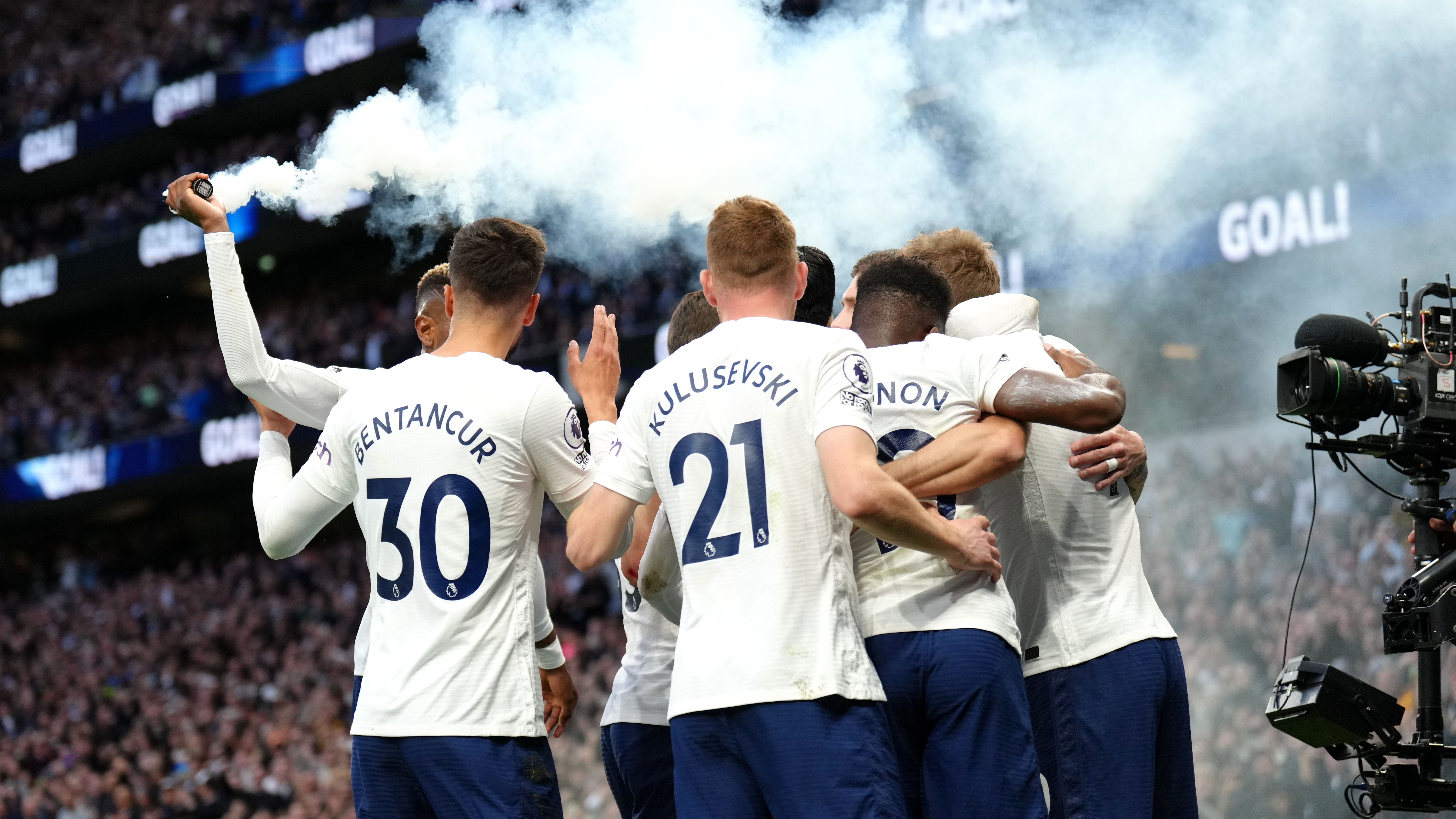 Antonio Conte expects the Tottenham supporters to produce another white-hot atmosphere for the visit of rivals Arsenal.

Sunday’s north London derby could be a milestone occasion with Harry Kane one goal short of Spurs’ record scorer Jimmy Greaves, who grabbed the last of his 266 strikes in 1970.

Meanwhile, the fixture will be the 100th competitive men’s match played at Tottenham Hotspur Stadium since it opened in 2019.

One of the best occasions at the venue occurred in May when the hosts stormed to a memorable 3-0 win over Arsenal backed by a partisan crowd.

At various points this season the team have been booed off by the home crowd, but Conte has no doubts about the type of welcome the Gunners will get this weekend.

“My expectation is always the same. Our fans, they never disappointed us because in every moment of the season they show to stay with us in a positive and negative situation,” he said.

“For sure we know very well the importance of this game for the fans, for the rivalry there is between Tottenham and Arsenal.

“Last season I remember a fantastic atmosphere, an amazing atmosphere and I am sure also in this game we will find the same atmosphere.”

Kane has 17 goals for Tottenham in all competitions this term after he netted the winner against Portsmouth in the FA Cup last weekend.

He is set to move beyond Greaves’ Spurs tally this month and will then shift his attention to Alan Shearer’s Premier League haul of 260 goals, which he is 63 off beating.

Conte added: “You know very well much better than me the importance of Harry for us, for Tottenham but also for the national team because with the club and national team he has great numbers.

“We are talking about a world-class striker and for sure he is going to beat every record. I think he deserves this but I want to always underline the other aspect, the human aspect of Harry.

“We are not only talking about a world-class striker but also a really good man, a really good person and for us he is an important point of reference.

“I am sure that he is going to beat this (Tottenham) record and he is doing something incredible. At the same time we try to help him and if he scores, he helps us. This is important to have this exchange of favours.”

Academy graduate Kane, 29, is one of the most experienced players in the Tottenham squad.

Conte has repeatedly called for patience during his 14-month tenure on the road to helping Spurs become title contenders and used Arsenal’s progress under Mikel Arteta during the last three years as an example of what can be achieved with time.

He said: “In our squad we have eight or nine young players, who for sure have a brilliant future, but we have to continue to work with (Bryan) Gil, Pape Sarr, Skippy (Oliver Skipp), (Ryan) Sessegnon, (Djed) Spence, (Japhet) Tanganga, Emerson (Royal) is 24-years-old.

“We are talking about many young players. Arsenal is doing a good job but don’t forget I remember the problems they had at the start of last season. They had a lot of criticism.

“When I talk about time and patience it’s not an alibi, it’s a situation I know. One way is to wait to develop these young players to become stronger players.”