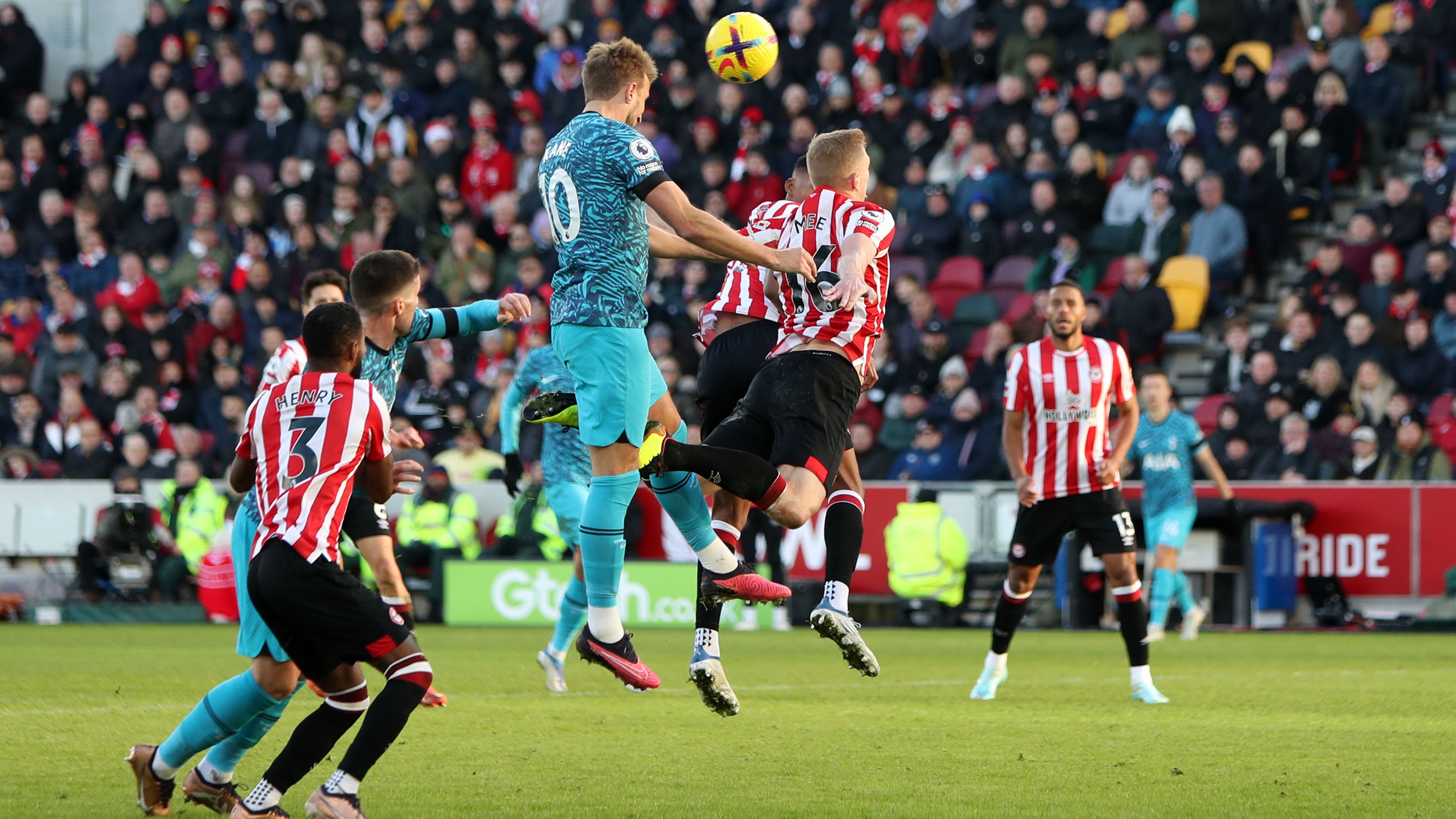 Antonio Conte hailed Harry Kane for sparking Tottenham’s latest fightback after they slipped behind yet again.

Spurs came from two goals down to draw 2-2 at Brentford after conceding the first goal for the ninth consecutive match.

Just 16 days after his penalty miss in the World Cup quarter-final against France, England skipper Kane scored with a towering header to drag his side back from the brink of defeat.

Pierre-Emile Hojbjerg then grabbed an equaliser as Tottenham cancelled out goals from Vitaly Janelt and Ivan Toney.

Spurs boss Conte said: “It was another exciting game. On one side I have to be happy for the way we played in the second part but not only because we scored two goals, but with energy and intensity.

“When you play this way you create problems for your opponent. But nine games in a row we have conceded the first goal, that’s not positive.

“To concede for so many games the first goal or two goals, we have to try to find the solution. For me is the first time this happen, this situation. But at the same time it was a fantastic reaction from my players.”

Kane shrugged off the predictable chants of ‘you let your country down’ from a section of the Brentford fans.

Conte added: “Personally, about Harry I have zero doubt about his mentality, about the way he approaches every training session.

“For Harry he’s facing a strange situation. He had a really good World Cup and also the team played to the quarter-final, then he missed a decisive penalty.

“But you know very well in football you can have positive or negative moments. If you are strong mentally you move on and Harry did this.

“I think the fans were scared because he is playing for Tottenham, not for what happened with England.”

Toney was back in action for the first time since it emerged he had been charged by the Football Association for alleged breaches of betting rules.

His 12th goal of the season put Brentford 2-0 up after Janelt opened the scoring from close range.

“I wish I knew how he does it because then I would bottle it up and sell it for a lot of money,” said Bees boss Thomas Frank.

“In that way he is very, very special, he has unbelievable character and mentality and the ability to focus on the moment. His performance today, wow!

“He has a natural inner drive to constantly push himself and those around him. He constantly is a threat, he’s special.”