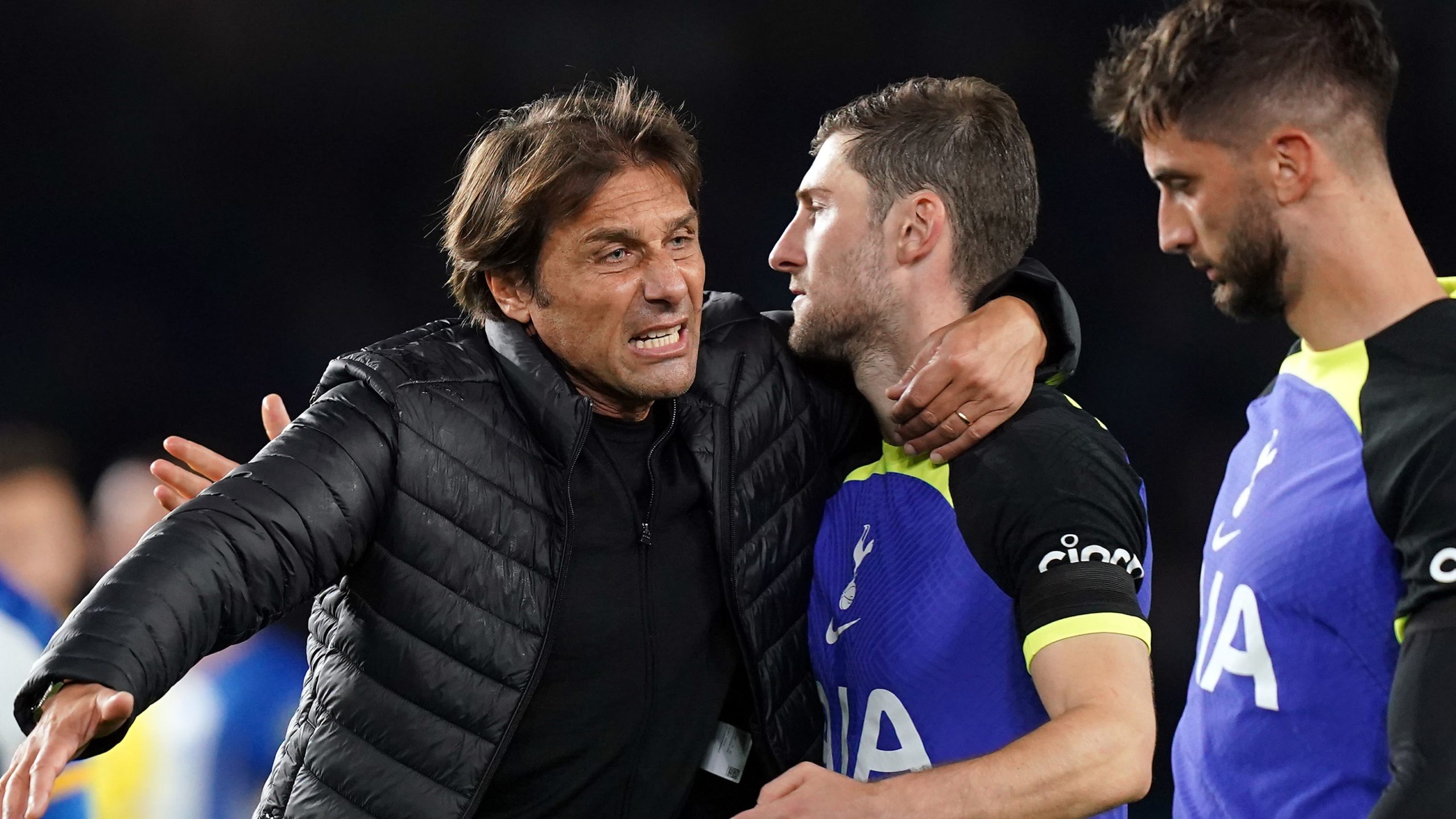 It had been a difficult week for Spurs, who lost at rivals Arsenal last Saturday but were rocked on Thursday when it was announced Ventrone had died at the age of 61.

Conte had known the highly-respected Italian for almost three decades and was in tears following a pre-match minute’s applause for his friend.

A bright start by Tottenham was rewarded when Kane headed in Son Heung-min cross after 22 minutes and – despite chances for Brighton either side of half time – the visitors held on to return to winning ways in the Premier League.

“I have to be honest, it was really, really difficult for us to be focused on the game because what happened in the last three days was incredible. I knew that the situation was really problematic after the game against Frankfurt. But no one would expect this situation,” Conte said.

“But I’m really proud of my players. I think in these circumstances, they showed to be really important persons because I know I tried not to push them to play this game.

“Many times we tried to find the motivation to push these players and to create a situation and to increase the tension. Today, honestly I did nothing under this aspect.

“I left them to face the situation and they showed me to be really good people, top men. I said to them just now that I’m proud to be the coach of this team because, first of all, we have top men and really good players.”

Kane had been among several players to pay tribute to Ventrone on social media and pointed to the sky after scoring for the eighth time this season.

The goalscorer held back tears during a post-match interview with Sky Sports and Tottenham captain Hugo Lloris – who made saves to deny Moises Caicedo, Danny Welbeck and substitute Kaoru Mitoma – held up a shirt with Gian Piero on at full-time.

“It’s been a difficult week to say the least,” Kane said.

“It was a bit of a scrappy goal. Sonny has whipped one in with a load of pace and when you are feeling good, it comes off you and goes in, but really proud of the boys.

“It’s been a tough week but to come here, a really difficult place to come and we didn’t play as well as we know we can but we dug deep when we needed to and (it’s) a great clean sheet from the boys and a really important win.”

Conte and his staff will fly out to Naples on Sunday to attend Ventrone’s funeral with chairman Daniel Levy also set to be in attendance.

He added: “My players were really devastated by the pain, but in life sometimes many situations happen, not only to us but to many people and life sometimes is not good.

“At the same time you have to try to cope with this situation in the best possible way and it has to be so for his family, for his wife Cinzia, his son Ivan and daughter Martina and then I’m sure that Gian Piero will stay with us forever. I’m sure about this.

“Tomorrow there is the funeral in Naples, we are going with the staff.

“I want to stay with his family and to give big hearts to them and to tell them especially, his daughter and his son and his wife have to be strong because Gian Piero was a really strong person.”

New Brighton boss Roberto De Zerbi joined his opposite number in paying tribute to countryman Ventrone after he suffered defeat in his first match at the Amex Stadium.

The Seagulls enjoyed the lions share of possession and created a number of chances but could not break down Spurs, who were indebted to an excellent last-ditch tackle by Matt Doherty to deny Leonardo Trossard three minutes from time.

“It was a really good game and my players have been fantastic. I think the result is not fair,” De Zerbi insisted.

“Of course if we talk about football, I have to talk about the game but the loss of Gian Piero Ventrone is much more important than football.

“We are all very sad for his family, for Antonio, for the club and everyone.

“Ventrone for a lot of years was the reference for all the other Italian trainers. He has changed the vision of the training for everyone.”