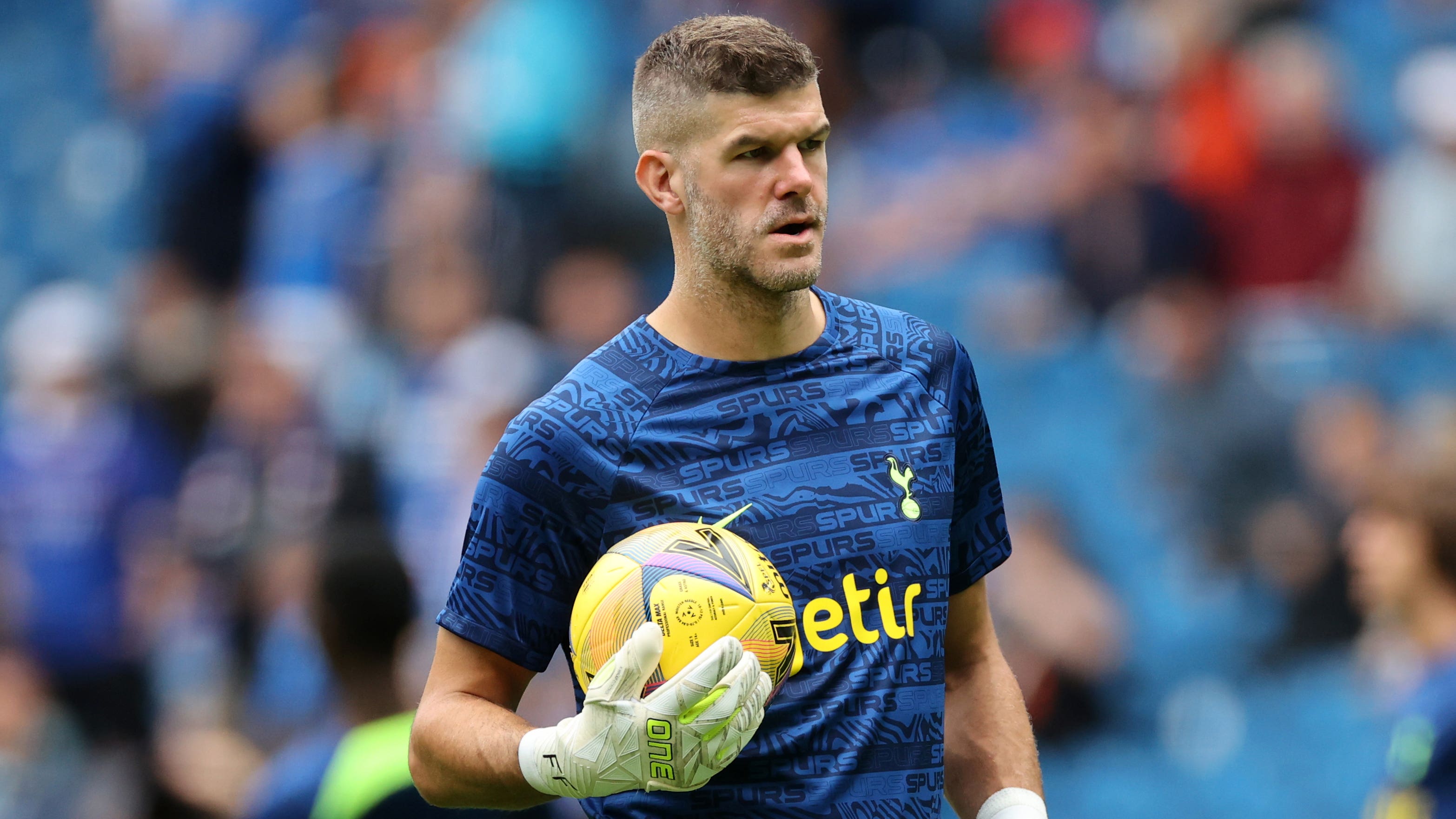 Antonio Conte has full confidence in Tottenham back-up goalkeeper Fraser Forster ahead of his league debut for the club at Brentford.

The Spurs boss confirmed on Friday that Hugo Lloris would only be on the bench for the Boxing Day clash after playing in the World Cup final last Sunday.

France and Tottenham captain Lloris will return to training on Saturday but Conte will give the experienced stopper some extra time off before throwing him back into Premier League action.

Summer signing Forster will, therefore, make his first league start for Spurs and his manager knows full well what to expect from the 34-year-old.

“About Fraser, we are talking about a reliable keeper, a good keeper,” Conte said.

“I remember when I was the coach of Juventus that he played with Celtic and he impressed me a lot during the game (in 2013). We played there in the last 16 against Celtic.

“We are talking about a really good professional player. He is reliable and I can count on him. Yeah, he is going to play against Brentford.”

Spurs had 12 players in action in Qatar but not are all back at Hotspur Way, with Joe Rodon on a season-long loan at Rennes and Cristian Romero still away after helping Argentina win the World Cup.

Ivan Perisic, who played his part in Croatia finishing third at the tournament, was back in training on Friday and could feature at Brentford.

Conte added: “The players that played the final and third-fourth place game, Perisic, Hugo and Cuti (Cristian), only Ivan, who came back today and had a training session with us, is available for the game against Brentford.

“About Lloris, we want him to stay with us and want him also to stay on the bench against Brentford. As you know very well, it is important also after the World Cup to give a bit of rest to these players.

“About Cuti, he will be available for the next game against Aston Villa (on January 1), I hope so.”

The Tottenham boss is dealing with contrasting emotions from his World Cup players, with Romero on a high after helping his nation end their 36-year wait for World Cup success.

Lloris, on the other hand, will be crestfallen at coming so close to winning back-to-back World Cup titles.

Conte experienced the same feeling in 1994 when he was part of Italy’s squad who lost on penalties to Brazil in the World Cup final in America.

“In one side, for sure, you can be disappointed but, in the other side, for the second time in a row, France reached the final of the World Cup. This is a big, big achievement,” the Italian said of his captain Lloris.

“This tournament is really difficult and Hugo won the World Cup. For sure, for him it was a great chance to win twice the World Cup and to do something extraordinary in your career, but at the same time about Hugo, he showed also in this World Cup that he is a fantastic goalkeeper.

“He is the captain of France and I think this is a big achievement to reach the final. Then, when you play the final, you want to win but everybody that played at an important level won and lost finals.

“If I told you the number of finals I lost, we stay here one hour! You can win, you can lose but, I repeat, to reach the final was a big achievement for France.

“In one side, we are a bit disappointed for Hugo but we are also happy for Cuti because for him it was the first time to become World Cup champion.”