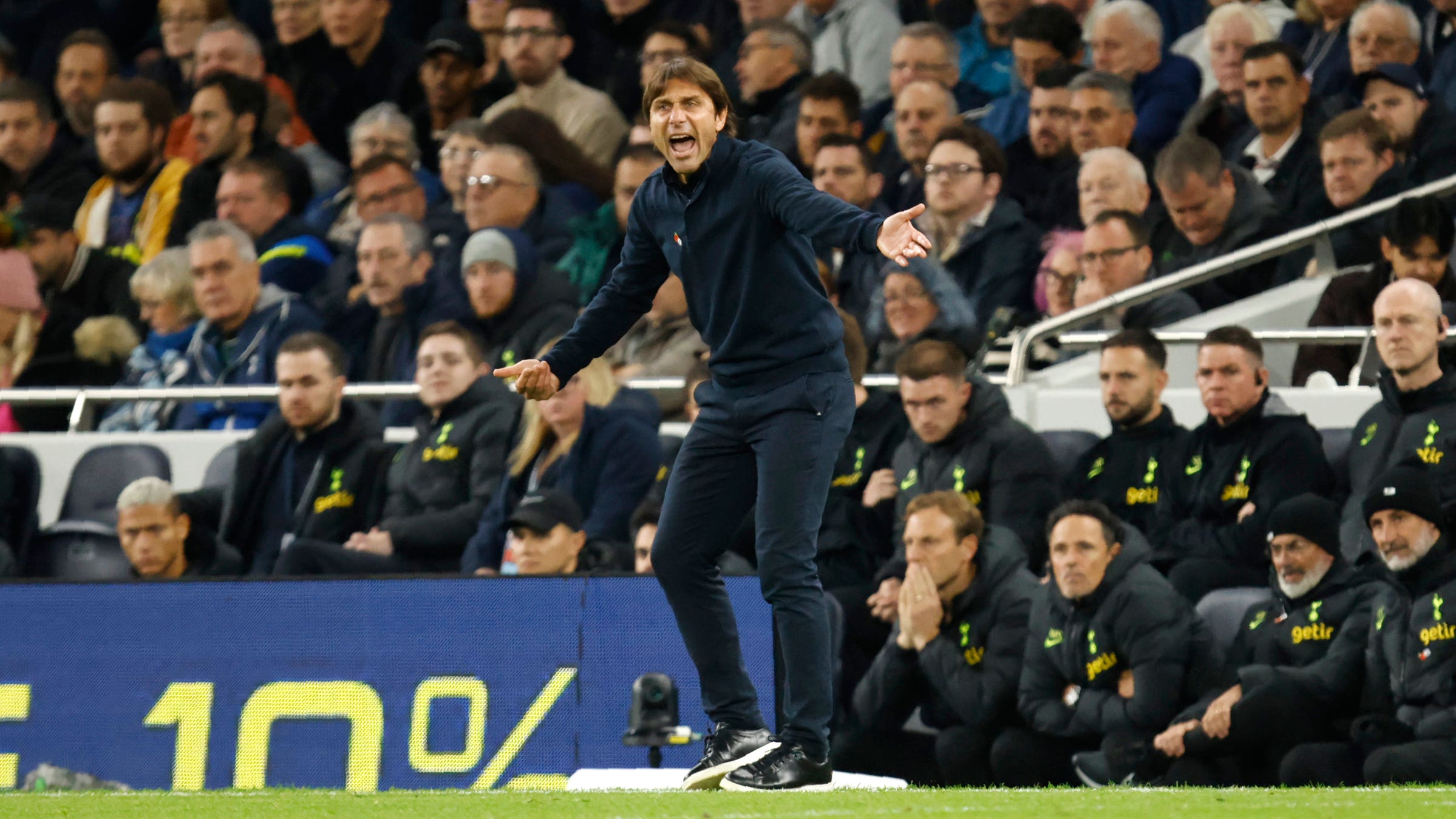 By Press AssociationNovember 7, 2022No Comments

Antonio Conte reiterated his calls for time and patience at Tottenham after admitting they were far off from winning a trophy following Sunday’s home defeat to Liverpool.

The Italian celebrated a year in charge at Spurs last week and has made big progress during his 12 months, taking over a club in the Europa Conference League and guiding them in the knock-out stage of the Champions League.

Tottenham’s style of play still draws detractors but they remain fourth in the table despite three losses from their last four Premier League fixtures.

Conte has repeatedly talked down their chances of competing for the title and called on fans to trust the process after they booed the team off at half-time of the 2-1 defeat to Liverpool.

“Then if it happens in domestic league, then it would be a super plus because I repeat I continue to ask for time and patience, because I have the experience to tell that we are far from other teams that are used to winning and have squads strong to win.

“If we understand together this, it would be good. Otherwise, I repeat everybody wants to win, I am the first that wants to win but we need time and patience.

“If everybody knows we have time and patience, it is OK. Otherwise I think we continue this season and we will see at the end what happened.”

Mohamed Salah’s first-half double at Tottenham proved enough for Liverpool to earn a first away win in the Premier League this season.

It was the first involvement by the subbed-on Sweden international, who had missed 11 matches for Spurs with a hamstring issue sustained in September.

Conte, who was without fellow forwards Son Heung-min and Richarlison, said: “I was first to be happy for Kulusevski because he missed a lot and (Lucas) Moura missed a lot.

“Richarlison is missing a lot. Now we lost Sonny. When a club like Tottenham loses all these important players it’s not like the other clubs. I hear someone say every team has injuries, yes but it depends which players you have injured.

“Tottenham can’t afford to lose all these important players. If you ask me whether we are able to manage the situation, I think we are doing this. We are managing the situation in the best possible way.

“We finished the Champions League first (in the group) and for many people that was normal despite last season, Conference League we dropped out in the group. I think that we have to be calm and assess very well the situation of Tottenham and see what the situation was one year ago.

“Otherwise I repeat, we risk losing enthusiasm and passion. We have to know that to stay in this position now there is a project, there is a vision, the club knows very well the way to try to improve, but we have to be enthusiastic – everybody!”

Defeat for Liverpool at Spurs would have opened a 13-point gap between the clubs but it now stands at seven and Jurgen Klopp praised their doggedness to hold on for a vital win.

“It was a really, really tough game for everybody,” he said.

“Brilliant first half, really good with good football, controlled and world-class goals. Then, we all know, that Tottenham is coming back.

“They take a lot of risk, become pretty direct, switch sides, cross it early and that makes life really difficult because you cannot defend these situations clear because there are a lot of second ball fights.

“We had our counter-attacking moments, we weren’t precise enough in these moments and that could have been massive.

“If we score the third, it obviously changes the whole game but we couldn’t. Then Tottenham score their goal, which was really well played, and we had to keep fighting. We did that and I like that.

“People who follow us a little longer know in our best spells, if we want to win an away game this is a normal way to do it and I am completely happy about it.”