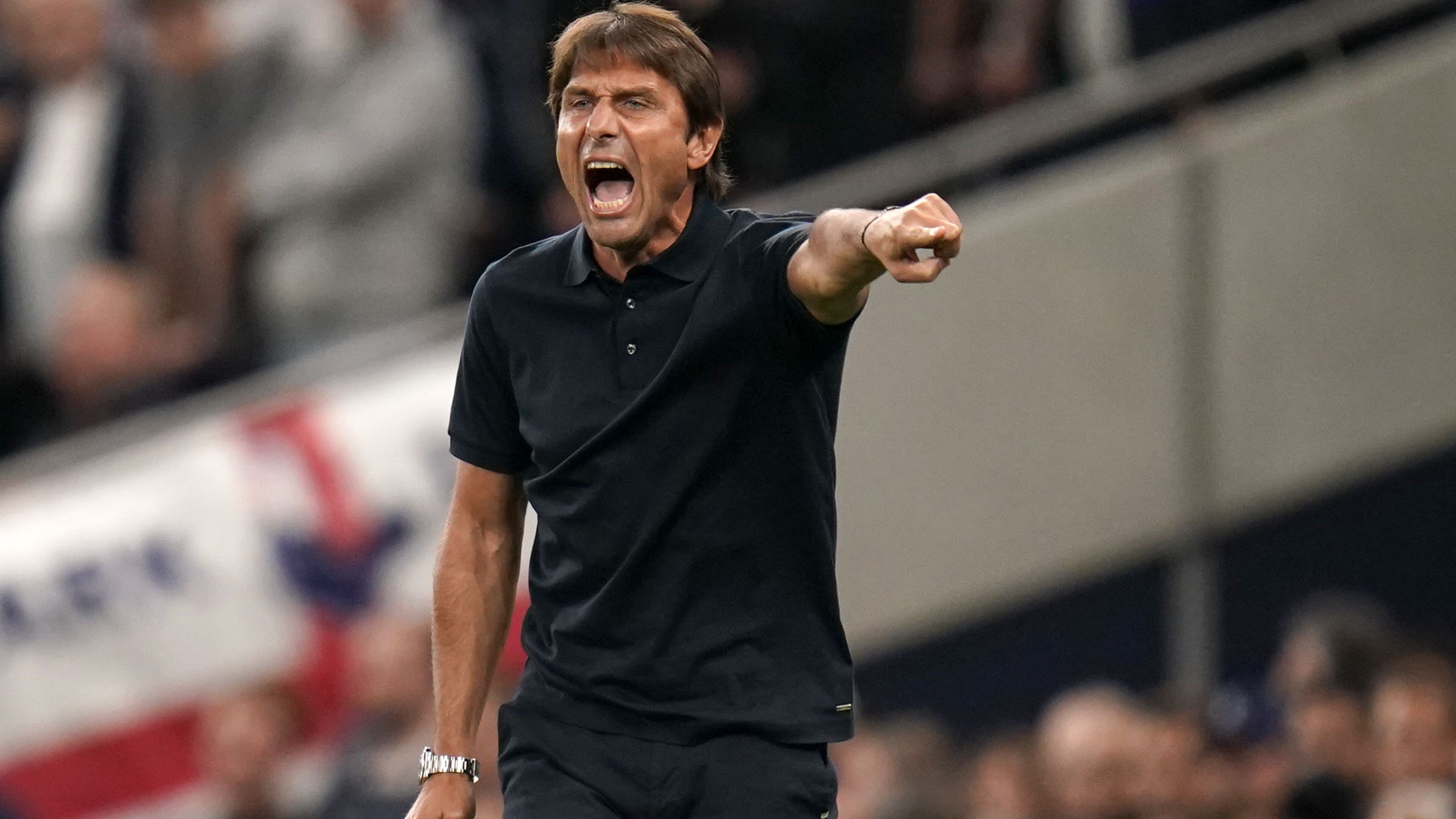 Tottenham manager Antonio Conte has warned his squad no one is undroppable but believes they will provide a positive reaction at home to Leicester this weekend.

Spurs saw their seven-match unbeaten start to the new season end on Tuesday after they suffered a 2-0 loss away to Sporting Lisbon in the Champions League.

Despite Conte’s side enjoying a strong opening six weeks to the campaign in terms of results, Son Heung-min is yet to find the net and Harry Kane struggled in Portugal, which led to the Italian sending out a message to his players.

He said: “There are no players that are undroppable. This has to be very clear.

“There are no players that are undroppable because if I tell this, it’s only to try to help my players and to try to avoid injuries, to try to have players at the top of their form and to have a good performance.

Spurs were hit by two late goals in midweek after a frustrating Group D encounter where they struggled to create chances.

Conte was pleased to see his players angry after the loss but knows it will not be simple to bounce back against a Leicester side who reached the Europa Conference League semi-finals last season and won the FA Cup in 2021.

“You know very well that we have to try in every game to get a win. This has to be our reality and for this reason you have to understand that when we lose, we are totally in the opposite side,” he added.

“For this reason we have to feel, we have to be a bit angry and to try and have a good reaction because now we have the possibility to play another game in the Premier League and for us it’s important to get a win.

“At the same time you know you’re playing against Leicester. The table at the moment is not faithful to them.

Earlier on Thursday, it was confirmed Eric Dier had earned a recall into Gareth Southgate’s England squad for the Nations League matches with Italy and Germany this month.

The centre-back has not played for his country in almost two years since an appearance against Iceland but has impressed during Conte’s time at the club.

He said: “For Eric it was a really good achievement, but what I can only tell him is that this has to be a point of start.

“That he has to gain the possibility to go to the World Cup, especially in this month and a half that we have before the World Cup, by continuing to play well, to have a good performance, to show he has really good stability and that he is a really reliable player.

“What I can tell him is only this – continue on this way, to continue to work hard and have this concentration. For the rest I think my staff and I and team-mates are very happy for this call up to the national team.”

Lucas Moura (calf) will sit out Saturday’s match, which will see several tributes in memory of the Queen with Ledley King and Emile Heskey, ambassadors for Spurs and Leicester respectively, laying a floral wreath before kick-off.