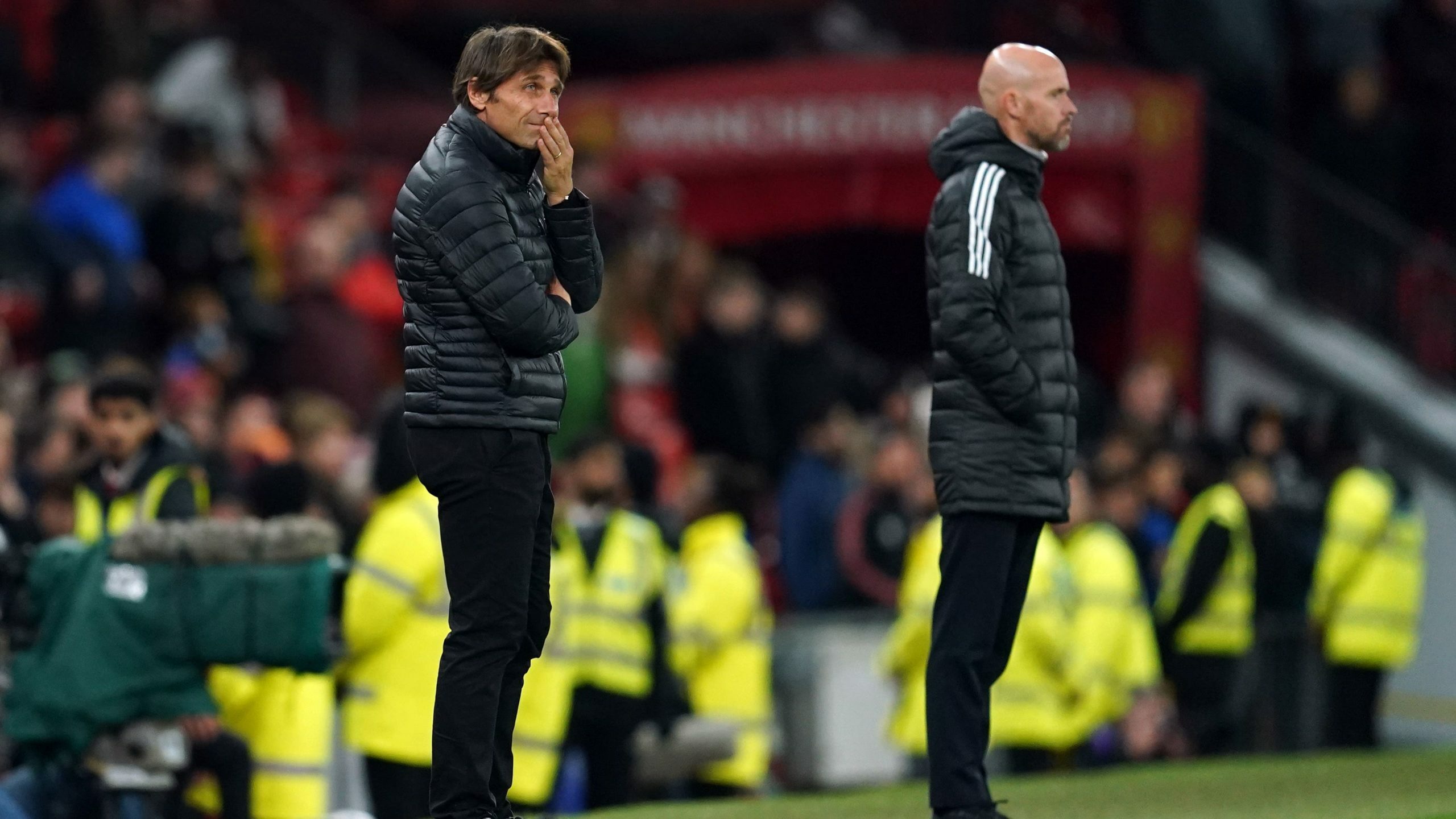 Antonio Conte has reiterated Tottenham are in the middle of a process to becoming a genuine Premier League title contender following criticism of their midweek loss at Manchester United.

Spurs suffered a second defeat of the domestic campaign on Wednesday and in similar fashion to the poor display produced at Arsenal earlier this month.

Conte referenced the spending power of United in the build-up to the Old Trafford clash and was quick to point out where his team currently are in the big six pecking order ahead of Sunday’s visit of Newcastle.

“I know we need a process to go step by step to become a really, really strong team and to become title contenders,” he said.

“I like to speak about the process because I know and I feel that this club and this team needed our process. Not in 10 months or one year and click, ‘you can do it, everything is okay, you are title contenders and better than City, Chelsea, Liverpool, United and Arsenal’.

“You try to do it but you have to know there is a path. This path is compulsory. You have to go through this if you want to fight for something special and win trophies.

“Before to reach an important level we have to go through a path and improve the quality, improve the number of players in the squad, especially if we are to play Champions League and Premier League, but this is part of the process.

“Then it depends what we want, a long process, a short process, a medium process. You have the solutions but you have to know we need to have patience.

“I have great respect for the club and what the club wants to try to do but at the same time I know our possibilities are different to the monsters that are in England. There is a difference.

“It doesn’t mean my aspiration is not to fight at the same level, but I think you need to have time, patience, don’t make mistakes in the transfer market, many situations. It’s normal for a club like Tottenham in this moment.”

Spurs’ strong start to the campaign in terms of results meant Wednesday was only their third loss in all competitions.

While a debate remains over their style of play, the midweek reverse was one of the rare occasions they have tasted defeat under Conte in recent months and highlighted to the Italian a key change in the mindset of the squad.

“I’m trying to improve myself but on one side it could be better for my spirit and my family, and on the other side I know that if I lose this anger I can lose something important to transfer to my players, for the next time to try to do everything to avoid the defeat.

“I think that when you don’t get a good result, the first step to become a winner is that you have to feel the defeat in yourself. In every club that I’ve worked at I tried to transfer this to my players.

“If my players and all the people in this environment start to understand that a defeat is different than a win, I think this is the first step to becoming a winner.

Spurs remain without Dejan Kulusevski (hamstring) and Richarlison (calf), but Emerson Royal is available after suspension.