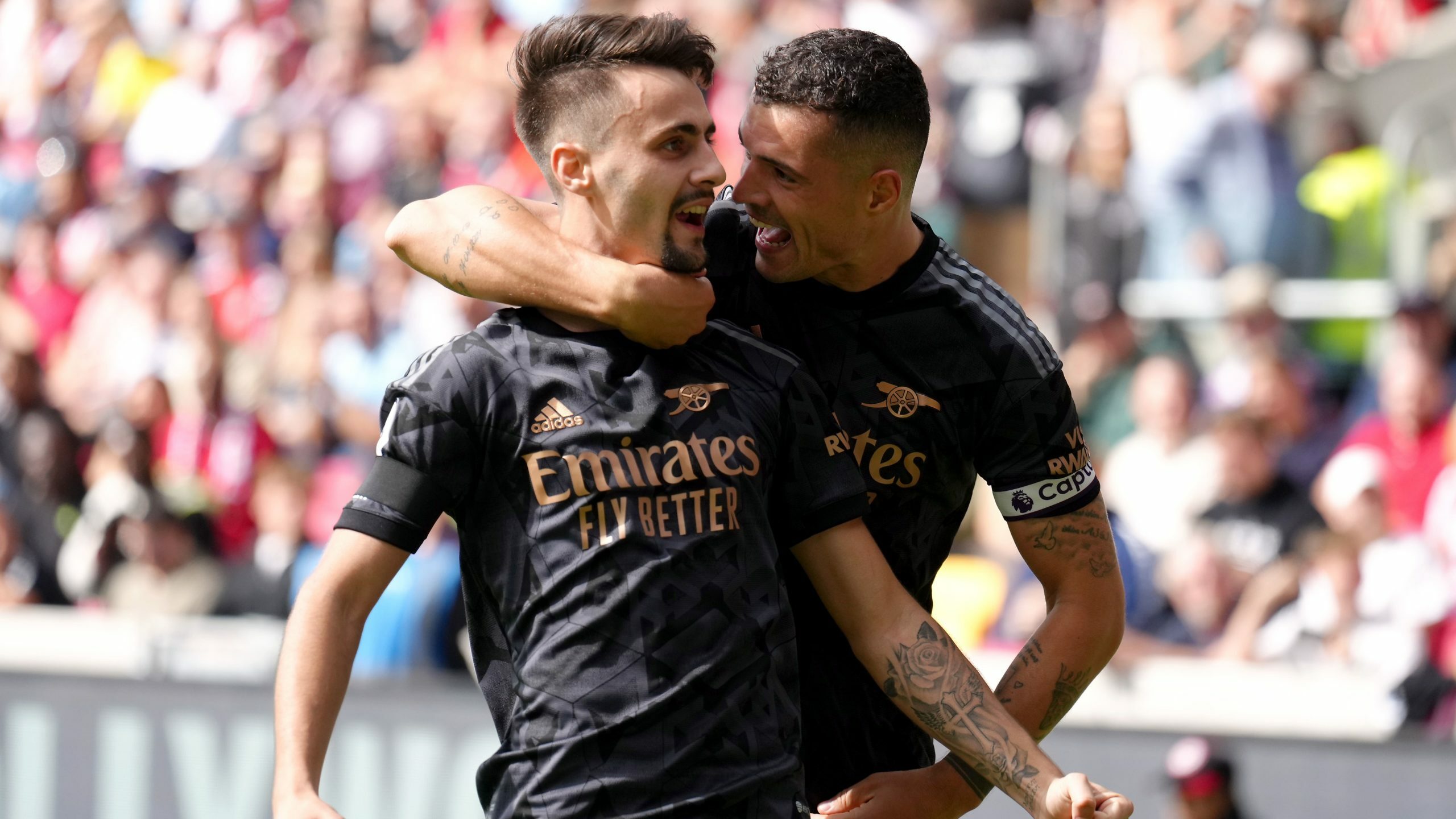 Arsenal breeze past Brentford to return to Premier League summit

Arsenal climbed back to the top of the Premier League and avenged last year’s humbling at Brentford with a clinical 3-0 victory.

The Gunners were back at the scene of their dismal opening-day defeat last season which pre-empted their worst start to a campaign for 67 years.

But they are a different animal this term and proved it with an organised, inventive display and three well-taken goals from William Saliba, Gabriel Jesus and Fabio Vieira.

Such was Arsenal’s dominance that Mikel Arteta could even afford to give 15-year-old midfielder Ethan Nwaneri a late run-out as a substitute, making him the Premier League’s youngest player.

Brentford have put four past Manchester United and five past Leeds at the Gtech Community Stadium in recent weeks, but they could not lay a glove on Arsenal with England new boy Ivan Toney an isolated presence in attack.

Gabriel Martinelli had already passed up a good chance when the Gunners took the lead in the 18th minute, Saliba’s glancing header from Bukayo Saka’s corner bouncing off the inside of the far post.

Bees keeper David Raya tried to scoop it out but the ball was well over the line and referee David Coote’s watch buzzed to indicate a goal.

Ten minutes later Jesus doubled the lead with another header, this time from a neat chip into the box from Granit Xhaka.

Saka should have made it three moments later after a defensive mix-up but the England winger blazed his shot over.

The second half began in a similar vein and when Saka laid the ball off to Vieira 25 yards out, the Portugal midfielder – on his first Premier League start since his £34million switch from Porto – took aim and curled a superb finish in off the post.

Toney’s only real chance came with a free-kick, from around the range in which he fired home the second goal of his hat-trick against Leeds.

This time the 26-year-old flicked the ball up before taking aim and sent his shot narrowly over the crossbar.

Having set two goals up, Saka fancied one himself but he was denied from the edge of the box by a flying save from Raya.

Toney had tweeted “nice kickabout with the boys” in the aftermath of last season’s win, a message which infuriated Arteta.

The Arsenal fans were quick to remind the striker, ending the match with a rendition of “Ivan Toney, a stroll in the park” while celebrating heading into the international break on top of the league.