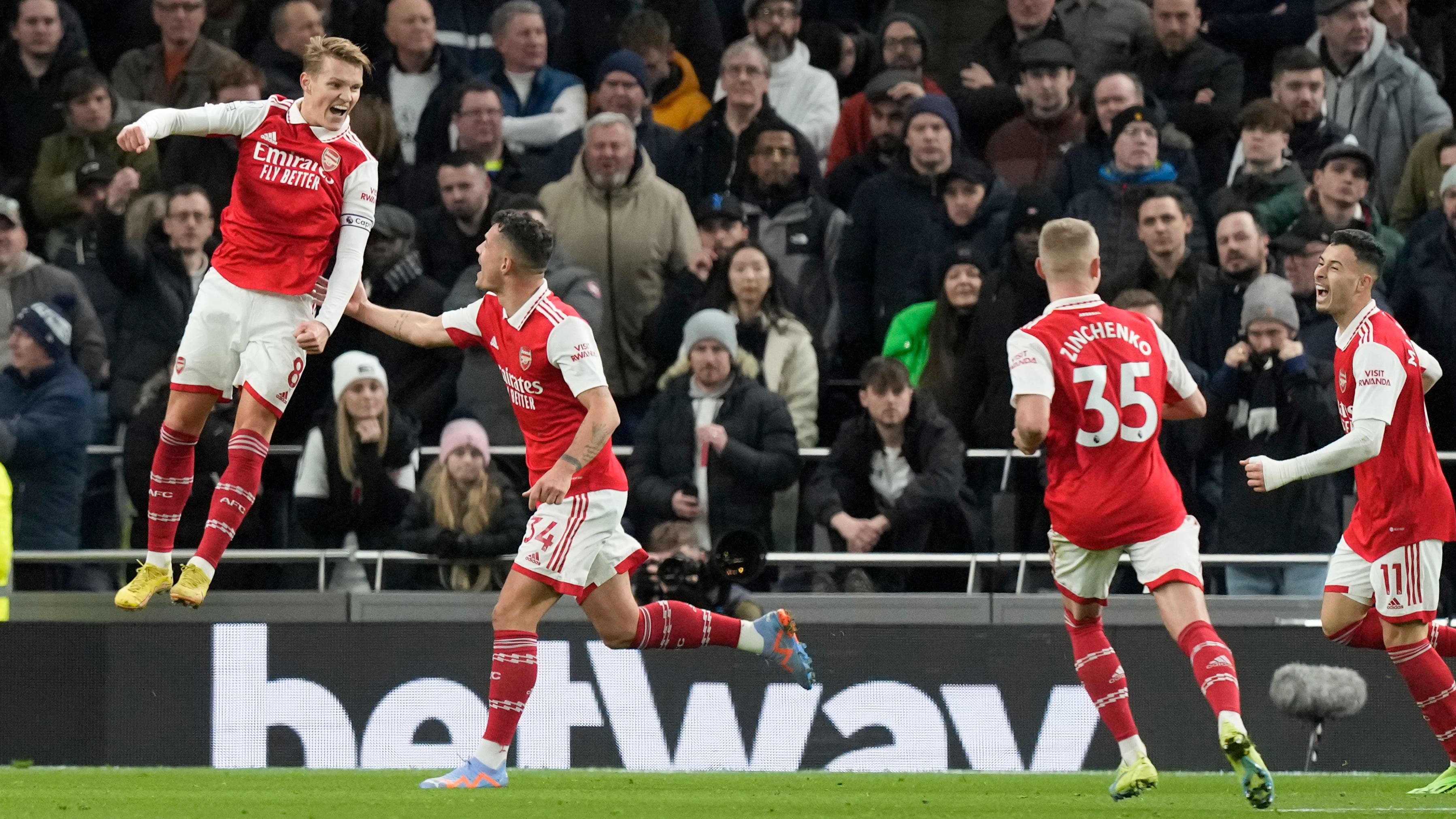 Arsenal move eight points clear at the top of the Premier League with a 2-0 derby win at Tottenham.

Mikel Arteta’s side did the damage in the first half with Hugo Lloris putting through his own net before Gunners captain Martin Odegaard rifled home from 25 yards.

A first double over their north London rivals since 2014 ensured leaders Arsenal capitalised on defending champions Manchester City losing at Old Trafford on Saturday to further raise hope they could win the title again for the first time in 19 years.

In-form Manchester United are Arsenal’s next opponents and they will now hope for a favour from Antonio Conte’s side, who travel to City on Thursday struggling to stay in the top four race and with Harry Kane still one goal short of Jimmy Greaves’ club scoring record.