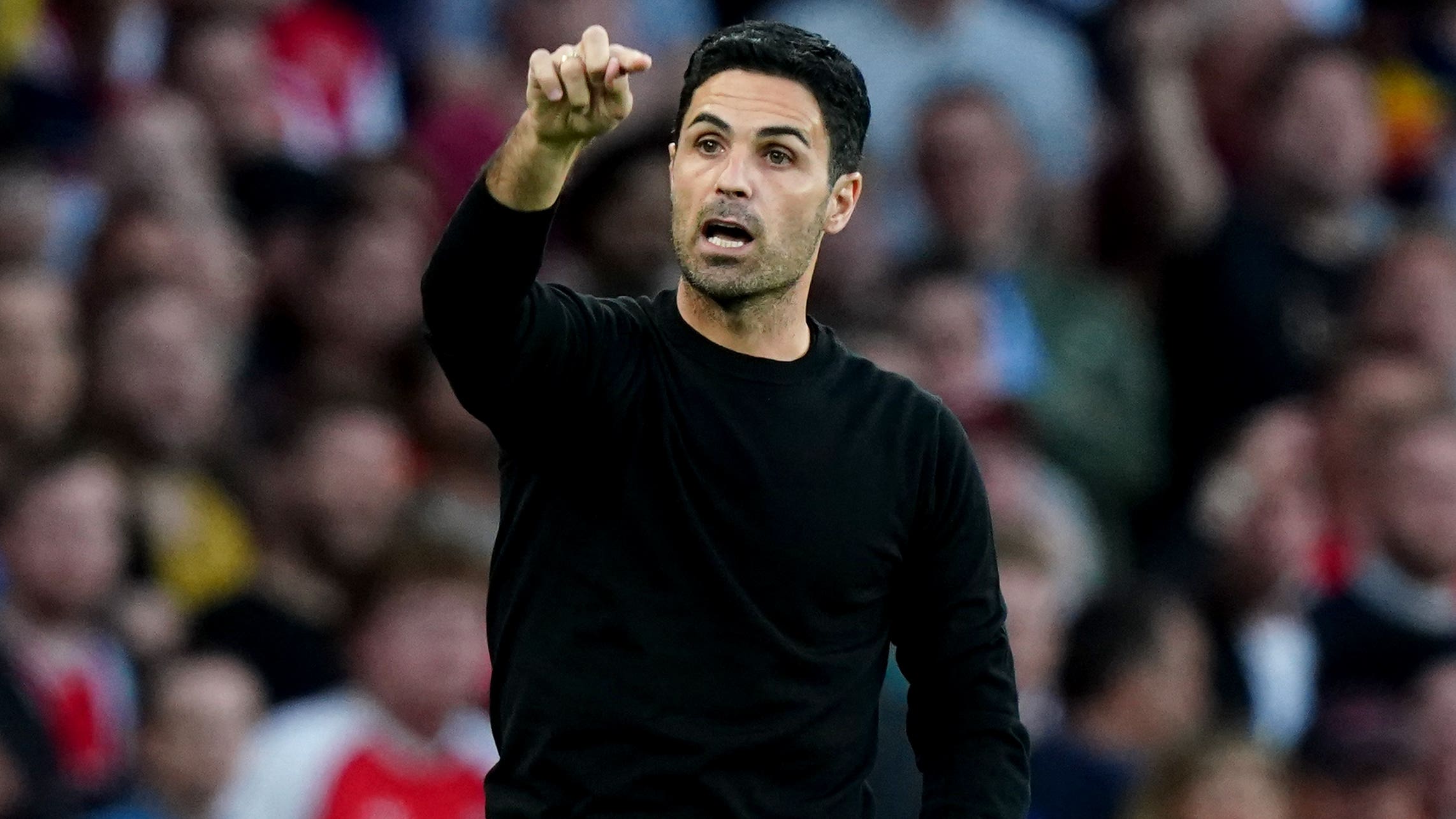 Mikel Arteta once again praised the mentality of his Arsenal side as they quickly reacted to an Aston Villa equaliser to secure another victory and maintain their perfect Premier League start.

Gabriel Martinelli hit the winner against Villa on a night of questionable goalkeeping at the Emirates Stadium where a deserved 2-1 success means the Gunners remain top of the table with five wins from five.

Former Arsenal goalkeeper Emiliano Martinez had earlier gifted Gabriel Jesus the opener as Steven Gerrard’s side slipped to a fourth defeat, heaping the pressure on the former England captain.

“The disappointment (of) conceding goals is part of the game, like giving the ball away or having a bad action is.

“It’s about the next action, the next phase and again, when you play in front of this crowd that helps. The energy they generate is just amazing.

“We are really happy because we are winning football matches that we deserve to win the way we are performing and playing. We need to continue.

“As I always said I think there are a lot of things that we can improve and you could see that in the second half.

“But the way we played in the first half – the amount of chances, how dominant we were, the energy that we played with – is really pleasing as a coach. Go to the next one.”

Arteta also revealed Arsenal may yet dip back into the transfer window following the news midfielder Mohamed Elneny faces a spell on the sidelines with a hamstring injury.

“We need to still see another specialist, but I’m afraid that we’re gonna lose Mo for a while.

“The club has been super supportive to keep improving the squad and the team as we can and if the right player is available and we can do it we will try.”

While Arsenal are riding the crest of a wave, Gerrard admits his position could come under threat following another defeat.

Villa have lost four of their first five fixtures and the former England captain was bullish when asked if he had concerns over his future.

“I am being honest and critical of myself. I will do my job the best I can do. I will step forward and take responsibility as best I can.

“But if I stood here and said I wasn’t concerned you’d look at me as if I was from a different planet.

“We showed character and commitment and we were hanging on at times but if we keep getting important moments in key areas we will continue to concede goals.

“We speak about this most days and it’s really frustrating that the messages don’t seem to be getting through.”