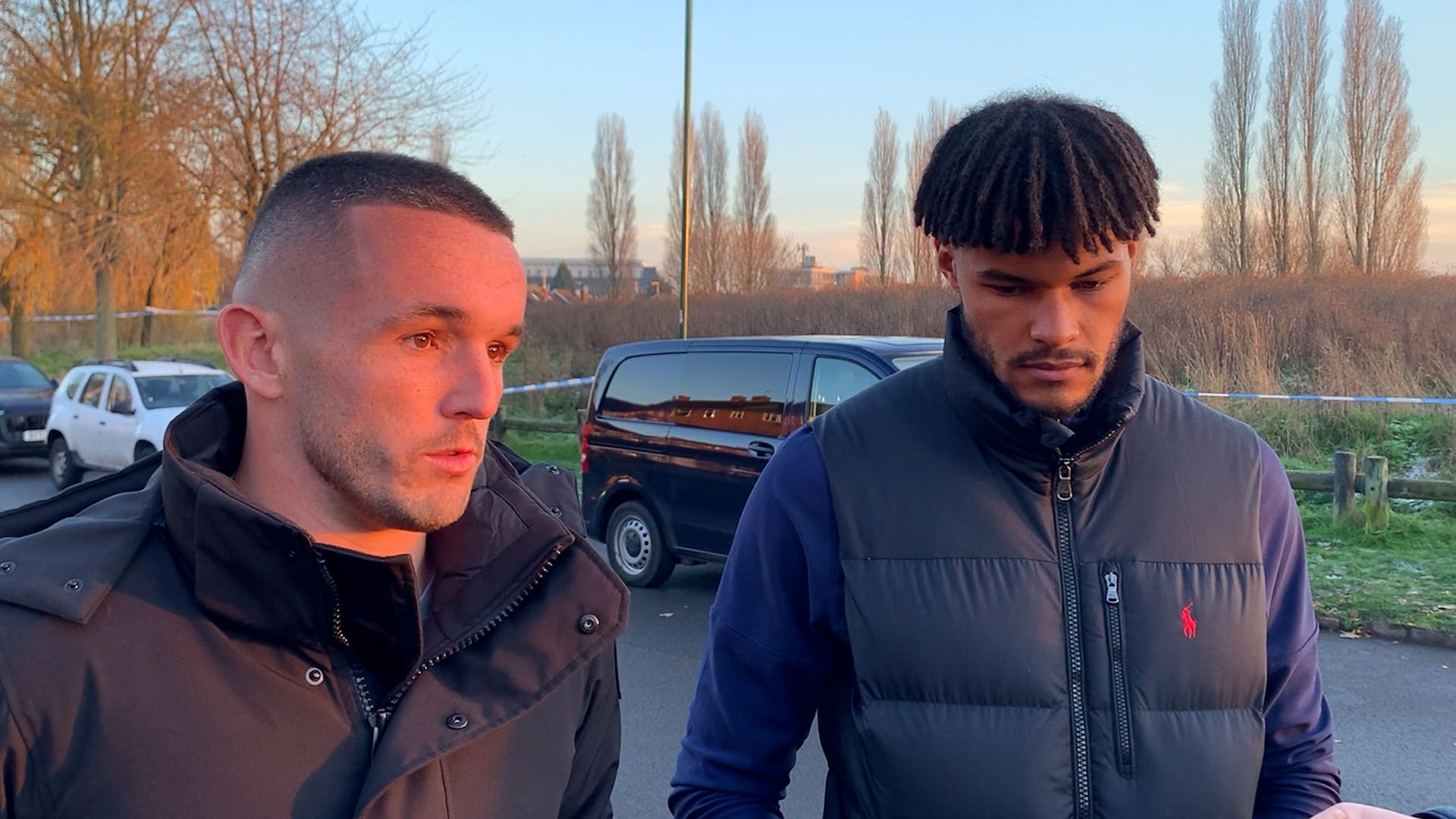 Aston Villa duo Tyrone Mings and John McGinn visited a makeshift memorial in Solihull to pay their respects to four children who died after falling into an icy lake.

England defender Mings and Villa captain McGinn arrived on Wednesday to look at the carpet of floral tributes.

Mings said: “It was a personal decision to pay our respects.

“We felt it was important to come down on a personal level just to show that support.

“Sometimes, as we’ve seen with other things that have happened across the city, there are things more important than football.

“We felt it was important to come down here, show our respects and show we were thinking about everything that has happened and the parents that are affected by it.

“We feel that pain too.”

Mings and McGinn spent a few moments in silence looking at the hundreds of tributes, cards, bouquets, children’s toys and balloons which have been laid at the foot of a tree next to Babbs Mill Park since tragedy unfolded in the nearby waters on Sunday.

Both players have been at the club’s mid-season training camp in Dubai before returning to the UK ahead of Thursday night’s home friendly against Spanish side Villarreal.

The tragedy has united the city’s rival football clubs, with Birmingham head coach John Eustace laying a wreath at the memorial on behalf of the Blues on Tuesday.

McGinn said: “We were in Dubai when we heard the news and I thought of my nieces and nephews, and the players thought about their kids.

“It was certainly moving for us.

“We saw John Eustace come down yesterday and myself and Tyrone thought it would be good for us to pay our respects.

“I’m sure tomorrow night in the friendly against Villareal, the Villa family will come together and pay our respects to what is a tragic event so close to home.

“But it just shows what a close-knit community it is.”