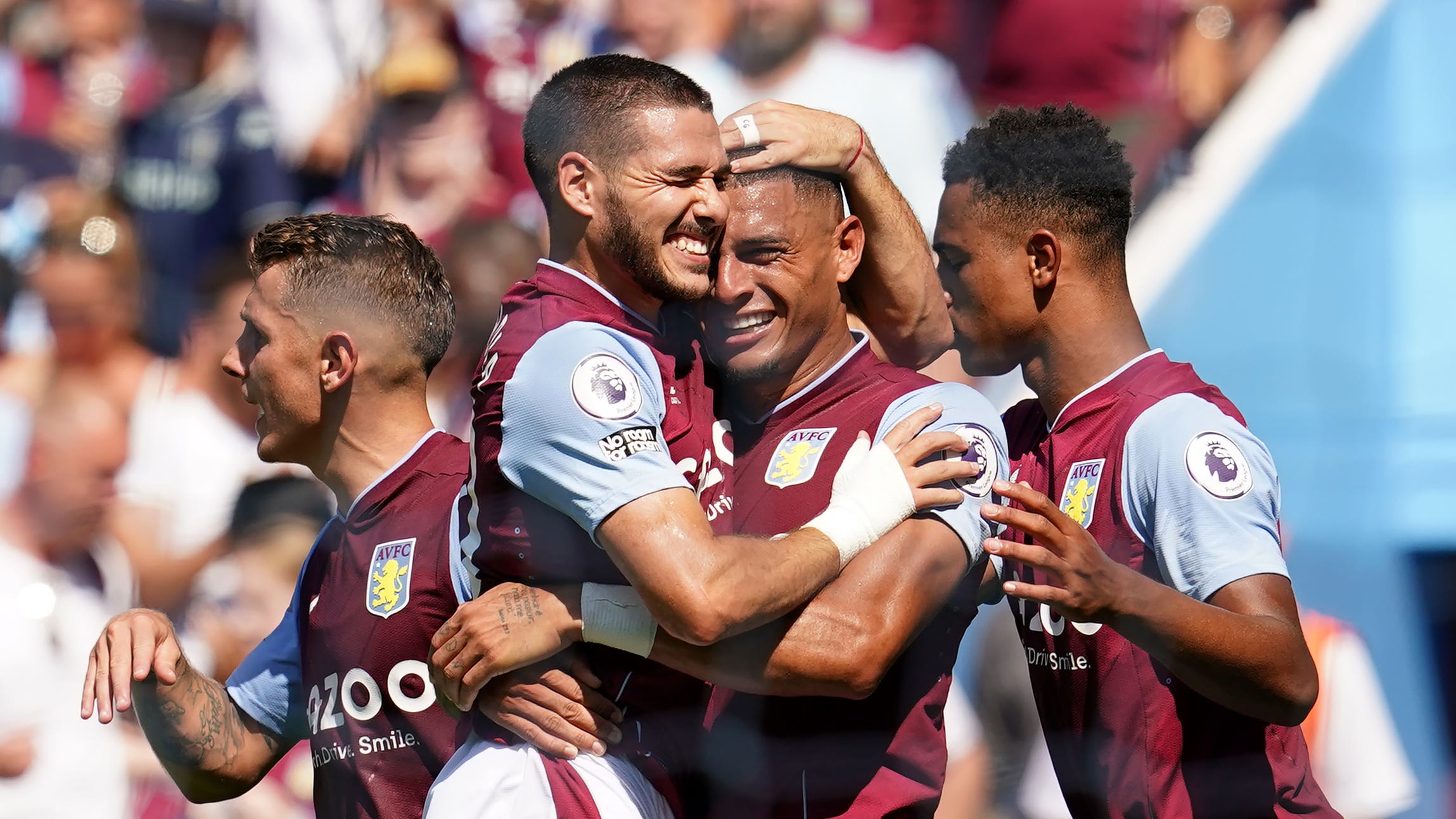 Steven Gerrard got the better of his old England team-mate Frank Lampard as Aston Villa defeated Everton 2-1 for their first victory of the new Premier League season.

Danny Ings found the net in the 31st minute and substitute Emiliano Buendia looked to have sealed the points when he claimed a deserved second four minutes from time.

Everton gave a debut to new defensive signing Conor Coady but had looked toothless in attack until their new recruit Amadou Onana forced an own goal from Lucas Digne a minute later and left Villa hanging on.

Gerrard found himself facing uncomfortable questions after an opening defeat by Bournemouth last weekend but Tyrone Mings, stripped of the captaincy and then left on the bench, returned to a great reception and this result will provide a shot of optimism at Villa Park.

Having narrowly avoided relegation last season, Everton have now lost their opening two games, although their finish to the game was at least something to hold onto.

Villa responded to a noisy welcome from their fans with a high tempo start but they were unable to test Jordan Pickford.

Coady, signed on loan from Wolves this week, was straight into the action organising his new defensive partners and Everton withstood the early barrage, helped by referee Michael Oliver waving away penalty appeals after Vitalii Mykolenko grabbed hold of Matty Cash’s shirt.

Oliver was similarly unmoved when Anthony Gordon went down holding his face after a hand-off from Mings.

Gordon did his best as a makeshift centre-forward but Everton’s need for reinforcements up front was all too evident.

They would have had a decent opening had Dwight McNeil not overhit a simple pass to Demarai Gray, and the visitors thought they had taken the lead in the 24th minute when James Tarkowski headed down a corner and Gordon tucked it away.

However, Everton celebrations were quickly drowned out by cheers from the home fans as the offside flag was correctly raised against Gordon.

Seven minutes later the deadlock was broken at the other end thanks to a fine strike by Ings.

John McGinn picked out Ollie Watkins on the right with a precision long pass. It appeared Philippe Coutinho was better placed than Ings to take on his ball into the box but the forward turned away from his marker and curled a pinpoint shot into the bottom corner.

Everton’s injury situation worsened when Abdoulaye Doucoure had to be replaced by Tom Davies.

Both teams had sniffs of goal just before half-time but Gray could not control a cross from Alex Iwobi in front of goal while Jacob Ramsey’s low ball was just ahead of Coutinho.

Everton possessed a greater threat at the start of the second half and Gray forced Emiliano Martinez into his first save with a well-struck shot from the edge of the box in the 53rd minute.

Coutinho went down with an injury and was replaced by Buendia, while Lampard introduced a striker into his team in the 64th minute with Salomon Rondon coming on for McNeil.

The impetus was with Villa again, though, and they piled pressure on the Everton defence with a series of raids into the box, including a hooked effort by Buendia that deflected off Coady before being cleared off the line by Mykolenko.

Lampard brought on his other signing of the week, young Belgian midfielder Onana, for the final 10 minutes along with Dele Alli.

All the momentum was with Villa, though, and the lively Buendia created and scored their second, playing a one-two with Watkins before tapping in.

That appeared to be that but Onana gave Everton fans cause for encouragement with his late cameo.

As well as setting up the goal – not a moment former Everton defender Digne will want to watch  again – the midfielder caused problems and might have scored the equaliser but for a last-ditch tackle from Calum Chambers just after coming off the bench, while Gordon also saw a shot saved.