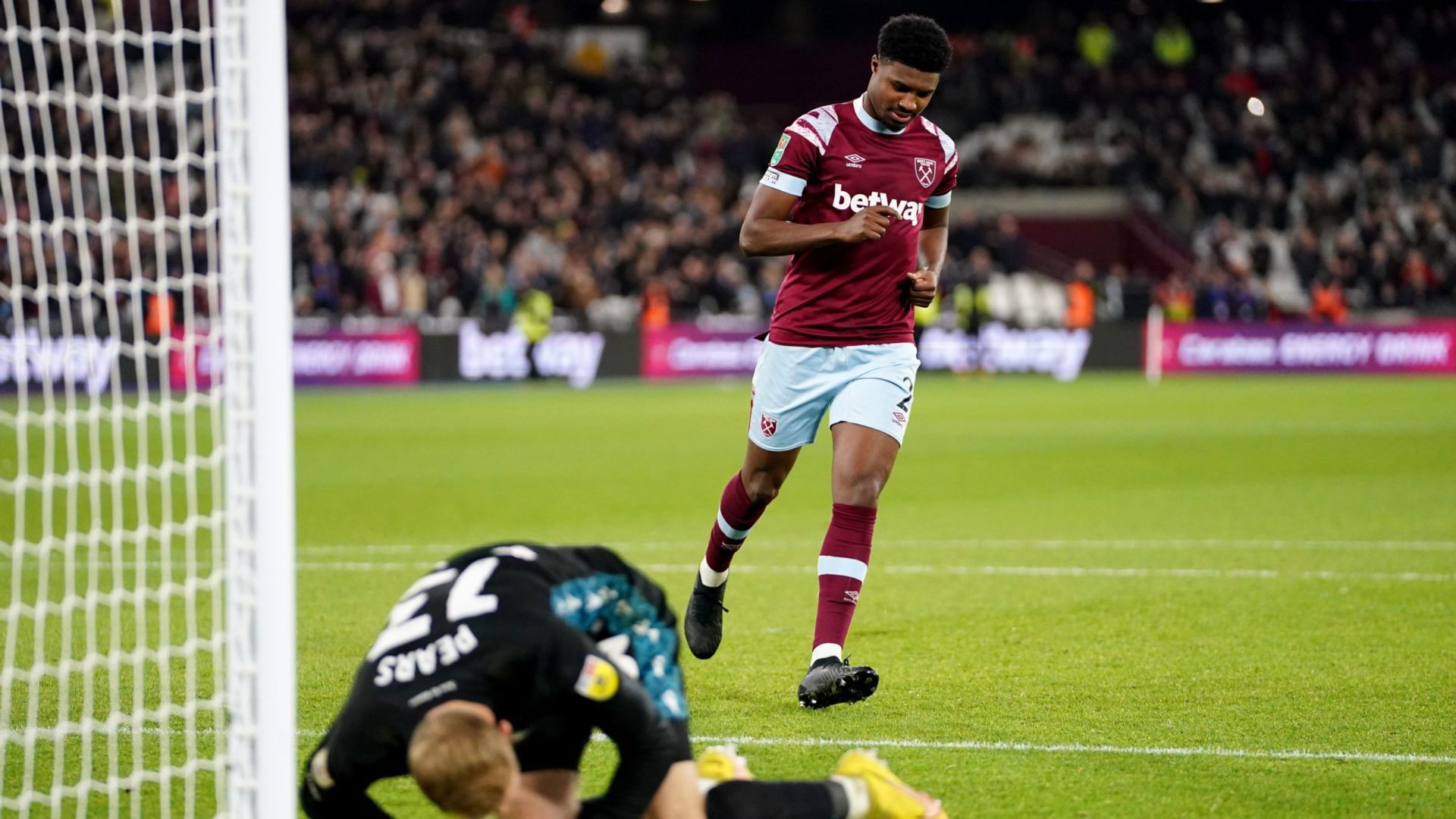 A strong-looking Hammers side were beaten 10-9 on penalties by youthful Rovers following a 2-2 draw at the London Stadium.

Goals from Pablo Fornals and Michail Antonio put West Ham ahead after Jack Vale’s first senior goal had put the visitors in front.

But a superb strike from Ben Brereton Diaz, a likely Hammers target in January, took the match to penalties and Angelo Ogbonna missed the crucial 20th spot-kick.

It is three defeats on the trot in all competitions for David Moyes’ side, who lie 15th in the Premier League and host in-form Leicester on Saturday in their last match before the World Cup.

“We’ve not had the good fortune we had last season,” defender Johnson told West Ham TV.

“Games and decisions are going against us and it’s difficult to take. But, of course, we’ve got to move on and continue to the next game. Hopefully we can go into the next game, win that, and give everything in it.

“Leicester is a huge game. Leicester are in good form but we know what we can do. We’ve got some fantastic players and a great squad. We’re just trying to make it work at the minute and we’ve just been unfortunate.

“Hopefully we can just go into that game with clear heads, clear minds, and just go out there and get the win and give the fans a good send-off going into the World Cup.”

Blackburn made 11 changes to their side with a top-of-the-table clash with derby rivals Burnley on Sunday in mind.

Manager Jon Dahl Tomasson said: “We look forward to that game. The players have done excellent so we go to Burnley to play well and give a good performance.”