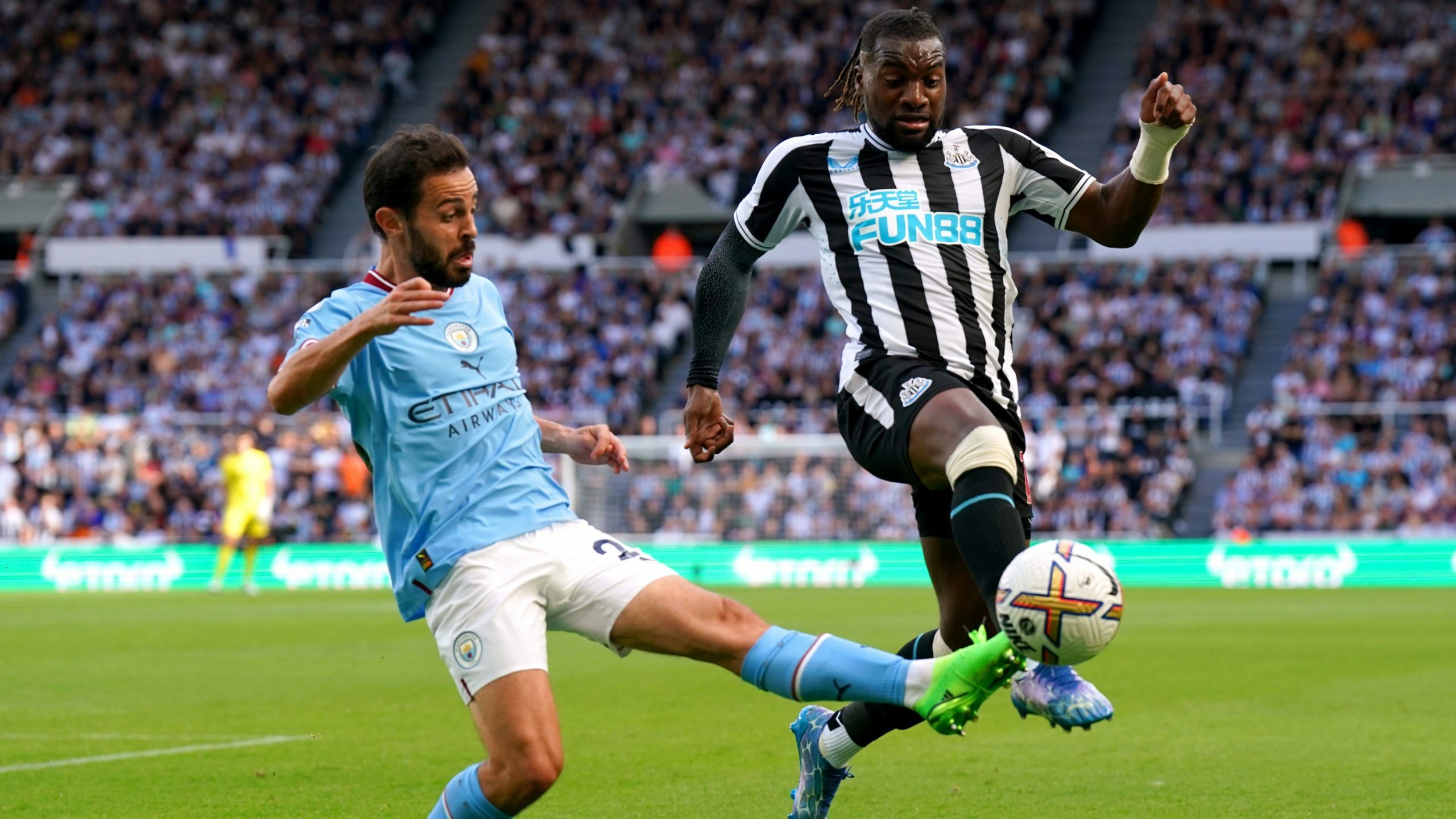 By By Damian Spellman PAAugust 21, 2022No Comments

Bernardo Silva came to Manchester City’s rescue as the Premier League champions fought back to take a point from a six-goal thriller at Newcastle.

Silva, starting for the first time in the league this season, ensured a rip-roaring contest in which the visitors led after five minutes, but trailed 3-1 nine minutes into the second half, ended 3-3.

Before kick-off neither side had conceded a top-flight goal this season and when Ilkay Gundogan punctured the home side’s bubble within five minutes, the writing appeared to be on the wall.

But rather than opt for damage limitation, Newcastle – inspired by the individual brilliance of Allan Saint-Maximin decided attack was the best form of defence and after Miguel Almiron had equalised, stunning finishes from Callum Wilson and Kieran Trippier in front of England boss Gareth Southgate among a crowd of 52,258 had the Magpies in dreamland.

However with another World Cup hopeful Nick Pope having already made a series of vital saves, it was a case of when, not if the backlash would arrive, and it did through £51million summer signing Erling Haaland and Silva to set up a grandstand finish which, perhaps fittingly, failed to yield a winner.

Silva and Haaland had already combined ominously to allow Rodri to whistle a long-range strike over Pope’s crossbar when the midfielder was allowed time and space to deliver a fifth-minute cross for Gundogan to control and fire past the helpless Pope.

The Magpies keeper had to save with his legs from Kevin De Bruyne and Phil Foden in quick succession with the visitors utterly dominant, although the home side should have levelled when Saint-Maximin cut the ball back for Almiron, who skied his shot high over.

Pope clawed away De Bruyne’s 20th-minute free-kick, but opposite number Ederson had to save at full stretch to keep out Saint-Maximin before substitute Ruben Dias deflected a Wilson attempt wide, although the respite proved temporary.

Saint-Maximin tricked his way past Kyle Walker and Rodri down the left to cross to the far post, where Almiron slid in to turn the ball home, and the offside flag which greeted his initial celebration was overturned on review.

Joao Cancelo had to come to Ederson’s rescue after he had rashly raced from his line to confront Almiron and was easily rounded, but he was picking the ball out of his net once again six minutes before the break when Saint-Maximin cut inside and fed Wilson, who touched the ball past Dias before dispatching it into the net with the outside of his right foot.

Haaland was unfortunate not to drag the visitors back into it within seven minutes of the restart when his shot beat Pope, but came back off the foot of a post, and his misery was compounded two minutes later when the home side extended their lead.

John Stones was penalised for bringing down the flying Saint-Maximin 22 yards out and Trippier’s free-kick gave Ederson little chance.

Haaland blasted City back into it from close range with 29 minutes remaining and should have helped himself to a second three minutes later, but was denied by Pope’s legs.

City were back on terms, however, seconds later when De Bruyne picked out Silva’s run with an inch-perfect through-ball and he made no mistake.

Trippier’s afternoon looked to have taken a significant turn for the worse when referee Jarred Gillett produced a red card for his cynical trip on De Bruyne, although the official was advised to review the incident and duly reduced the punishment to a yellow.

Haaland could have won it with 12 minutes remaining, but stabbed over as the home fans collectively held their breath and although it was the visitors who finished the stronger, they ultimately had to make do with a point.