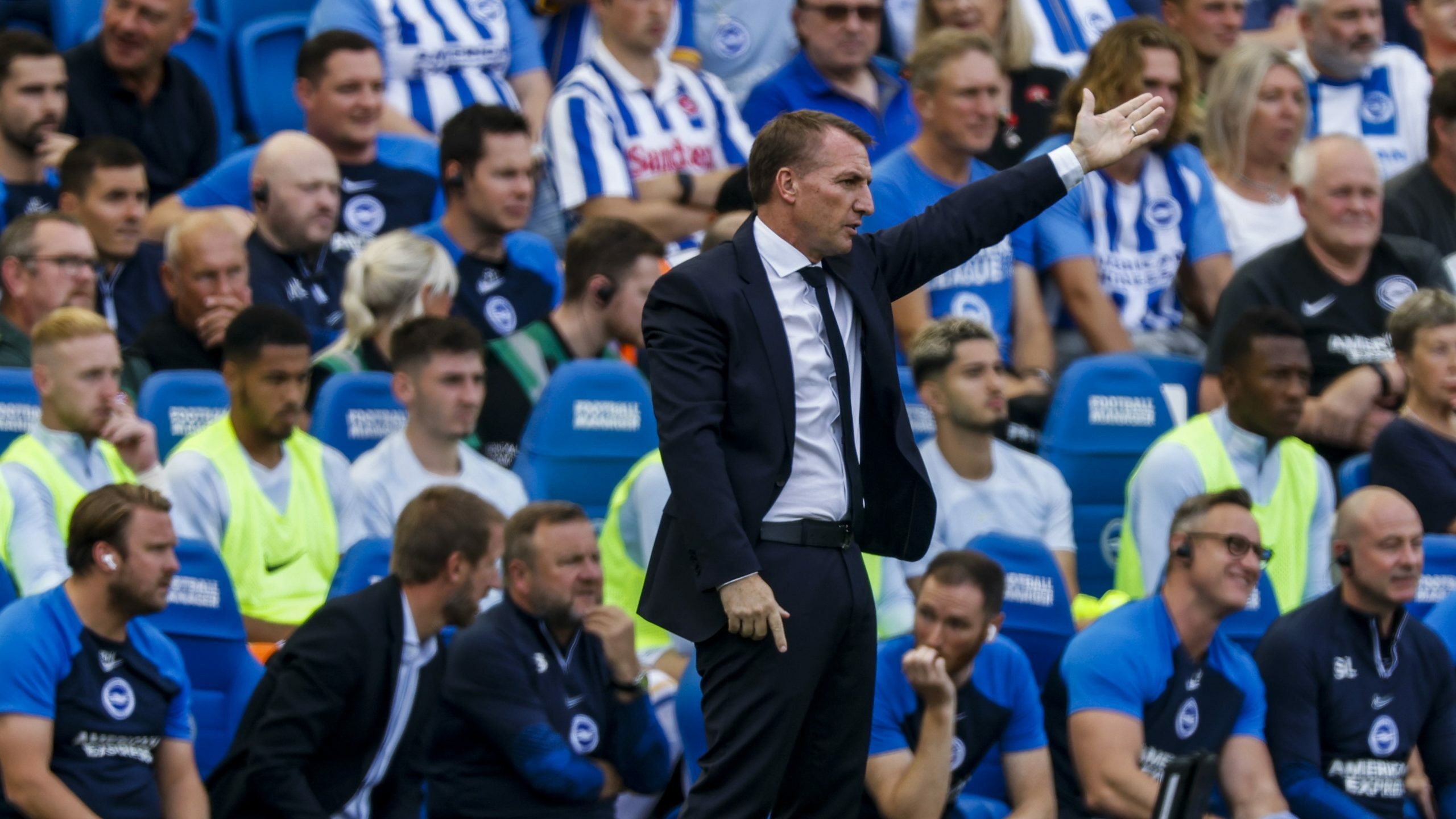 Under-fire Brendan Rodgers has called on struggling Leicester to be brave as they look to revive their season.

The Foxes go to Tottenham on Saturday bottom and winless in the Premier League.

They come off the back of a 5-2 thumping at Brighton, with last week’s visit of Aston Villa postponed after the Queen’s death.

Leicester’s struggles are in contrast to their previous top-four challenges and Rodgers wants his players to stand up after five straight defeats.

He said: “We’re in a situation we haven’t been in before. Results haven’t gone our way but what is important is we have to be brave. Sometimes you’re not quite on your game and you can lose that aggression, but you can’t do that.

“Defending well is all about attitude and that’s something we have talked about. We talk about it every single day.

“The pressure starts from the top of the field. If they are not right the rest of the team is wrong. If one player isn’t quite doing it everyone else has to move into space we don’t need to.

“You want to see that grit and passion, that’s something we have here. Like in anything, in any sport, it’s not just about the talent. The ones who succeed are the ones who have that grit, determination and perseverance.”

Dennis Praet (foot) missed training this week but is in contention to be in the squad at Spurs although Ricardo Pereira (Achilles) and Ryan Bertrand (knee) are out.

Tottenham are unbeaten in the top flight so far, although they suffered their first defeat of the season with a 2-0 Champions League loss at Sporting Lisbon on Tuesday.

“Antonio (Conte) works how he works and has them very organised. We know it’s going to be a very difficult game – whatever stage we went there.

“You can’t sit back and just let it happen, our intention is to play our game, to go and play with that courage and if we can cut out our mistakes it gives us a much better chance of getting a result.”