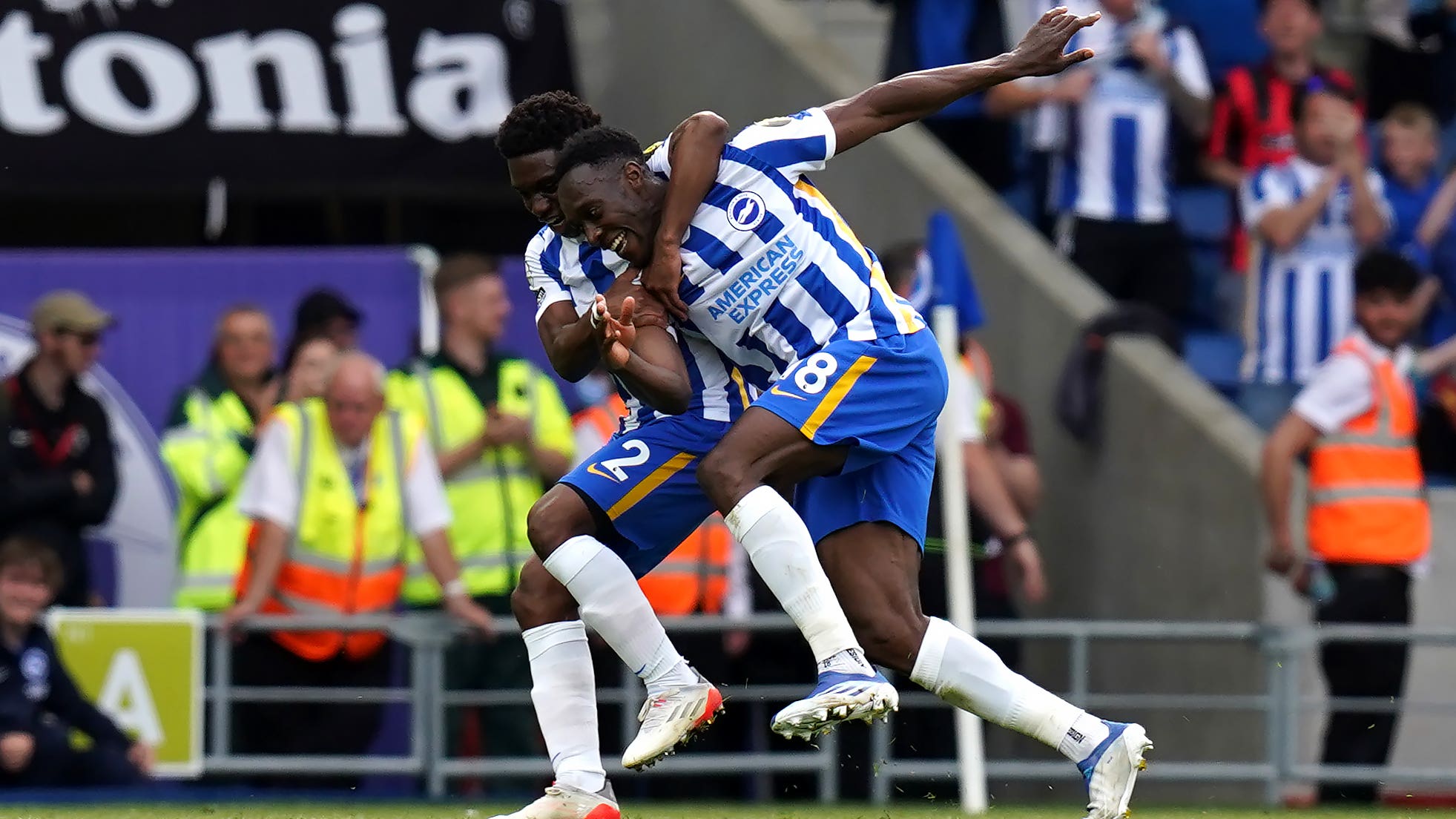 West Ham missed the chance to snatch a dramatic Europa League return after squandering a lead to lose 3-1 to Brighton at the Amex Stadium.

The Hammers, who suffered semi-final heartbreak in the continental competition just over two weeks ago, were on course to leapfrog Manchester United into sixth position following Michail Antonio’s stunning 40th-minute opener.

But second-half strikes from Joel Veltman, Pascal Gross and Danny Welbeck turned the game in the Seagulls’ favour to prevent David Moyes’ men capitalising on United losing 1-0 at Crystal Palace.

The east London club must be content with a place in the Europa Conference League next term following a result which saw Brighton secure a maiden top-half finish in the Premier League – and the highest league position in the club’s 121-year history.

West Ham arrived on the south coast assured of at least seventh place but only two points behind Ralf Rangnick’s side.

Brighton began brighter and threatened early on through Moises Caicedo.

But the visitors grew into the game and, shortly after travelling fans celebrated United falling behind at Selhurst Park, took the lead five minutes before the break with their first attempt on target.

Antonio did the damage, outmuscling Lewis Dunk on the edge of the Seagulls’ penalty area following Vladimir Coufal’s throw-in before rifling a stunning left-footed effort into the top left corner.

The attacking alteration had the desired impact as the hosts equalised just five minutes later, aided by a blunder from Hammers goalkeeper Lukasz Fabianski.

Gross crossed from the left and, after being teed up by Solly March, Dutch defender Veltman drilled a low effort which squirmed beyond Fabianski to claim his first goal of the season.

Brighton continued to have the better of the game. After Welbeck and Webster each flashed efforts narrowly off target, Gross gave them a deserved lead 10 minutes from time.

The creative German midfielder, who is out of contract in the summer but expected to agree a new deal, turned just inside the Hammers box before lashing a left-footed effort beyond Fabianski and high into the net.

Moyes responded by bringing on long-serving club captain Mark Noble for his final appearance before retirement, as well as Ukraine forward Andriy Yarmolenko.

Yet Albion remained the more threatening and should have put the result beyond doubt when the unmarked Welbeck – who, like Gross, is poised to sign a contract extension – headed straight at Fabianski late on.

The former England forward shrugged off that miss in added time, powerfully nodding in Gross’ corner to secure a positive end to a memorable season for the Seagulls, while leaving the visitors with plenty of regrets ahead of their short journey home to the capital.