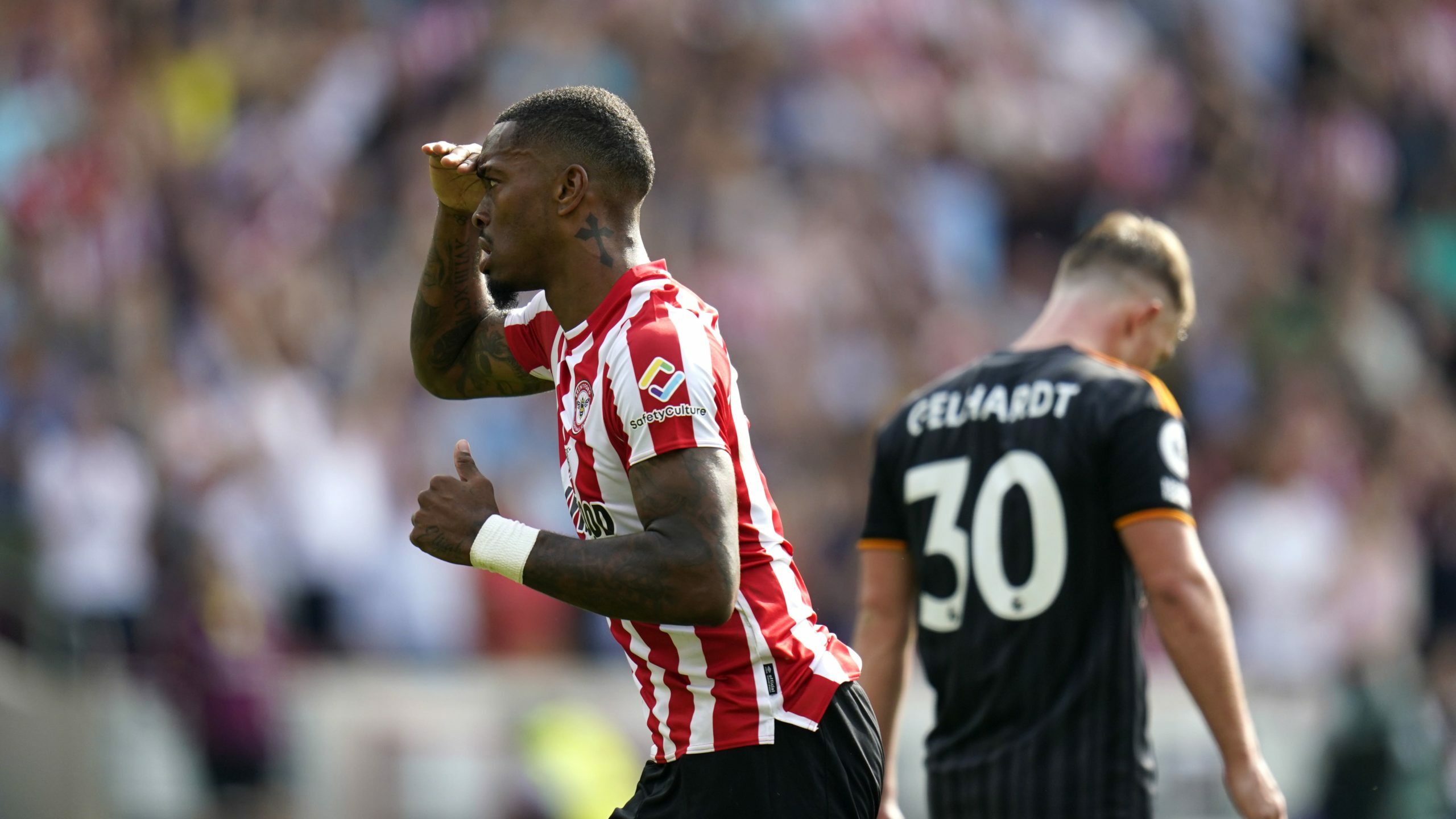 Ivan Toney’s stunning hat-trick brought up a half-century of Brentford goals and fired them to a breathless 5-2 win over Leeds.

A penalty, a free-kick and a superb improvised finish took the striker’s tally to 52 in just 96 Bees appearances.

Toney’s treble ensured there would be no repeat of the Leeds celebrations of three months ago, back at the scene of the last-minute, last day win which saved them from the drop.

In fact their mood was in stark contrast this time as boss Jesse Marsch managed to get himself sent to the stands as his temper boiled over in the second half.

Brentford were full value for their second win of the season with Bryan Mbeumo and Yoane Wissa sending them clear after strikes from Luis Sinisterra and Marc Roca had kept Leeds in the match.

The opener came after half an hour when a goalmouth scramble prompted a VAR check for a handball by Pascal Struijk, which Leeds survived, and a tug on Toney, which they did not.

Sinisterra was booked for the foul and Toney stepped up to send Illan Meslier the wrong way, extending his perfect record of 18 goals from 18 spot-kicks for the Bees.

He may be deadly from 12 yards, but Toney proved is not bad from 20 either after Shandon Baptiste was fouled, the striker curling a sublime free-kick around the Leeds wall and into the top corner.

However, Leeds hit straight back on the stroke of half time with their first effort on target, Sinisterra pouncing with a low drive from the edge of the box.

With the keeper stranded, Toney produced an exquisite chip to beat the retreating Leeds defence and complete a sparkling treble.

It was all too much for Marsch, who reacted angrily after a Leeds penalty shout came to nothing and was sent off for his protests by referee Robert Jones.

In a rip-roaring finale Patrick Bamford somehow missed an open goal from four yards out before Leeds pulled another back, Marc Roca turning in a cross from Luke Ayling.

But Brentford immediately went two in front again when Mbeumo raced through to score, with VAR overturning an offside flag as the ball had flicked Robin Koch’s head before reaching the forward.

Substitute Wissa celebrated his 26th birthday by wrapping up the points when he robbed Diego Llorente and rolled in the fifth.