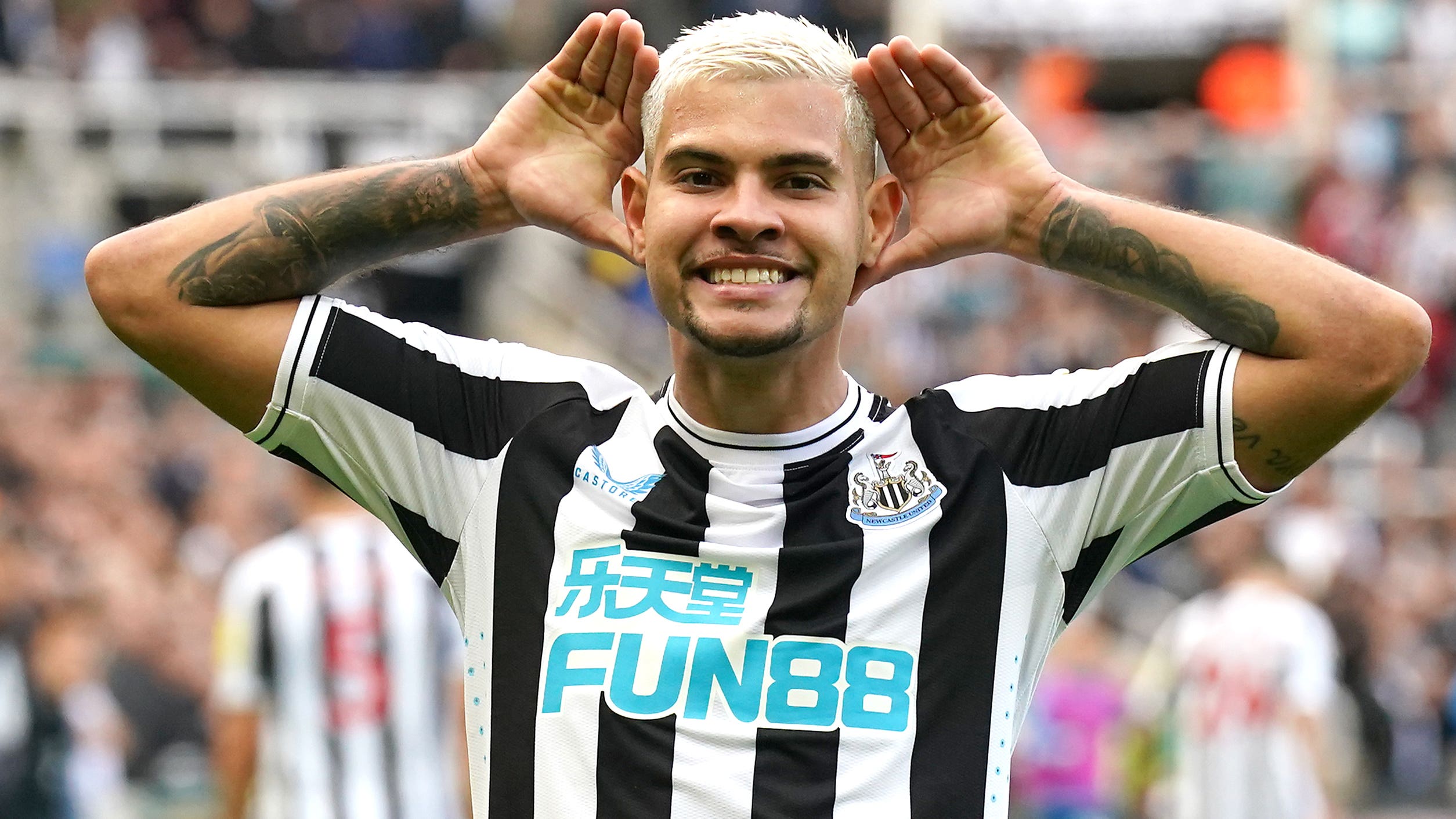 By By Damian Spellman PAOctober 8, 2022No Comments

Bruno Guimaraes helped himself to a double as Newcastle celebrated a year under their new owners with a stylish 5-1 Premier League victory over Brentford.

The Brazil midfielder headed the Magpies into a 22nd-minute lead and after Jacob Murphy had doubled their advantage, drilled home a long-range 56th-minute effort to delight the home fans among a crowd of 52,067 at St James’ Park a year and a day after Amanda Staveley’s Saudi-backed consortium completed its takeover.

Ivan Toney had converted a penalty in between, but Eddie Howe’s men were not to be denied as they completed back-to-back wins for the first time this season after Miguel Almiron and Ethan Pinnock’s own goal saw them complete their biggest victory to date under the 44-year-old.

Bees keeper David Raya had to pull off a fine save with just six minutes gone when, after Guimaraes had picked him out on the right with a sweeping crossfield ball, Almiron, who scored twice at Fulham last weekend, cut inside before curling a left-footed shot towards the far corner.

The visitors, despite enjoying a lesser share of the possession, threatened sporadically with Bryan Mbeumo in menacing mood, and he thought he had given them a 10th-minute lead from Shandon Baptiste’s pass.

Referee John Brooks initially awarded the goal but was invited to take a second look and ultimately ruled it out for offside against former Magpie Toney.

The home side were increasingly ragged in the wake of their fortuitous escape, but got their noses in front with 22 minutes gone when they executed a set-piece move to perfection.

Almiron pulled a corner back to Kieran Trippier, who whipped a first-time cross to the far post for Guimaraes to head firmly past Raya despite the keeper getting a hand to the ball.

Nick Pope had to save from Baptiste as the visitors responded, but opposite number Raya was punished for his own error as the Magpies extended their lead after 28 minutes.

His under-hit pass allowed Callum Wilson to close in on goal before he squared unselfishly for Murphy to shoot into the empty net.

The visitors gradually worked their way back into the game, but without ever extending Pope and that left them with a mountain to climb as they returned after the break.

Newcastle endured an untidy start to the second half with the Bees retaining possession with ease and Pope had to turn away Mbeumo’s firm 52nd-minute strike.

There was nothing he could do, however, to prevent Toney from pulling one back from the spot two minutes later after Aaron Hickey’s header had hit Dan Burn’s raised arm, although hopes of a fightback were dashed almost immediately when Guimaraes unleashed a dipping shot which sped past Raya from 25 yards.

Wilson fired wide from Trippier’s clever free-kick and Joe Willock had an effort blocked by Hickey with the Magpies looking to kill off the game.

They did just that with eight minutes remaining when Almiron intercepted Pinnock’s back-pass and rounded Raya to score before the unfortunate defender turned substitute Joelinton’s late cross into his own net.