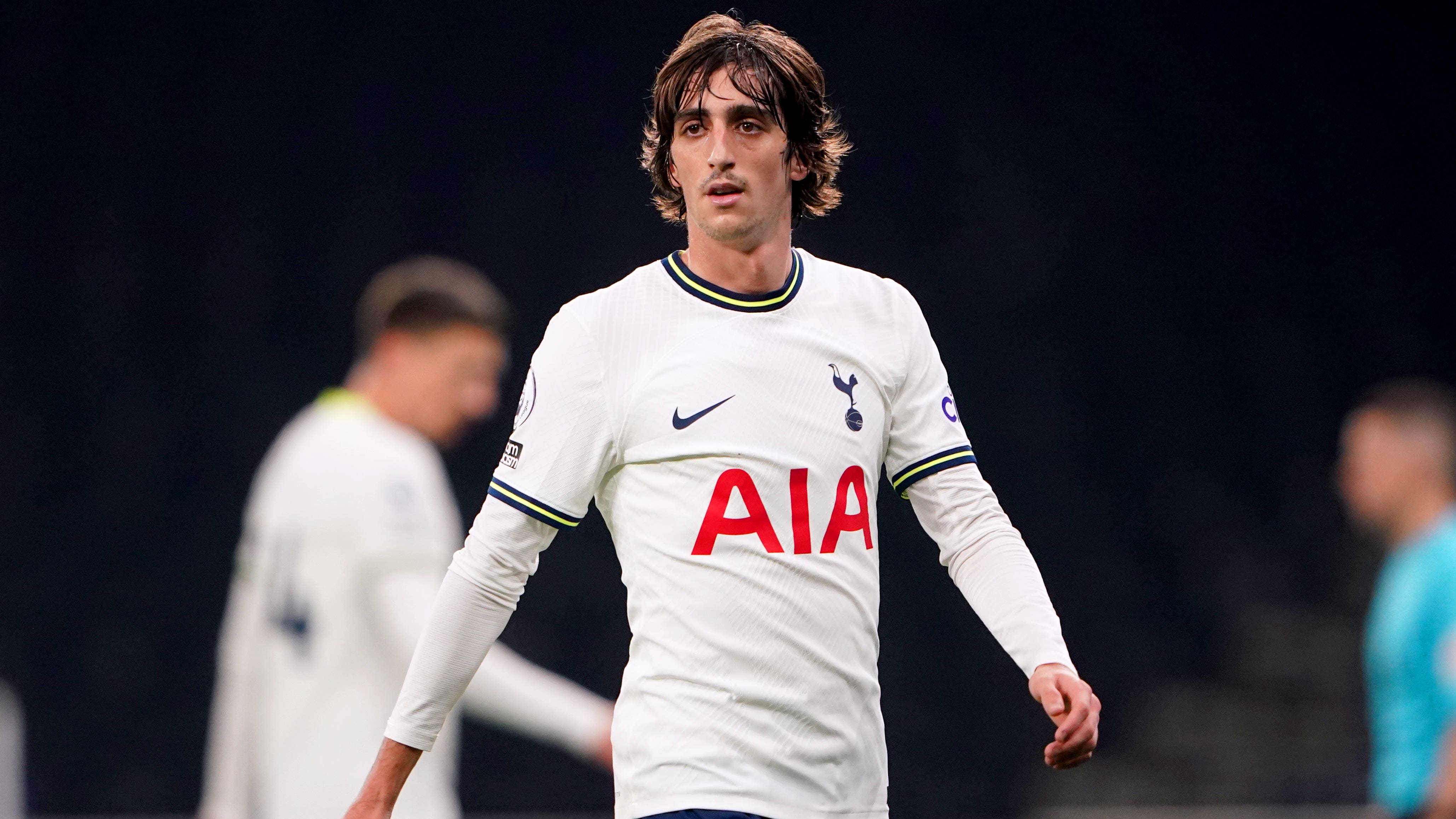 Bryan Gil vows to live up to Antonio Conte praise

By Press AssociationJanuary 8, 2023No Comments

Tottenham attacker Bryan Gil has vowed to repay Antonio Conte’s faith and thanked his boss for comparisons to Bernardo Silva.

Gil, who joined the club 18 months ago from Sevilla, has started each of Spurs’ last three matches after waiting patiently for opportunities this season.

Injuries opened the door for the 21-year-old, who has been compared to Manchester City’s Silva by Conte and also repeatedly described as not strong enough for the Premier League prior to his recent full debut.

Yet an encouraging display on Wednesday night at Crystal Palace was followed up with a lively showing against Portsmouth on Saturday to further gain his managers’ trust while also reducing the possibility of the highly-rated Spanish youngster leaving on loan during the January transfer window.

Gil said: “I’m getting more opportunities now, he is giving me minutes and I have to repay his faith. I have to show he can trust me when I get those chances and show that I can play well.

“I don’t read much of the press but if he said that (about Bernardo Silva) then, well he’s a fantastic player, one of my favourites and he’s on a different level so I suppose I have to say thanks!”

When Gil signed two summers ago, he was rated as one of the hottest prospects in world football but a difficult first half of his maiden campaign saw him sent back to Spain last January on loan to Valencia.

Even though he helped the LaLiga side qualify for the Champions League, he initially failed to kick on at Tottenham during the early months of this campaign with Conte only using him sparingly in Europe.

But the diminutive wide forward believes he is slowly adapting to the demands of English football.

“The physical aspect is something I struggled with in my first year, but I’ve got my head down and worked with the physical coaches and I can notice the difference,” Gil insisted.

“If you want to change physically you have to change everything, your diet, you have to sleep well and you have to put the time in the gym, but it’s difficult. I’m a slim guy and it’s tough to put on lots of weight but I’m getting there little by little.”

Spurs face Premier League leaders and rivals Arsenal next and while Dejan Kulusevski is close to returning from injury, if the Swede is unable to start Conte now has an adequate replacement in Gil.

He added: “This is a great fixture and Arsenal are having an incredible season.

“In the Premier League we got a good result against Palace last week and I think we’re in a good place to think we can win.”