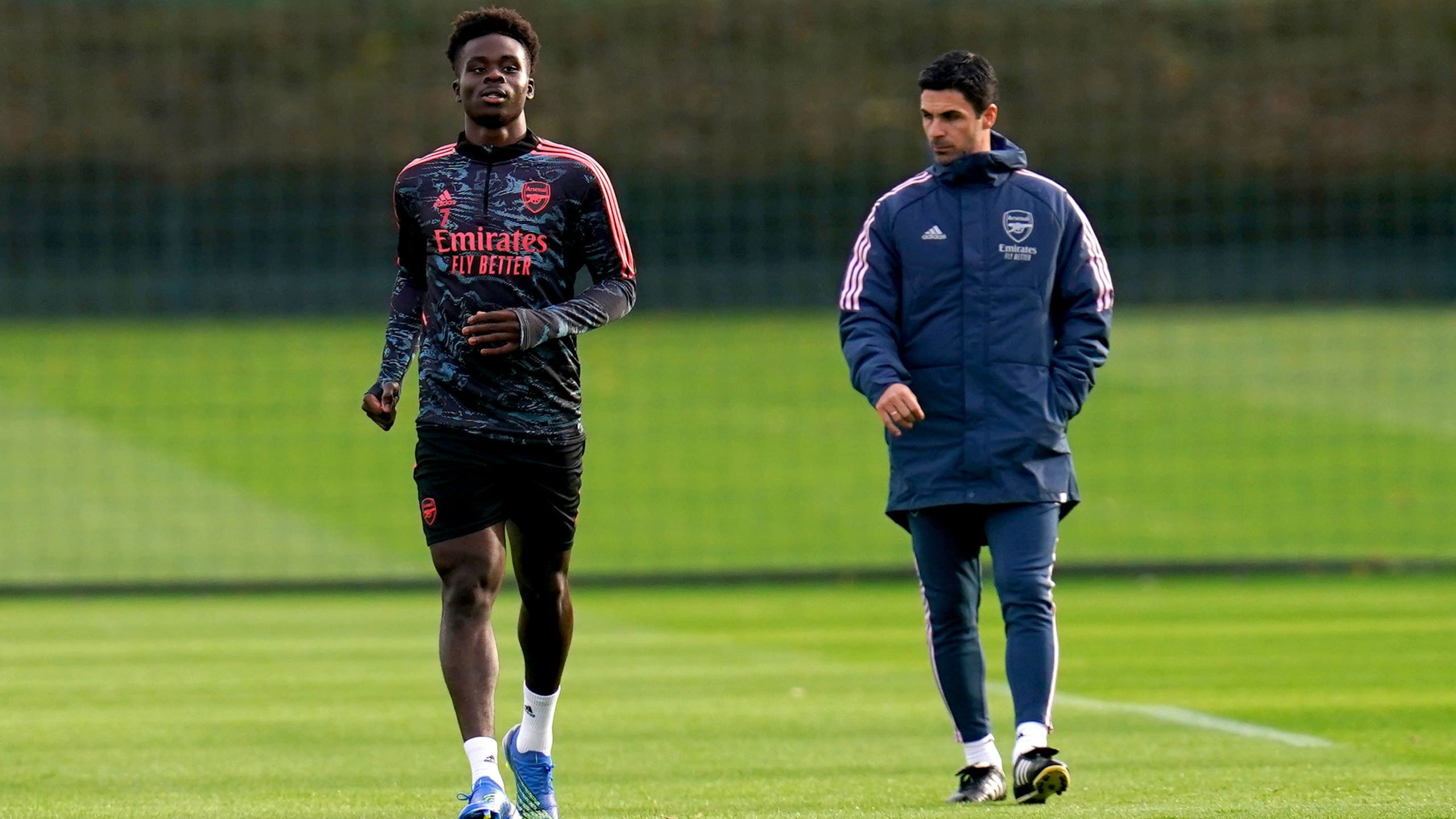 The 21-year-old allayed fears he could miss the World Cup through injury as he trained with his Arsenal team-mates on Wednesday.

Saka was forced off during Sunday’s 5-0 win over Nottingham Forest, lasting just 27 minutes after taking a kick to the ankle, just over three weeks until England open their World Cup campaign against Iran.

Saka then trained at Arsenal’s London Colney base as the squad prepared for Thursday’s clash with FC Zurich at the Emirates Stadium and, speaking soon afterwards, Arteta revealed he could be in contention to feature in the game.

Asked if he could be fit in time, Arteta replied: “Yes.

“Bukayo just missed one or two (training sessions) and he was fine today.

“We’re using our brains and our common sense, but obviously he had a kick. He was uncomfortable with it, we made the decision to get him off and now he’s feeling fine.”

Arteta was involved in a heated touchline debate with both Saka and club doctor Gary O’Driscoll and explained Saka was trying to play through the pain before the decision was taken to replace him with Reiss Nelson – who went on to score twice in the comfortable victory.

“The conversation was easy – ‘he’s in, or he’s out’ – but in between we can’t have a player (injured) for five, six, seven minutes,” he added.

“We have to make a decision and that’s it because we cannot delay a situation like that because every minute that a player is not 100 per cent to play is costing the team and we need to make those decisions quickly.”

With the World Cup imminent, Arteta is keen to keep focus among his players on Arsenal duty as they battle to top their Europa League group and stay at the Premier League summit.

“No, and I don’t want to notice any of that,” he said of any talk about Qatar.

“Every day I feel responsibility to protect them, to guide them, to get the best out of them.

“But we are playing for Arsenal at the moment and that’s what they have to focus on.

“When they played for England or their national teams they have to focus on the national team and on England and this is what we have to.”