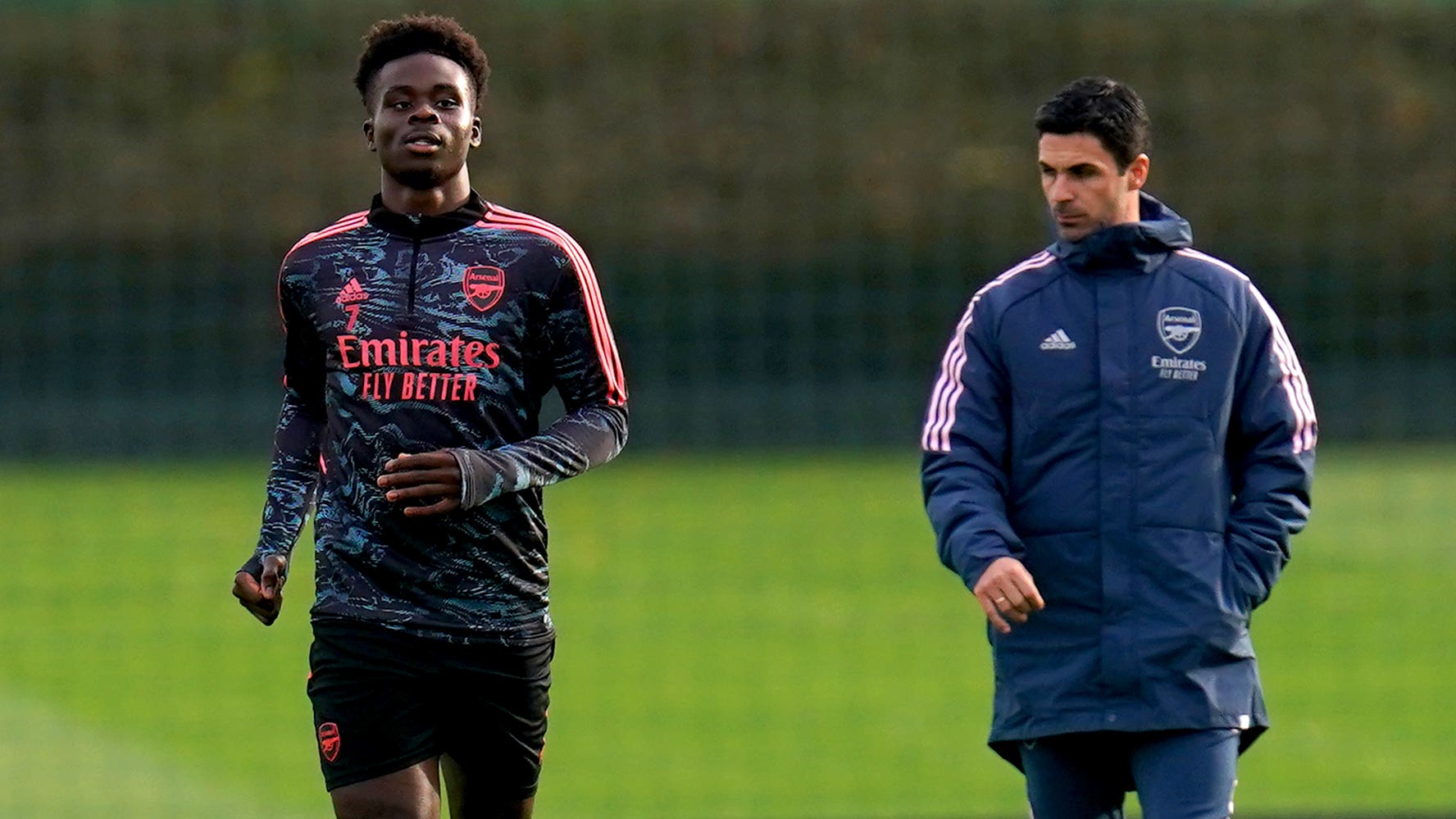 Bukayo Saka allayed fears he could miss the World Cup through injury as he trained with his Arsenal team-mates on Wednesday.

The 21-year-old was forced off during Sunday’s 5-0 win over Nottingham Forest, lasting just 27 minutes after taking a kick to the ankle.

He limped off with just over three weeks until England open their World Cup campaign against Iran, with concerns he could miss out on the plane to Qatar.

Arsenal boss Mikel Arteta said after the Forest win that he was “hopeful” Saka would be fine for the World Cup, adding: “It was a bad kick. Right from the beginning he was limping, but I don’t see any further than that. Let’s see how he is in the next couple of days.”

Saka then trained at Arsenal’s London Colney base as the squad prepared for Thursday’s Europa League clash with FC Zurich at the Emirates Stadium.

Arteta’s side just need to equal the result of PSV Eindhoven – who face Bodo/Glimt – to ensure they qualify as winners of Group A and receive a bye into the last 16.