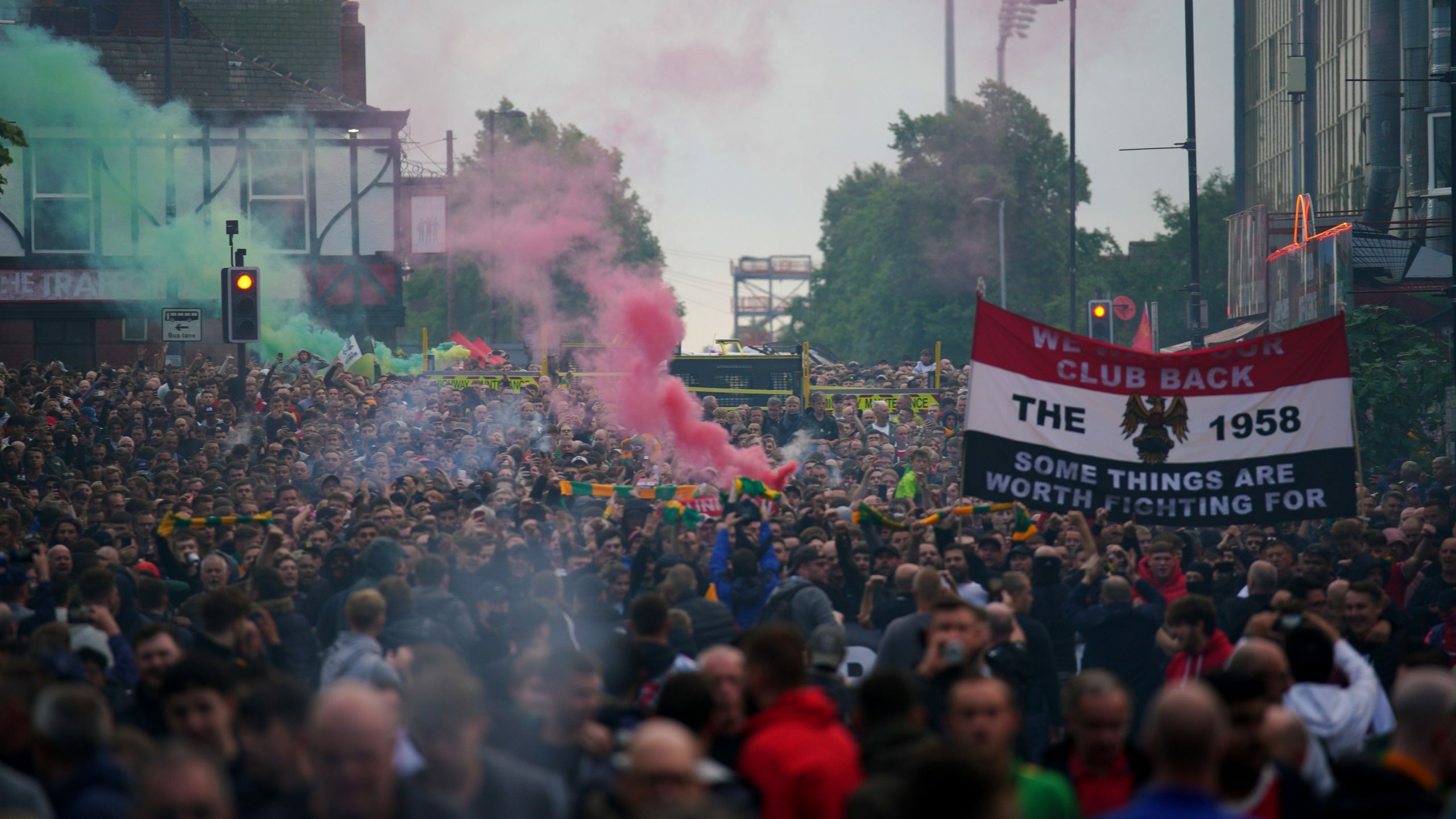 By By Andy Hampson PAAugust 23, 2022No Comments

A bus driver has told of how children hid under seats as a coach carrying Manchester United fans was mistakenly attacked near Old Trafford.

With its passengers apparently taken for Liverpool fans – or even the visiting team – the vehicle was pelted with objects as it made its way through an area heavily populated with United supporters prior to Monday’s Premier League game.

The bus, owned and branded by Manchester-based Beeline VIP Coaches, was actually transporting a touring group of mostly schoolchildren from South Africa.

The incident occurred just over half a mile away from the stadium outside the Tollgate pub, where United supporters had congregated in huge numbers for a protest march against the club’s owners, the Glazer family.

Adam Bradshaw, driver and owner of the coach company, told the PA news agency: “It was a school group from South Africa on a football tour.

“They’ve come over here to visit as many clubs in the UK as they can and play a few games.

“Part of the programme was to go to the game last night because they are all massive United fans. They all had the scarves and shirts on and were excited for the game.

“Then we were outside that pub, the Tollgate, they started throwing bottles and cans at us for absolutely no reason. Kids were cowering under the seats and in the aisleways. It wasn’t good at all.

“I’m a Manchester-based firm, with Manchester written all over the back of the bus in massive letters and with a big Manchester bee on it. It’s hard to believe they thought we were Liverpool fans.”

Footage of the incident was shared on social media by some witnesses, with Bradshaw following up with his own comments on what occurred.

“Many thanks you idiots, we were bringing a group of kids to the game (Manchester United fans) all were frightened to death,” he tweeted via the company’s account.

It took a few minutes for Bradshaw to get the bus fully clear of the area amid the crowds and slow traffic. He was relieved to get away without serious incident.

“My main concern was nobody got injured,” said Bradshaw, who did not want to give details of the passengers. “If a bottle had come through those poor kids would have got showered with glass.

“There were a couple of dents to the panel work but no broken glass, thank God.

“I’ve been to away grounds all over Europe and England never had issues.

“When things started being thrown they (the passengers) wanted to know why we were being targeted and I couldn’t give them a reason for it. I was shocked.

“But I wouldn’t even call those people doing it fans or supporters of United. I’d call them yobs.”

The PA news agency has contacted the organisers of the protest march, ‘The 1958’, and Greater Manchester Police for comment.