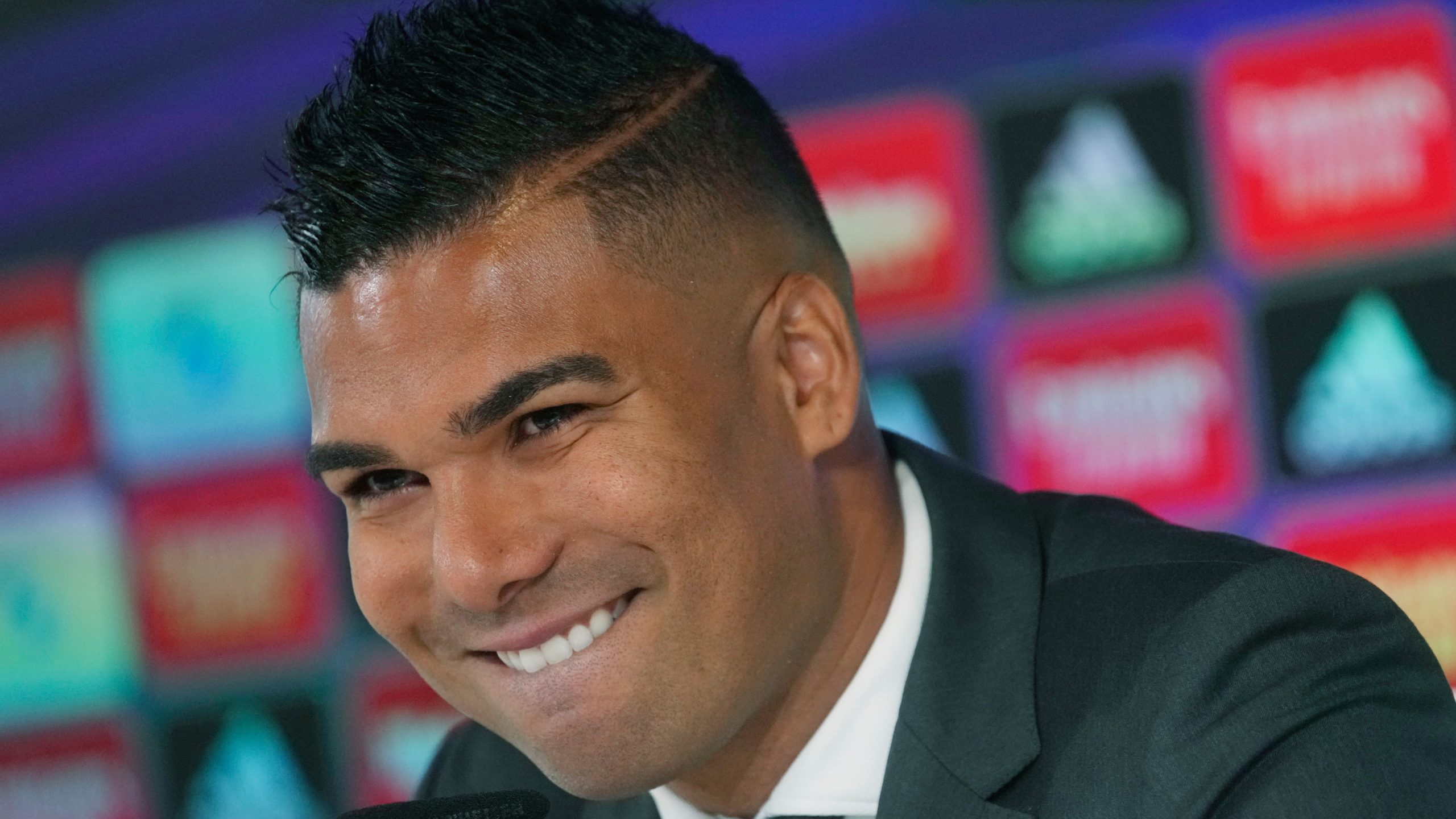 Casemiro determined to succeed with ‘biggest team in the world’

Casemiro insists his move to Manchester United is not motivated by money and says he is determined to succeed at what he believes is “the biggest team in the world”.

The Brazilian, who has enjoyed a glittering career at Real Madrid, winning five Champions Leagues and three LaLiga titles after joining in 2013, is set to be unveiled as Manchester United’s fourth summer signing for a fee of £60million.

United, who have suffered chastening losses to Brighton and Brentford at the start of the new season, have struggled to compete for trophies in recent seasons leading many to suggest Casemiro’s move was driven by money.

But the 30-year-old said during his farewell ceremony at Real Madrid on Monday that he is excited by the challenge at Old Trafford.

“Those who think I’m leaving for money is because they don’t know me,” Casemiro said at the ceremony, as reported by Marca.

“I think there are a few (people) and they don’t know me. It’s not for money. They’re wrong. That’s not the case.

“At the end of the Champions League final (where Real Madrid beat Liverpool) I had the feeling that my cycle was over.

“I am honest. After the holidays, with a clear head, the feeling was the same. It wasn’t that fast. I already spoke with the club as soon as the Champions League finished.

“People don’t forget the club I’m going to, the biggest team in the world and that can compete with the greatness of Real Madrid, although now it doesn’t.”

Cristiano Ronaldo won four Champions League titles alongside Casemiro for Real Madrid but has been strongly linked with wanting a move away from Old Trafford this summer.

“I haven’t spoken to Cristiano, I hope he stays because he’s one of the best players of all time,” Casemiro added.

Casemiro’s deal was not completed in time for him to face Liverpool at Old Trafford on Monday night.

Erik ten Hag has prioritised improving United’s midfield, with the signing of a holding midfielder in Casemiro’s mould something that many have suggested has been needed for a number of seasons.

The Brazilian says he wants to bring the success he enjoyed at Real to United.

“This change is my big challenge now; I spoke to my wife just three days ago and my wife said I look like an 18-year-old kid who is super excited about his new project, and I do feel so excited about playing in the Premier League,” Casemiro added, as quoted on United’s website.

“If I could, I would play today for United against Liverpool. I’m really excited, it’s a club with great history, I will have to work hard to make a name for myself because there, I have won nothing yet.

“At Manchester United, first of all, what I want is to transmit the way I feel about the club, my respect.

“Everything I did here (at Real Madrid), I want to do there too. I want to show my fighting spirit, capacity to work hard, professional attitude. I want to work hard every day to show how serious I am about them. I want to win the league there, I know it is an exciting league.

“I am going through one of the best moments of my career. I feel I’m really fit, mentally I feel great, and I want to continue to enjoy my day to day and hopefully I can do that there. I feel like it’s a great moment to take this decision.”