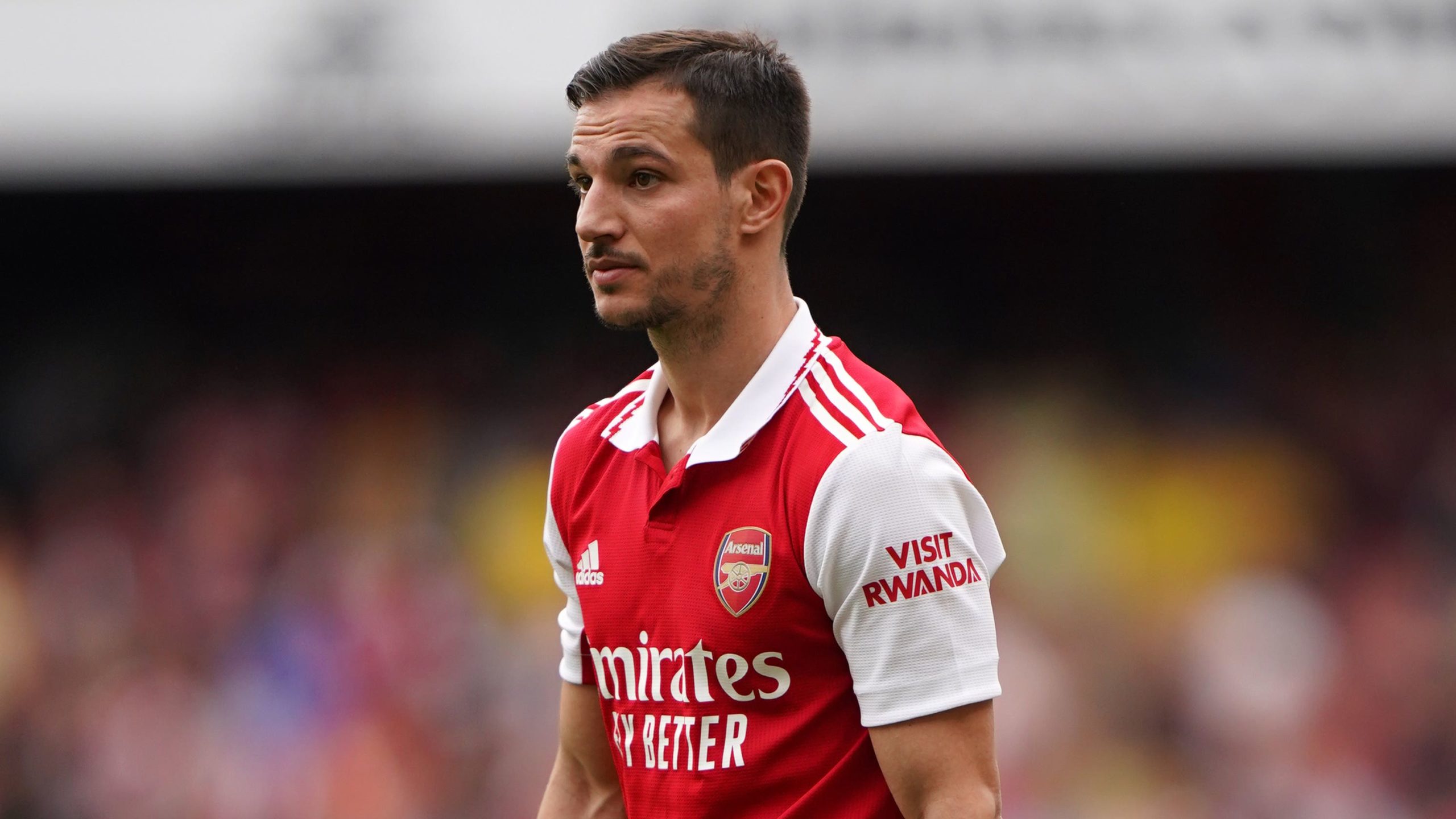 Cedric Soares has expressed his disappointment at not featuring for Arsenal this season as manager Mikel Arteta admits the full-back “deserves” more game time.

The 31-year-old Euro 2016 winner has not played a minute of football for the table-topping Gunners so far this campaign and was once again an unused substitute in Thursday’s 1-0 Europa League win over PSV Eindhoven.

Cedric made 55 appearances across all competitions in his first two and a half years at the Emirates Stadium but has fallen behind Ben White and Takehiro Tomiyasu in Arteta’s pecking order at right-back.

“Of course I am disappointed that I have not played yet this season,” he told the PA news agency.

“I believe since I arrived at Arsenal I have been giving positive answers on the pitch every time I had the chance to play.

“I have been working hard every day, as this is the only way I know to get where you want to be.

“Of course I want to play and I want to help the team to win and achieve its goals and I will grab the opportunity when I get it. I feel I am in great shape and I am always 100 per cent ready to help the team.”

Speaking after the PSV victory, Arteta admitted Cedric “deserves” more minutes for his team since returning from an injury which sidelined him at the start of the season.

“The competition is one thing, the second one is because he was injured for a while,” said the Spaniard when asked about Cedric’s continued absence.

“He had a recurring injury but now he is fully fit and he’s a player that deserves to play and I want to give him the minutes because he deserves it.”

Arsenal travel to Southampton on Sunday looking for another win to keep their four-point lead at the top of the Premier League.

Cedric is not expected to feature against his former club, his lack of game time now likely to see him miss out on a place in Portugal’s World Cup squad, his last cap coming in March 2021.

Despite being unhappy with the lack of opportunities, Cedric insists he will be ready and raring to go when called upon.

“I will always remain totally committed and I’ll be ready whenever I’m needed,” he added.

“I like to help the team in any way I can on and off the pitch and that’s important to me. Challenges are part of football and we have to understand that.”