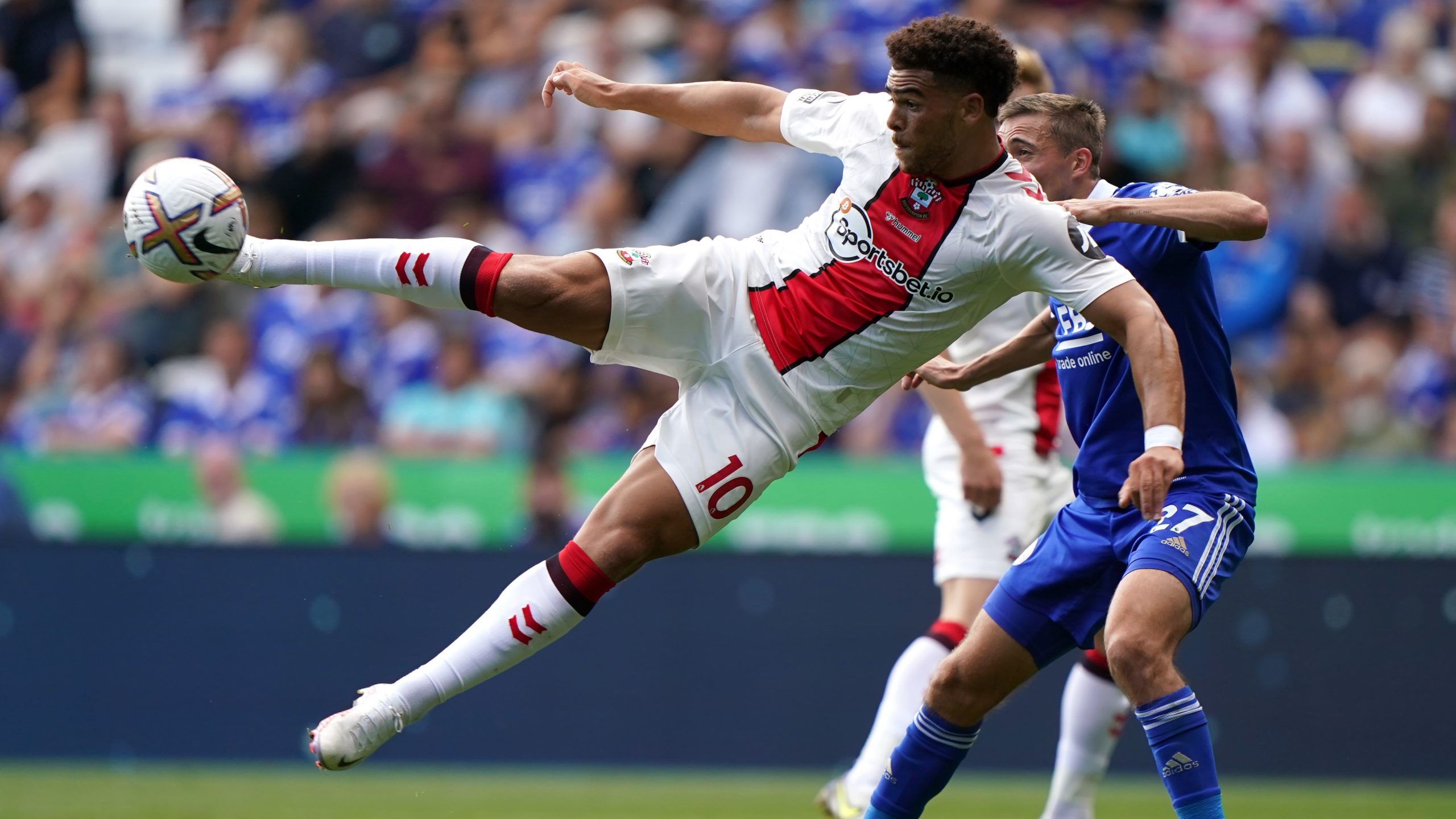 A week on from overcoming a two-goal deficit to draw 2-2 with Leeds, Ralph Hasenhuttl’s men had to dig deep again having fallen behind to James Maddison’s free-kick at the King Power Stadium.

Adams was unable to start having dealt with a groin issue during the week but changed the dynamics of Saturday’s match from the bench, firing home from close range before his stunning scissor kick sealed a 2-1 win for Saints.

“Delighted,” the Southampton striker said. “To get the three points and to score two goals is a perfect day.

“We have a very, very big character. We’ve got a young squad with us and everyone’s just trying to learn their trade in their positions in football.

“So huge congratulations to all the team. As I said, everyone is quite young so it’ll take time but we’re getting there.”

At an average of 23 years 238 days, Southampton’s starting line-up at Leicester was the youngest they have ever fielded in the Premier League.

It was a promising performance that they will try to build on over a challenging period, with home league games against Manchester United and Chelsea following Tuesday’s Carabao Cup clash at Cambridge.

“It doesn’t get much bigger than that, does it?” Adams said to club media when asked about their next Premier League matches.

“To pick up as many points as we can as quick as possible will give us the best head-start and we’ll keep grinding for that.

“In the Premier League no game is going to be easy so to pick up as many points as you can, away from home especially, come the end of the season it’ll be massive for us.”

Leicester travel to Stockport in the Carabao Cup before facing the same league opponents as Saints, with their trip to Chelsea on Saturday then followed by the arrival of Erik ten Hag’s United.

That match falls on transfer deadline day – a moment Brendan Rodgers will be relieved to see the back of given the speculation swirling around his players.

Wesley Fofana was omitted from the matchday squad amid interest from Chelsea, while Youri Tielemans and Maddison are also attracting interest.

One man who is definitely staying is Jamie Vardy, whose new deal with Leicester until 2024 was announced hours before kick-off against Saints.

“It was great this morning but obviously it’s bittersweet when we’ve had the result that we’ve had,” the 35-year-old told LCFC TV.

“We want to be winning as many as possible, that’s what football is all about, picking the points up and getting in the dressing room happy afterwards, so it’s going to be a lot of hard work, but that’s the work that we’ve got to put in.”