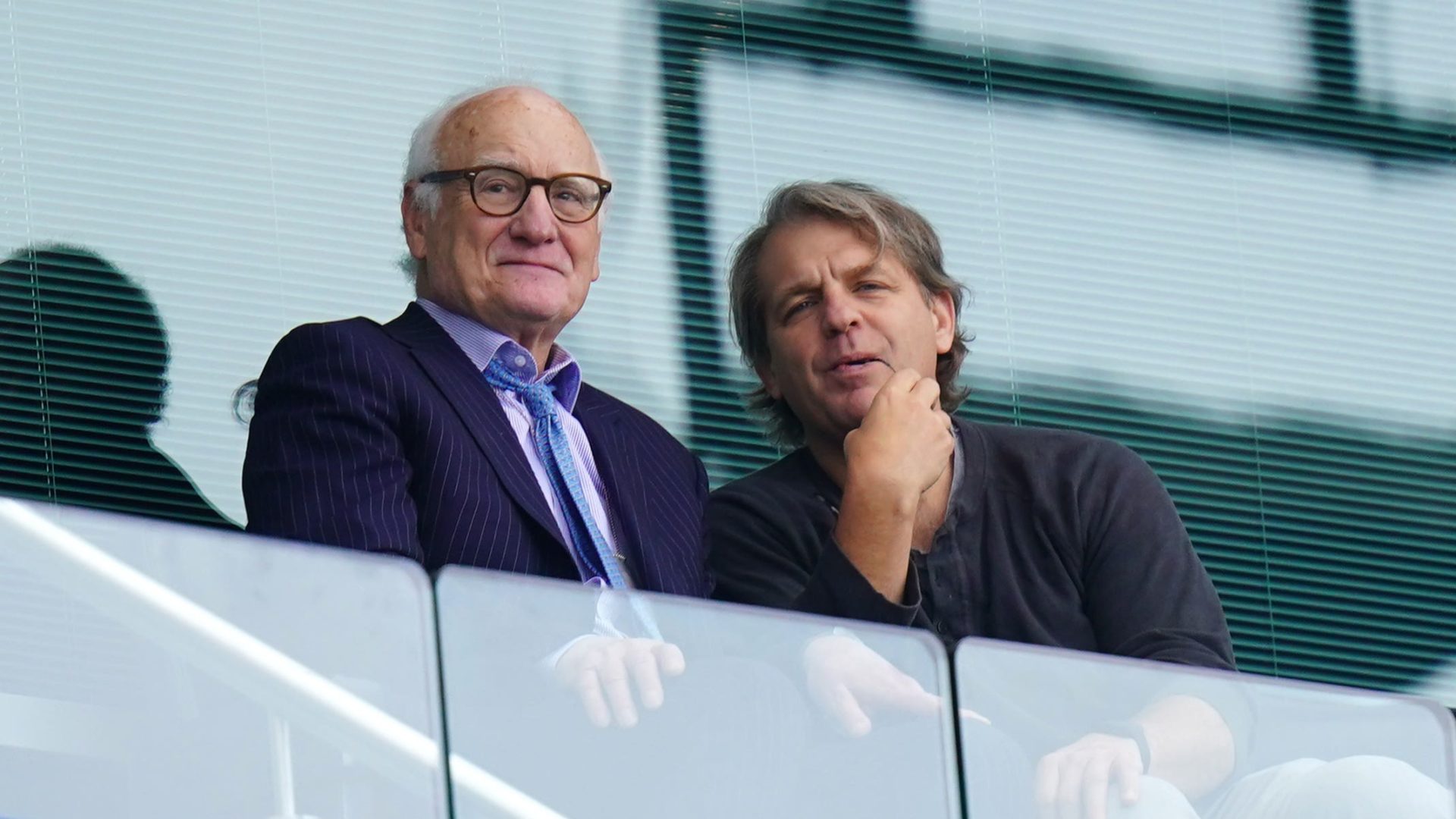 Todd Boehly was left with his head in his hands as Chelsea relinquished a Romelu Lukaku-inspired two-goal lead to slip to a 2-2 Premier League draw with Wolves.

Visiting captain Conor Coady rescued a point with an added-time header for Wolves to stun the Blues, who had stormed into a 2-0 second-half lead through Lukaku’s smart double.

Incoming Chelsea owner Boehly was on hand at Stamford Bridge just hours after signing a purchase agreement to buy the west London club from Roman Abramovich.

The 46-year-old US tycoon was left bemused by VAR, delighted by Lukaku’s return to form – his first league goals since December – and then deflated by the Blues allowing a winning position to slip away.

Chelsea’s club-record £98million signing Lukaku’s brace should have won the day for the Blues but Wolves had other ideas, with Francisco Trincao and then Coady turning the match on its head.

Trincao’s fine 18-yard effort dragged Wolves back into the contest, with the 22-year-old fearing he had blown it by skewing wide from an even better chance.

Coady came to his team-mate and Wolves’ rescue, however, nodding home Chiquinho’s cross to floor a stupefied Chelsea.

Lukaku’s first league goals since the 1-1 home draw with Brighton on December 29 took him to 14 for the season in all competitions and into an outright lead as the Blues’ top scorer.

That brace should also have driven Chelsea to one big stride towards Champions League qualification.

Instead, the Blues must labour on in patchy form, with a defeat and two draws from their last three matches.

Lukaku at least offered green shoots of a recovery for the future but all that was overshadowed by the Blues relinquishing their winning position.

The 28-year-old fell foul of Chelsea and manager Thomas Tuchel at the turn of the year after a damaging interview with Sky Italia in which he had revealed dissatisfaction in west London.

Lukaku apologised to Chelsea internally amid the fallout, with Sky Italia only releasing the interview almost a fortnight after it was conducted.

The delay had exacerbated the interview’s impact, with Lukaku appearing to have turned a corner and been back in the goals around Christmas.

The former Manchester United and Inter Milan hitman has struggled for fluency and rhythm ever since, with questions on his long-term future refusing to go away.

Chelsea would doubtless prefer to make good on their record investment in Lukaku over cutting their losses, though.

Perhaps the presence of the club’s impending new owner offered Lukaku just the lift he had been looking for.

The powerful Belgian forced a second-half penalty, drawing Romain Saiss into a trip in the box.

Chelsea’s number nine stepped up and buried the spot-kick without issue to cut the tension after a patchy and goalless first half.

Wolves ceded possession cheaply but Pulisic capped an industrious second half with a piece of quick thinking that yielded an important goal.

Chelsea’s two-goal lead lifted an air of tension at Stamford Bridge and for all the world the Blues looked primed to press on and canter to a calm victory.

Just when the hosts had the game on lockdown, however, up popped Trincao with that fine finish to heap a renewed nervous tension on the Blues.

Trincao should have stolen a point only to miss a chance that was easier than his goal, leaving Chelsea to mop clammy brows.

Coady still managed to find time to shock the hosts with a headed goal to send the travelling fans into raucous celebration.

A sterile first half was punctuated with interest only by Ruben Loftus-Cheek being denied the opening goal due to offside after a VAR check.

Boehly looked confused while both sets of fans vented frustrations with the clunky technology through expletive-laden chants.

Los Angeles Dodgers co-owner Boehly’s consortium is only Premier League and Government approval from taking the Stamford Bridge helm, with Abramovich set to sell the Blues after 19 years owning the west London club.

The new Chelsea supremo was only minutes away from revelling in victory but instead was left as stunned as the Blues players that the hosts had failed to wrap up the win.