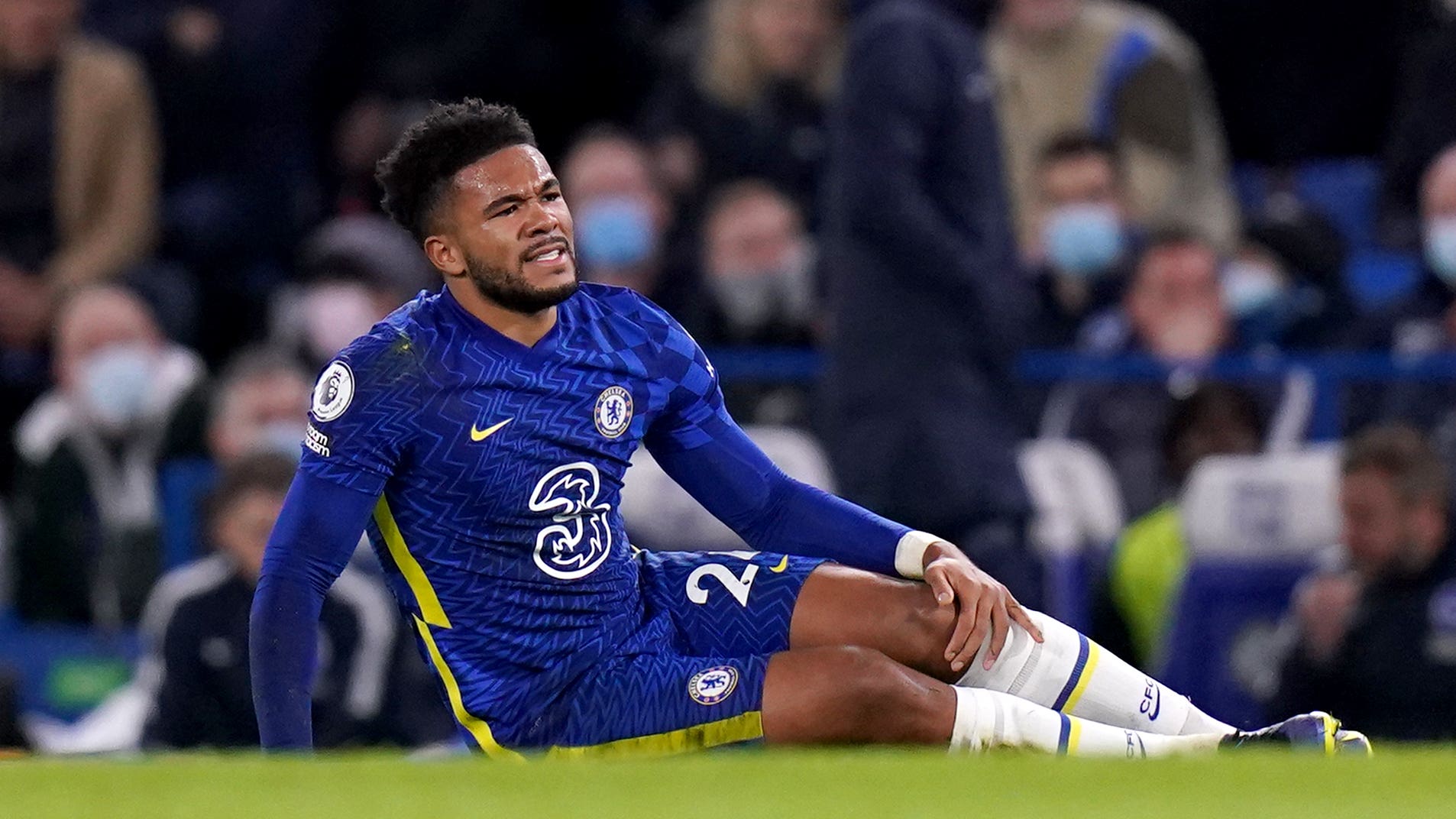 Chelsea boss Graham Potter revealed Reece James will be in a knee brace for a month in a further blow to his World Cup hopes.

The defender is expected to be out for eight weeks after suffering a knee injury in Tuesday’s Champions League win at AC Milan.

It means he will not be fit until after the group stage of the tournament in Qatar, which starts next month, with his prospects of being included in Gareth Southgate’s England squad fading.

“In terms of his involvement in the World Cup, I don’t know, it will depend on how he recovers. He’s in a brace for four weeks so that slows everything down,” said Potter after Sunday’s 2-0 win at Aston Villa.

“He is going to be in a brace and that has implications over what he needs to do to get fit from there.

“He is disappointed, naturally upset because he is injured for us. He misses games for us when he’s in a fantastic moment. I thought his performance in Milan was incredible. He has got himself into a real good moment of form.

“He will give everything, he will fight and try his best to get back as quickly as he can. When he is he will be a top player.

“It wouldn’t be my place to predict what will happen. Our job is to help him in the short term now and get him back.”

But Potter had no issues with how the problem was handled after James spent an extra 24 hours in Milan.

“The boys had a couple of days free. Especially with the international players, sometimes you need to give them a break when you can and that was the idea,” he said.

“Reece felt some discomfort the following day and came home and we got it assessed as quickly as we could. Nothing has got any worse because of how he acted in those times. Now we have to support him.”