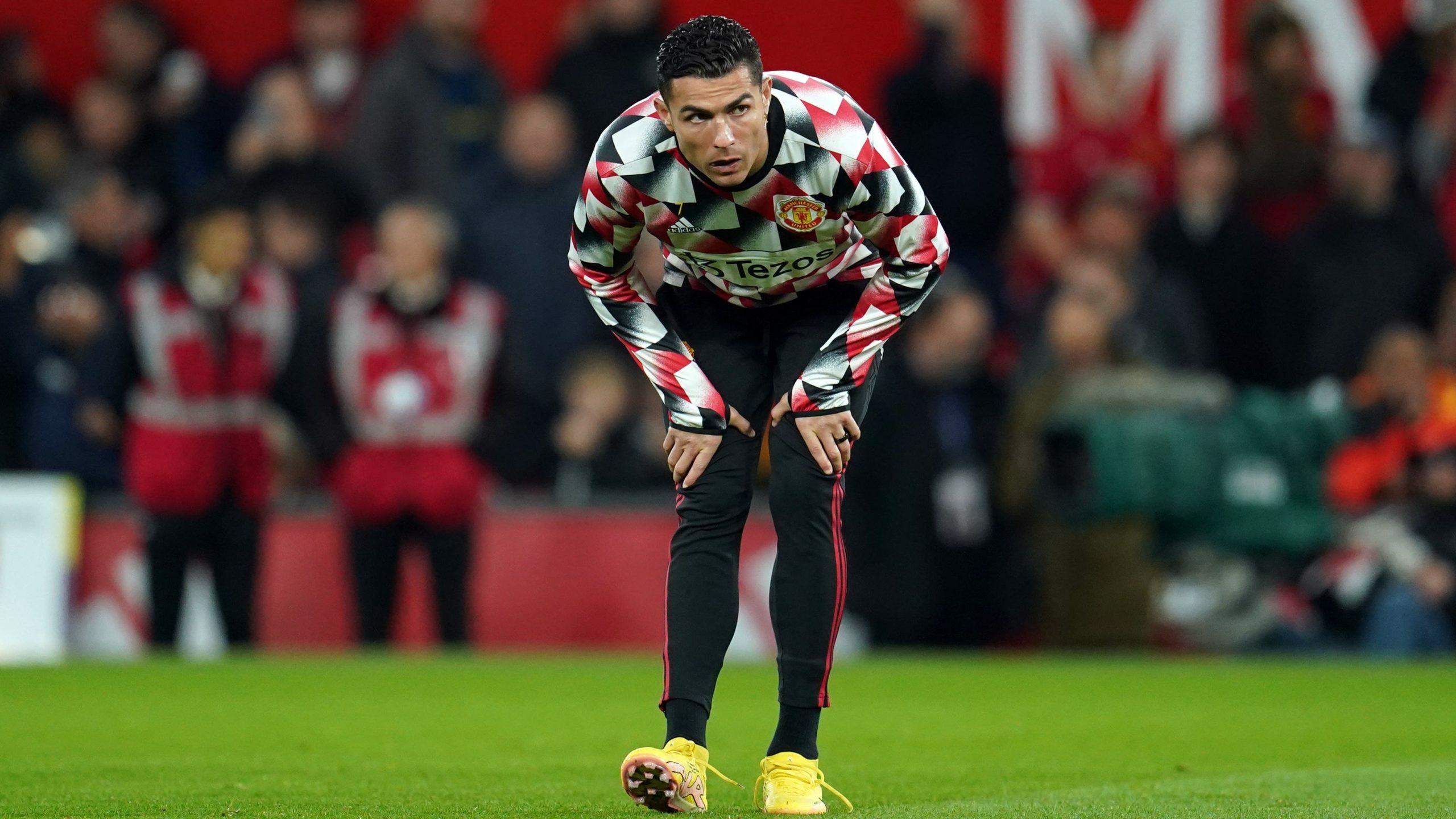 Cristiano Ronaldo will not be a part of Manchester United’s squad against Chelsea this weekend after his early exit at Tottenham added to his troubled season.

The Portugal great remained a Manchester United player following a summer of speculation around his future but has barely started games under Erik ten Hag and was revealed on Thursday to have left Old Trafford before the end of Wednesday’s win over Tottenham.

Here, the PA news agency assesses Ronaldo’s impact in his second spell with United, and how it compares to his first.

The final three seasons of Ronaldo’s first spell at Old Trafford, in which he hit double figures for league goals each year and peaked at 31 in 2007-08, saw him average almost six shots per 90 minutes.

That exalted figure – which he surpassed in some seasons with Real Madrid but is in line with the most prolific shooting seasons for his long-time rival Lionel Messi and exceeds any mark achieved by the likes of Harry Kane or Robert Lewandowski – translated into his goal tally, thanks to converting almost 10 per cent of his shots in both 2006-07 and 2008-09, when he scored 17 and 18 league goals respectively.

In his first season back, he needed a similar conversion rate (16.4 per cent) merely to reach 18 league goals, and he has taken only 126 shots and barely four per 90 minutes since his return.

Perhaps the biggest obstacle to success for Ronaldo is the incompatibility between an increasingly static ‘number nine’ and Ten Hag’s demanding pressing system.

Having made his name as a teenage winger after initially arriving from Sporting Lisbon in 2003, Ronaldo steadily took on more of a finishing role and, after his move to Real Madrid in 2009, evolved into an out-and-out centre-forward – and that is reflected in his level of involvement in the game and the nature of his contributions.

Having approached 2,000 total touches in the 2006-07 and 2007-08 Premier League seasons, he broke that threshold in 2008-09 and averaged 2,018 touches for those three campaigns – the earliest for which such data is available on the league’s official website.

Last season, by contrast, he was on the ball just 1,237 times in the league – in slightly less playing time, but the difference of around 300 minutes, or 11 per cent, from his average season before leaving is minimal compared to the near-40 per cent drop-off in involvement.

Adding in this season, nine per cent of Ronaldo’s touches since returning to the club have been shots, up just slightly on 8.9 per cent over his prolific scoring seasons before leaving.

More noticeable, though, is the increase in passing which now accounts for over 70 per cent of his touches, compared to 58.5 per cent before his departure. The combined figure is up from 67.4 per cent to 79.9 per cent, painting Ronaldo as a pass-or-shoot focal point in a system built on fluid movement and high energy.

Ronaldo’s goals gained United 14 points last season, almost a quarter of their 58-point total and a tally exceeded only by his 31-goal season 14 years previously when his efforts were worth 19 points.

He scored almost 42 per cent of United’s 57 league goals, breaking 40 per cent for the second time after 2007-08, and his effect on their win percentage was striking.

United won 14 of Ronaldo’s 27 starts, 51.9 per cent – and while that percentage is the lowest of his United career, their win ratio dropped all the way to 18.2 per cent in the games he did not start. They averaged 1.70 points per game with him in the XI, compared to 1.09 without.

Starting on the bench in the wins over Liverpool, Southampton, Leicester, Arsenal and even Everton, in which he came on before half-time and scored the decisive goal, sets up a different story this season.

Ronaldo’s only league starts this term have come in the draw with Newcastle and the humiliating 4-0 loss to Brentford, giving United an average of 0.50 points in those games compared to 2.25 with Ronaldo not in the XI.