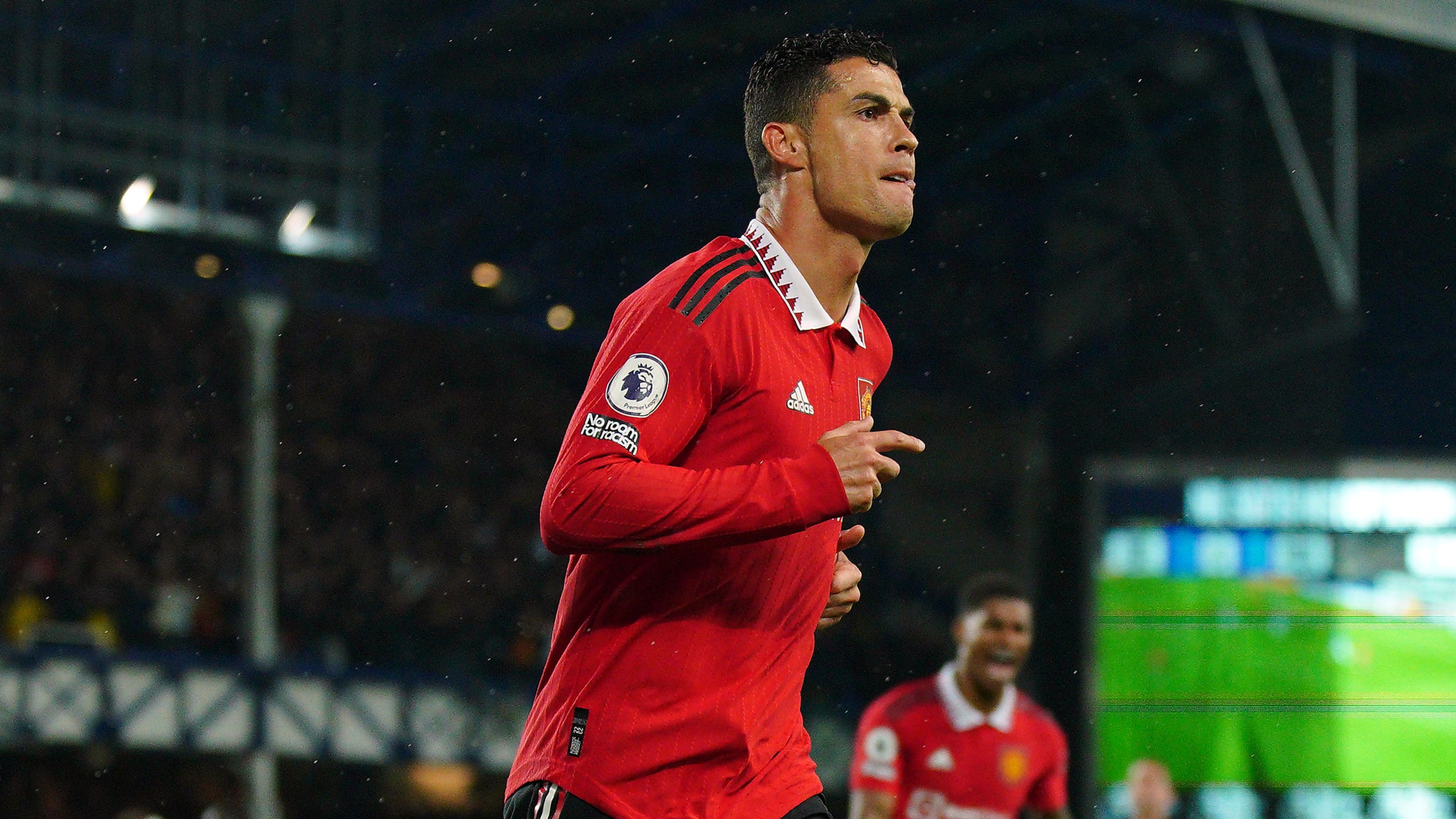 By By Carl Markham PAOctober 9, 2022No Comments

Cristiano Ronaldo’s 700th career club goal clinched a 2-1 victory at Everton which moved Manchester United to within a point of the top four.

The 37-year-old was only on the pitch due to Anthony Martial’s inability to run off an injury sustained in the warm-up, but it was no great surprise he seized the opportunity afforded him.

Ronaldo had been previously limited to just 207 Premier League minutes by new manager Erik ten Hag, who could not find a place for him in a system which is based on mobility and pressing.

But, while the veteran Portugal international may not be ideally suited to those requirements, he can still show a turn of pace and an unerring eye for goal when he has to and that is exactly how he brought up his landmark shortly before half-time.

Antony’s neat finish had cancelled out Alex Iwobi’s early, sumptuous curling strike to turn the momentum in United’s favour, but it was a passage of mistakes which presented Ronaldo with his moment in history.

Casemiro gave away possession to Iwobi, only for the Everton midfielder to run the ball straight into the path of his opponent, whose immediate response was to send Ronaldo scampering clear down the left wing.

There was only one thought in his mind as he bore down on goal and, while his low strike whistled past Jordan Pickford, the England goalkeeper would have been disappointed to have been beaten at his near post.

The goal typified a scrappy game which was interspersed with moments of absolute quality.

Iwobi’s strike set the tone in only the fifth minute when Amadou Onana robbed Casemiro, allowing Demarai Gray to charge forward and, with United back-tracking, he teed up his team-mate to bend a shot inside David De Gea’s left-hand post for Everton’s 1,500th Premier League goal and his first since March.

But the top-flight’s tightest defence were soon exposed after another loss of possession, this time by the usually-reliable Idrissa Gueye, who gave the ball away to Bruno Fernandes, who appeared to be given the freedom of Goodison Park for the evening.

Martial took up the counter-attack in the final third and his inviting lay-off to Antony on his right saw the £82million summer signing caress a shot over Pickford to become the first United player since Ian Storey-Moore in 1972 to score in his first three league appearances.

But his claim to fame was soon to be surpassed as, after Pickford saved from Christian Eriksen and Martial – his last action before succumbing to an injury he had been carrying from kick-off – Ronaldo entered the fray in the 29th minute.

His first involvement was to be flagged offside after Fernandes thought he had put the visitors in front when Vitalii Mykolenko unsuccessfully tried to dribble out of the penalty area.

His second was a weak effort easily saved by Pickford but, after the unmarked Casemiro missed a header from eight yards, there was no mistake with his third a minute before half-time.

It was his 144th for United over two spells, with 450 for Real Madrid making up the bulk in addition to 101 for Juventus and five for Sporting Lisbon.

The general quality barely improved in the second half, with United failing to press home their advantage and Everton posing little threat.

Even the long-awaited return of striker Dominic Calvert-Lewin, for his first appearance of the season 15 minutes from time, and a debut for former United midfielder James Garner failed to make a difference.

Everton were fortunate to escape further punishment when Marcus Rashford, capitalising on Ronaldo’s flick on, had a goal ruled out by VAR for handball after James Tarkowski’s challenge lifted the ball on to his arm.

But De Gea had the final say with a brilliant one-handed save to deny Garner from distance in added time as Everton’s six-match unbeaten run came to an end with a whimper.