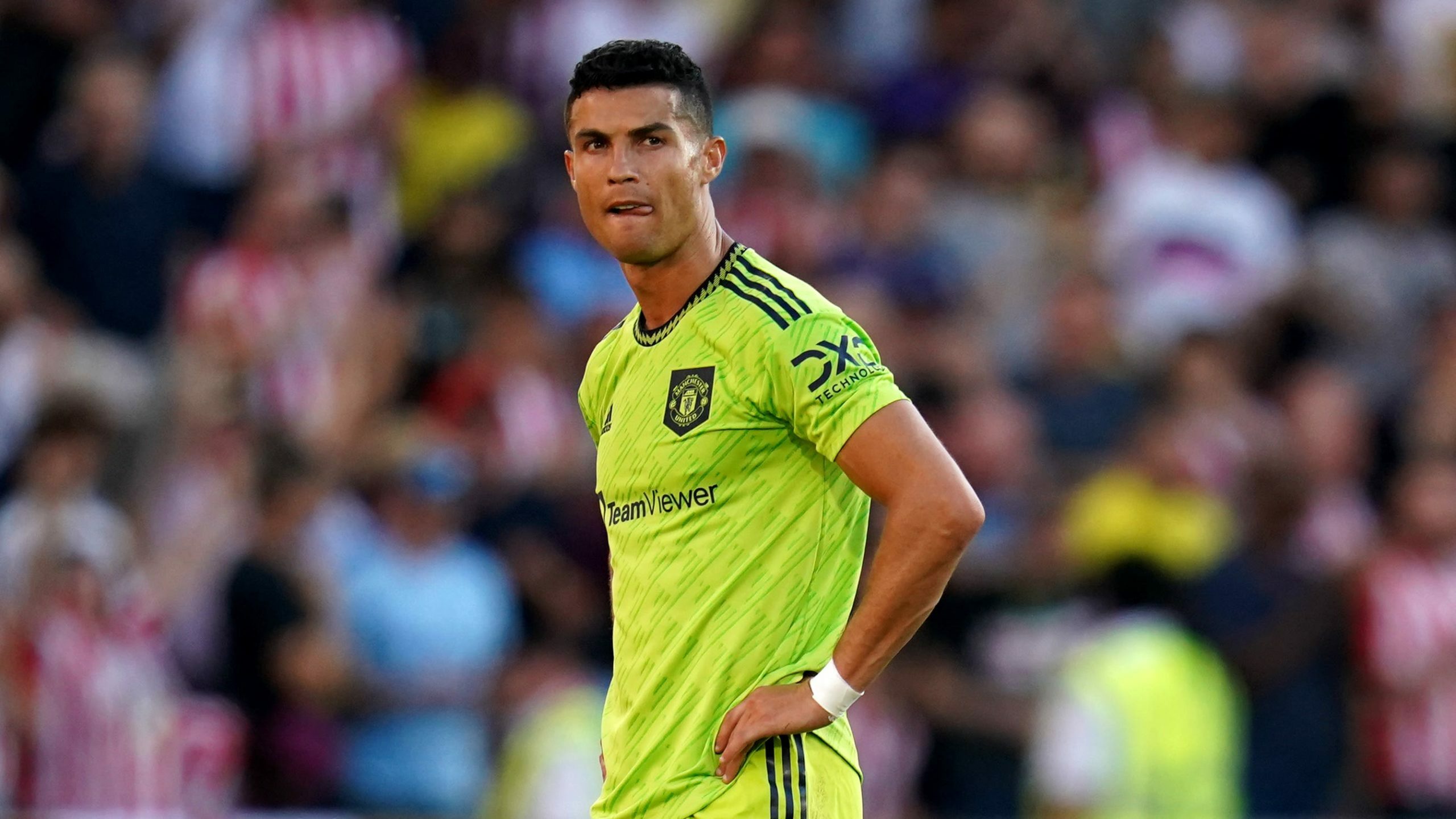 Cristiano Ronaldo hits out at ‘lies’ regarding Manchester United future

Cristiano Ronaldo has hit out at the “lies” surrounding reports about his future at Manchester United.

The Portugal forward missed United’s pre-season tour to Thailand and Australia because of personal reasons amid speculation over whether he would be leaving Old Trafford.

It has been reported Ronaldo wants to play Champions League football, but United maintain the 37-year-old is not for sale and remains an integral part of the plans of new boss Erik ten Hag.

Ronaldo played the full 90 minutes of United’s 4-0 defeat at Brentford on Saturday, which left them bottom of the Premier League.

In a reply to a fan account on Instagram which referred to a report linking the United frontman to Atletico Madrid, Ronaldo said: “They (will) know the truth when they interview in a couple weeks. The media is telling lies.

“I have a notebook and in the last few months of the 100 news I made, only five were right. Imagine how it is. Stick with that tip.”

Manchester United will look to kickstart their Premier League campaign when they host Liverpool on Monday night.

United’s owners have come under fire following the team’s terrible start, with former defender Gary Neville warning the club could finish in the bottom half of the Premier League if they do not address their “horror story” recruitment strategy.

Billionaire Elon Musk, meanwhile, sparked a social media frenzy when he teased the prospect of buying United from the Glazer family.

The Tesla founder made the comment in a late-night tweet, then later clarified his position by saying he had no intention of buying a sports team and that it had been a “long-running joke”.